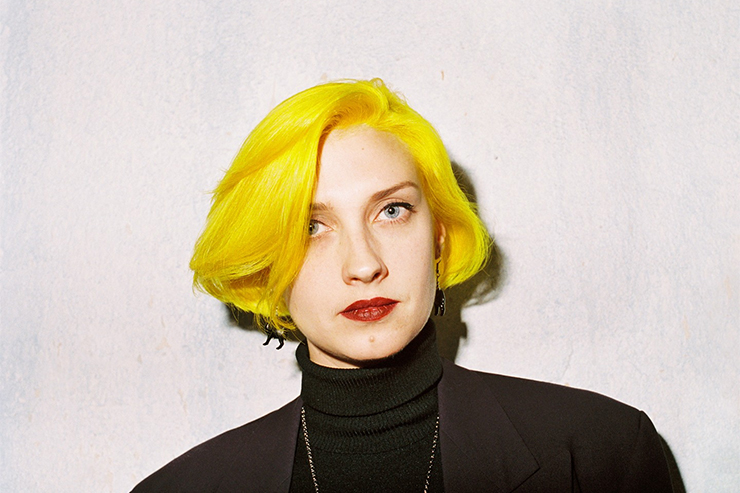 Molly Nilsson is the mesmerising Swedish synth pop artist making loneliness cool again. The queen of DIY is as independent as it gets, recording her own music and releasing albums via her own record label, Dark Skies Association. Creator of the song to listen to when you’re “at a party and hate everyone”, Nilsson has written a lyric for every kind of melancholy walk home.

She has almost released an album every year, from ‘These Things Take Time’ (2008) to her latest LP release ‘Twenty Twenty’ in November. Her lyrics examine ennui and despair with social interactions and behaviour, yet somehow bring a hope and optimism to being alone.

Nilsson is welcomed back to Brighton for what will surely be a starkly intimate show, often pairing her lone voice with a CD of her tracks in the background – this is a karaoke to watch solemnly, preferably alone.

Sometimes an article is a bit of a team effort, and those are tagged SOURCE Writers. If you’d like to be part of that team, hit the Contact link at the top and get your work on this website.
← PREVIOUS POST
Lewes Psychedelic Festival, 8-9th Feb
NEXT POST →
The Delines, Wed 6th Feb
Mailing List
Recent Posts
Website developed in Brighton by Infobo
Copyright © Brighton Source 2009-2021
Molly Nilsson, Fri 8th Feb - Brighton Source