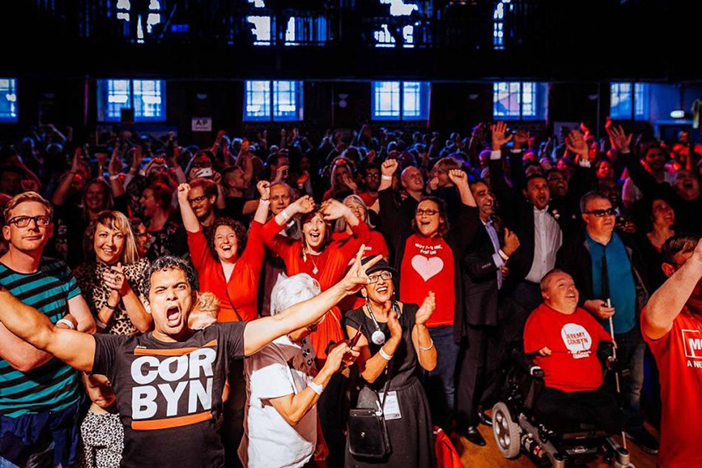 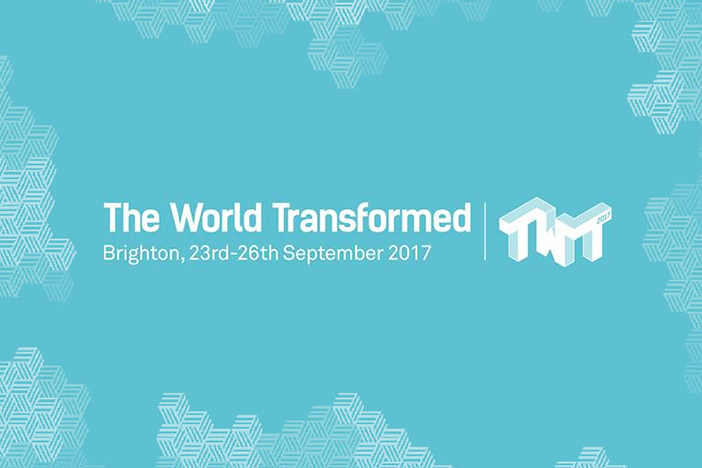 The result of the last general election was surprising and exciting in equal measure. Although it left many Labour voters in the absurd situation of celebrating the fact they lost, it also seemed to suggest that the Tories’ days are numbered. That so many people responded to Corbyn’s positive and progressive message, in the face of all the nonsense cooked up by the tabloids, was an achievement in itself. However, everyone knows there’s still a long way to go before anything actually changes.

This month the wave of optimism unleashed by the June result is to be carried forward by The World Transformed, a four-day ‘fringe festival’ that runs alongside the Labour Party conference at the Brighton Centre. The programme is spread across nine central Brighton venues and offers over 160 hours of talks, workshops, plays and debates. Guests include big name authors and MPs as well as grassroots activists and artists.

There are around 80 different events taking place from 23rd – 26th September at venues including the Synergy Centre, Komedia and Fabrica. Many are panel debates covering topics as diverse as childcare, technology, mental health and football (the latter featuring local punk poet Attila the Stockbroker), as well as topical and pressing issues like Grenfell Tower, Brexit and the NHS.

Highlights include film director Ken Loach, who threw Britain’s growing underclass into sharp relief with the release of I, Daniel Blake last year, discussing the role of politics in art with a panel that includes rapper provocateur Lowkey and South London artist Barby Asante.

Comedian and activist Mark Thomas joins a debate on undercover policing – a topic that even he might struggle find much humour in – while Labour Party luminaries like John McDonnell, Clive Lewis and John Prescott weigh in on various other big issues. The much-maligned Dianne Abbott joins a panel debate on race while Dennis Skinner does a Q&A at the Odeon following a screening of a documentary all about himself. Probably the most eloquent shouting you’ll ever hear on West Street.

Naomi Klein and George Monbiot are both giving talks based on their latest books; hers about climate change, his about how advances in science are challenging the toxic of creed of individualism. Meanwhile, journalists Paul Mason and Owen Jones both get stuck into a couple of debates on topics such as neo-liberalism, Brexit and the prospects of a Labour government.

There’s also a couple of gigs, bookending the weekend, both at the Synergy Centre. Shay D, Boudicca and Anthony Anaxagorou come together for a night of spoken word and live hip hop that also features Jordan Stephens from Rizzle Kicks with his latest rap/poetry project Al, The Native. The finale comes on Tuesday with Horse Meat Disco, The Soweto Kinch Trio and Rag ‘N’ Bone Man’s erstwhile Brighton rap crew, Rum Committee.

The World Transformed is organised by Momentum and follows on the back of a similar event that took place in Liverpool last year. There’s also a separate, but hardly co-incidental, ‘Concert for Corbyn’ on the Sunday night at the Concorde. This gig has a strong line-up of Liverpudlian musicians, much like the spectacular People Powered show at Brighton Dome last year (which we reviewed here). This time round the bill includes Stone Foundation, The Farm, Edgar Jones, Red Rum Club and former Cast frontman John Powers.

Jezza himself made an appearance at that Brighton Dome show, and he may well repeat the trick given he’ll be staying at a hotel just down the road. As we’ve come to learn, the man is full of surprises. If the last few years of politics have taught us anything, it’s that anything can happen.

Ben Bailey is the editor of Brighton Source and a freelance writer. He also plays in a few bands and can sometimes be found giving talks on a variety of niche topics. He lives in Brighton and rather likes it.
← PREVIOUS POST
Bruce Parry: Tawai: A Voice From The Forest, Sunday 24th September
NEXT POST →
Cropredy Festival 2017 Review
Mailing List
Recent Posts
Website developed in Brighton by Infobo
Copyright © Brighton Source 2009-2020
The World Transformed, 23th-26th September - Brighton Source