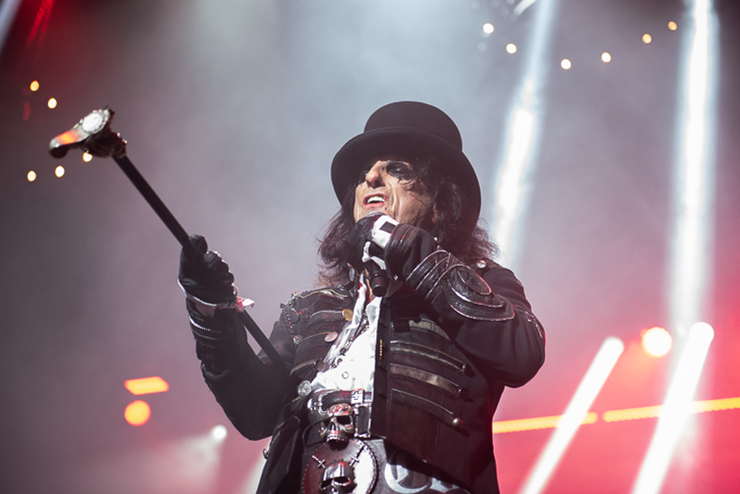 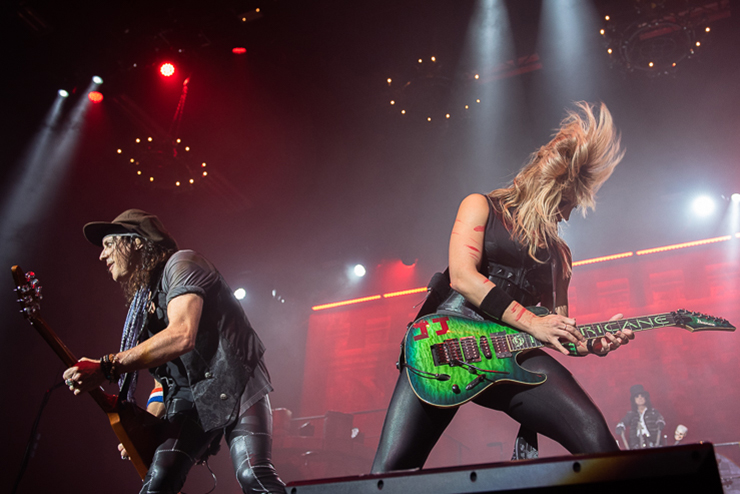 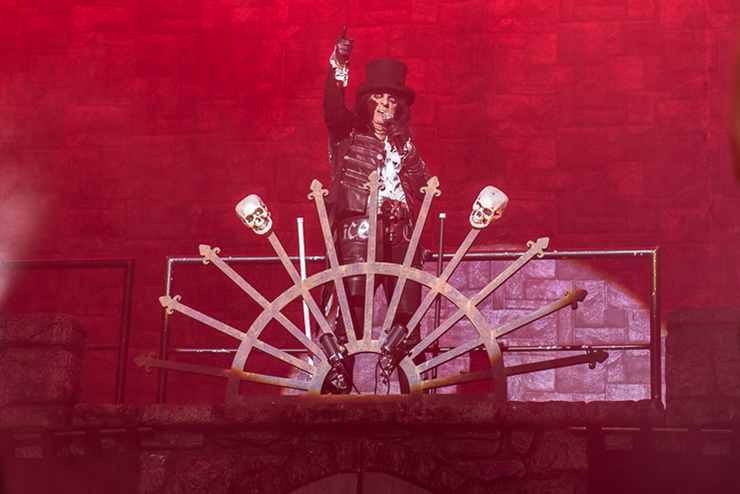 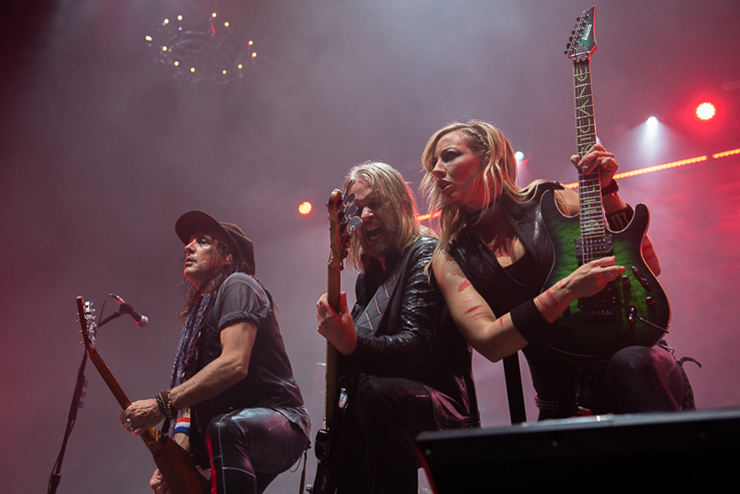 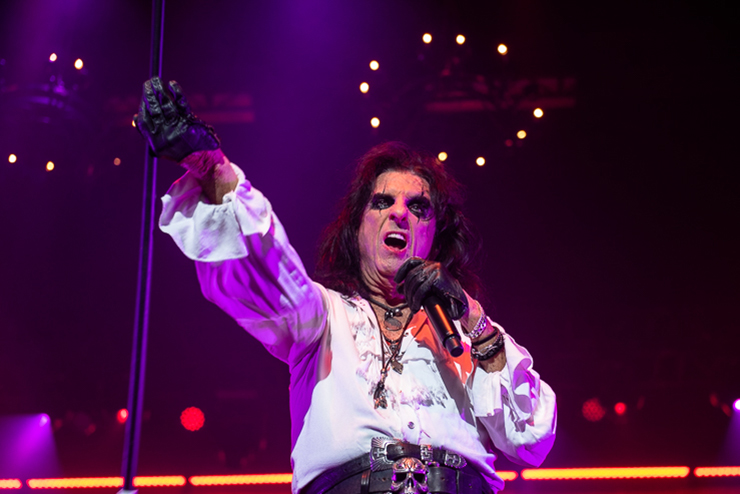 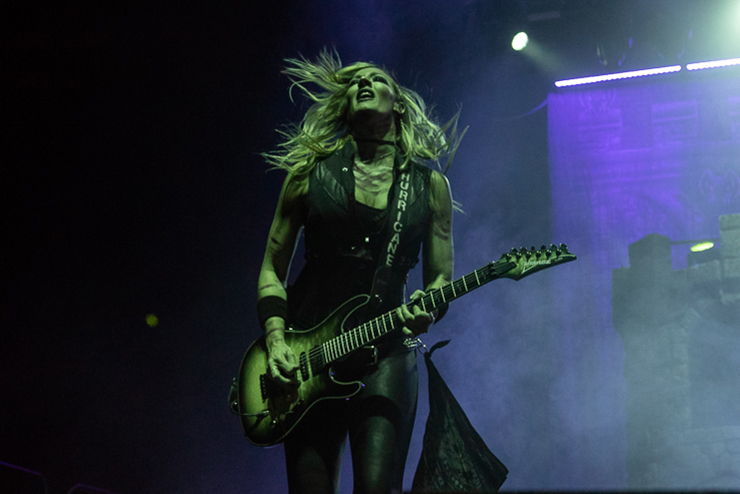 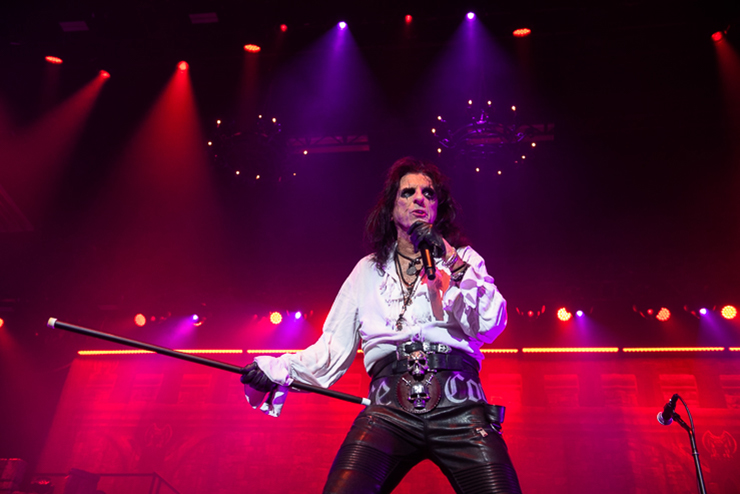 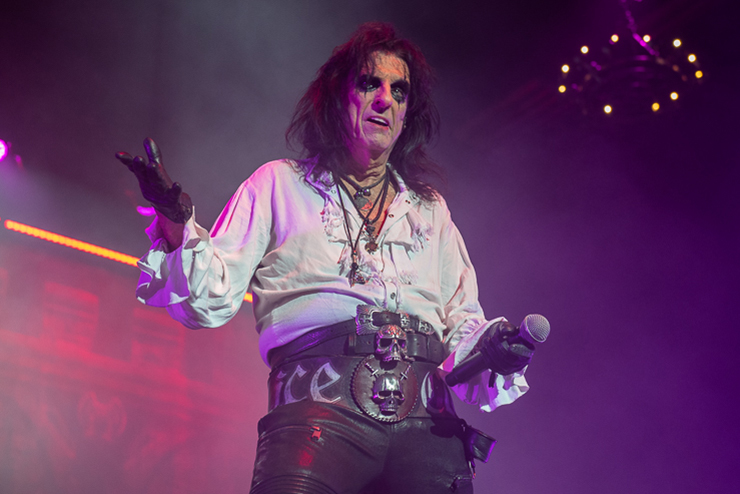 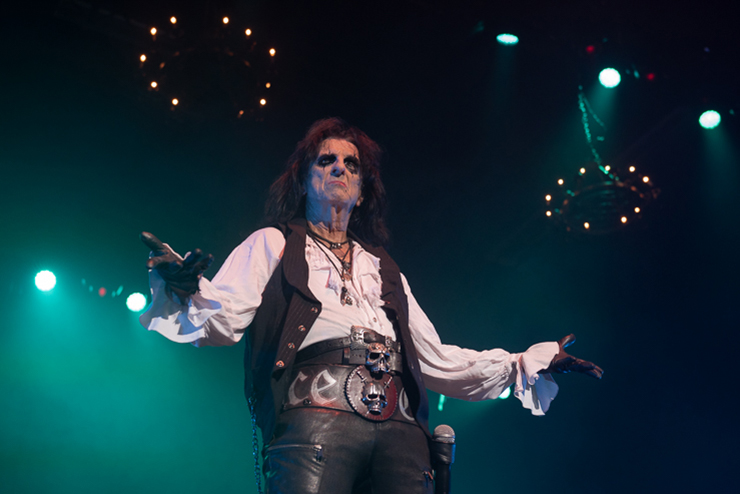 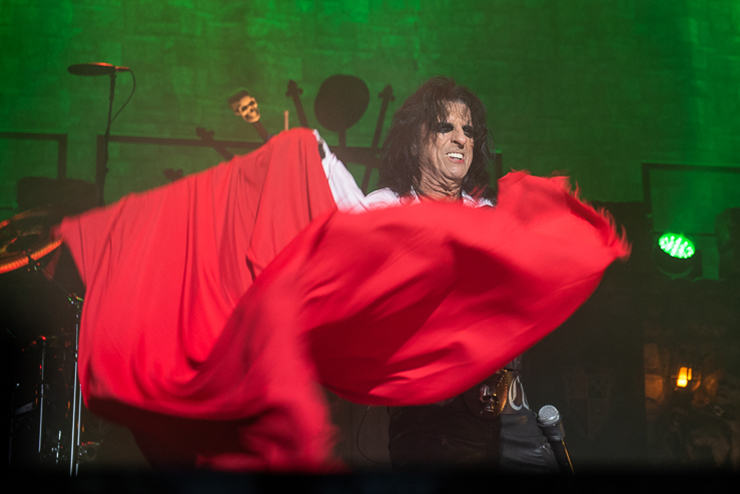 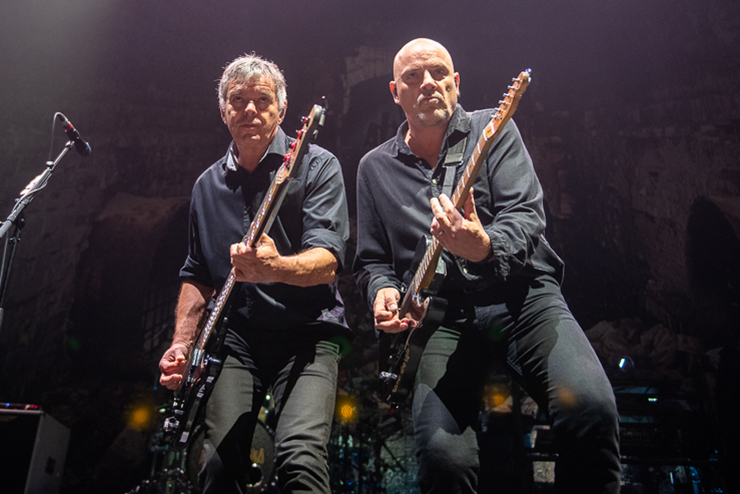 Three headline acts, none of which we’d seen before, made up a triple-bill of trouble makers at The Brighton Centre.

Opening the evening was The MC50. Guitarist Wayne Kramer was born in Detroit in 1948 (the same as Alice Cooper) but showed no signs of his age as his punk rock supergroup blasted through a set of 60s garage classics. Those arriving early were rewarded with the iconic ‘Kick Out The Jams’ and ‘Looking At You’ delivered with relish and gusto by vocal powerhouse Marcus Durant, looking very much like the offspring from a Sideshow Bob and Joey Ramone drug-fuelled one-night-stand. His performance was a perfect substitute for the late Rob Tyner and an amazing start to the night.

Next up were The Stranglers. Original frontman Hugh Cornwell quit almost thirty years ago and with drummer Jet Black now retired from live performance the band continue with bassist Jean-Jacques Burnel on bass and Dave Greenfield on keys as the last remaining original members. Their well-chosen, tour-perfected set was a selection of mostly classic singles played in front of a derelict sewer backdrop. ‘New boy’ Baz Warne has been lead guitarist and singer since 2006 and, while sounding a little like his predecessor, brought his own style to the band’s sound. The intro to ‘Golden Brown’ got a big cheer and ‘Walk On By’ was great, if overlong, but the best reception was for a thumping ‘No More Heroes’ that began with a ‘turned up to 11’ bass solo from Burnel and left the crowd shouting for more.

With a two-level haunted house stage set revealed it was clear that we were in for the full Alice experience. And so it was with a ten-foot Frankenstein appearing for set opener ‘Feed My Frankenstein’ and you could see Cooper relishing his role during ‘No More Mr Nice Guy’. He showed his blues harmonica prowess then got his maracas out for ‘Muscle Of Love’, all the while owning the stage and audience.

Two teens appeared in the house and one was quickly dispatched by a knife-wielding Friday The 13th’s Jason before we were treated to three back-to-back crowd pleasers. Following ‘I’m Eighteen’, which saw the two outstanding lead guitarists going head-to-head, the horror panto continued with Alice battling a giant, demonic ‘Billion Dollar Baby’ with a fencing sword, before the later 80s hit ‘Poison’ proved just as popular with the hyped-up audience.

Drummer Glen Sobel powered each song with incredible twin bass drum speed and showy stick spins and the guitarists were given a chance to shine on a band-only number. Alice returned in a straitjacket and acted out the psycho drama of ‘Steven’ which led to him being beheaded by a guillotine; his head held aloft by the giant baby at the end of ‘Dead Babies’. It makes you think of the impact his early shows must have had on an unsuspecting Glam Rock loving 1970s British public.

Original band member and co-writer Dennis Dunaway joined Alice, now resplendent in white top hat and tails for the final song, ‘School’s Out’, which included a tribute to Ginger Baker and a segue into ‘Another Brick In The Wall’ before ending with a splash of rainbow lights and golden streamers. A fine ending to a fantastic evening of legends who proved that you’re never too old to rock.