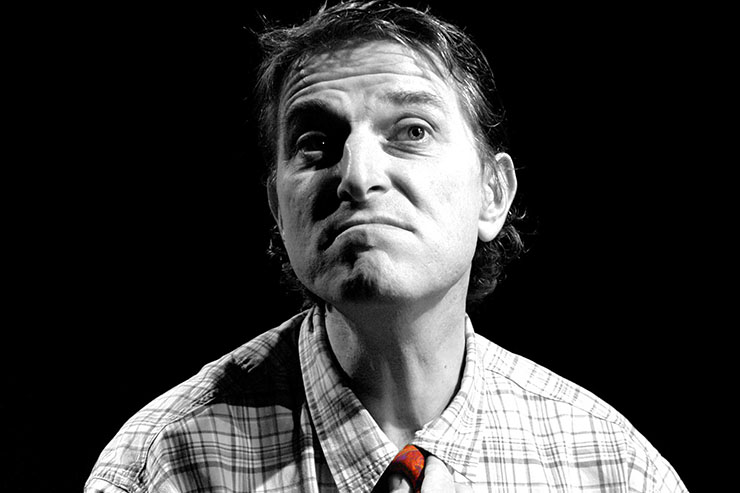 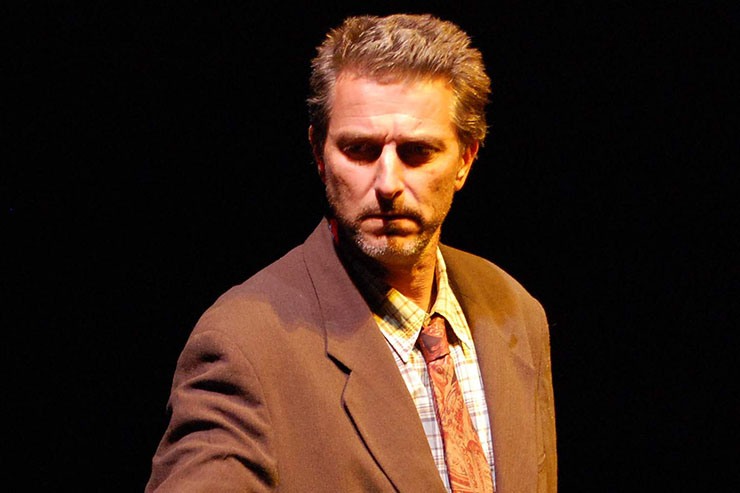 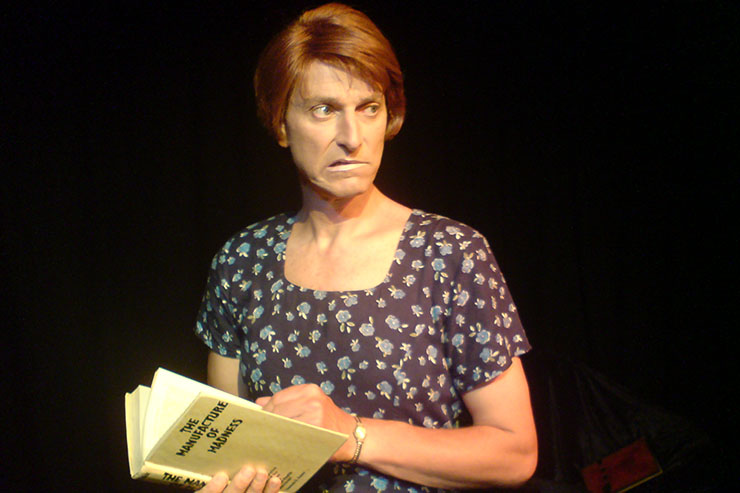 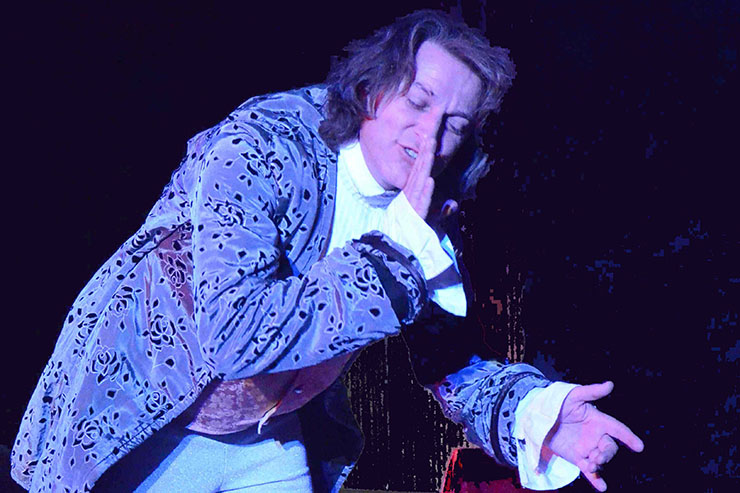 Try 60 minutes alone on stage. Everyone is looking at you. And you’re probably looking at them. That’s just one of the tensions in solo theatre. But there’s a lot more to it than that.

We spoke to Jonathan Brown, the artistic director of the first Lewes Festival of Solo Theatre, who has a solid track record as a teacher, director and performer. He sees the form as “intense – it’s not for the feint hearted – it is you, it’s direct and you are narrating it.”

Jonathan has stacked 14 one-person shows into this three-day festival on the 8th, 9th and 10th November. It was inspired by related events in Arundel and Winchester but also from from classy work that’s emerged from his solo drama courses in London and Lewes since 2012. The result is a curated festival that contains comedy, contemporary social drama, historical themes and local tales. Some of the shows are already award winners.

Jonathan has previewed nearly every play in the festival. We can only give a quick sample here. ‘Hens’, by Olivia Nicholson, is a dark comedy about a women’s night out which examines peer group pressures to be successful at drinking, sex and relationships. Daniel Finlay’s play ‘Damien’ takes up the story of Damien de Veuster, the priest who ministered to a colony of lepers in 19th century Hawaii. In ‘Moon Tales’ by Kate Darach, thirteen women from different times and backgrounds represent their raw experience beneath the same number of full moons. Meanwhile, a woman’s ticking fertility clock inspires ‘Eggspiry Date’ by Louse de Pury: what do you do with your eggs at 40?

Jonathan Brown also sticks his own neck on the platter. His play, ‘The Silent Stream’, takes on King George IV – a contender for the hedonist award of the 1820s – who gets his engineer to divert Brighton’s now-buried river in order to plonk down his weird pavilion near the Old Steine. The pagans buried beneath St Nicholas’s Church would surely be turning in their graves. Meanwhile Jonathan turns performer in ‘Large Print Trash’ about a transgender father denied access to his child.

What’s special about solo theatre? Jonathan points out “it’s highly accessible and doesn’t need lot of resources”. Another plus is that “it’s easy to create your own theatre – write it, rehearse it, and put in on!” And according to Jonathan, “yes, it’s definitely self-centred!” So one person “plays all the roles and may do their own sound and light” although many performers do seek an external director.

Jonathan’s track record in theatre dates back to work in Devon and, since 2012, the five-week course in solo theatre that he has run in London and Lewes. “Over 60 people have done the course… some for self-development while others have developed award-winning shows.”

Each play is about an hour – so you can afford to gorge yourself on plenty of live, close-up theatre.
If you want to get in cheap, buy an advance pass for multiple shows. But you can just turn up on the night. There are also two free shows put on by graduates of Jonathan’s course. Check the festival site for the latest deals. There is adult content so most shows are for the over 14s. But, Jonathan points out, ‘Crime Scene Illusion’ by Tracy Wise is definitely family-friendly.

The whole festival takes place at the Lewes New School in Talbot Terrace, near the Elephant and Castle pub. The school set up by the late Adrienne Campbell (Lewes-based writer, ecologist and activist) has been highly supportive to the festival. Lewes town council have provided a grant to support the first year of the festival. And sweat-equity by the team has done the rest.

Mike lives in Brighton. This is a full time occupation. He's also a researcher, writer and activist. Any time left over he spends hanging around cafes and pubs listening to people on their phones. He loves theatre that pokes into difficult places. You won't find him on Facebook.
← PREVIOUS POST
Alice Cooper Review
NEXT POST →
Yonaka, Fri 8th Nov