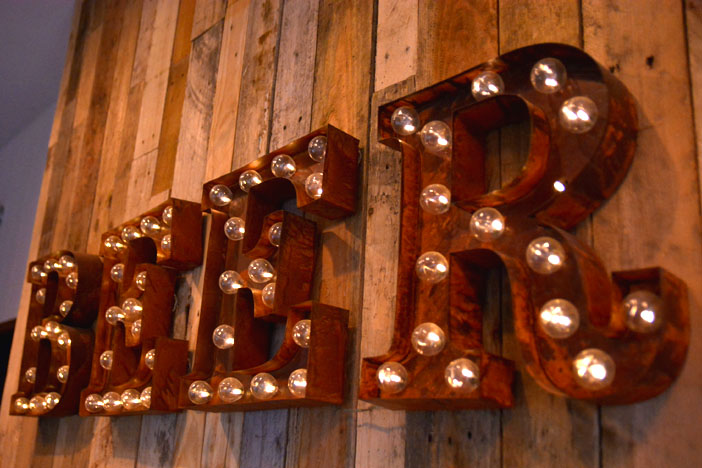 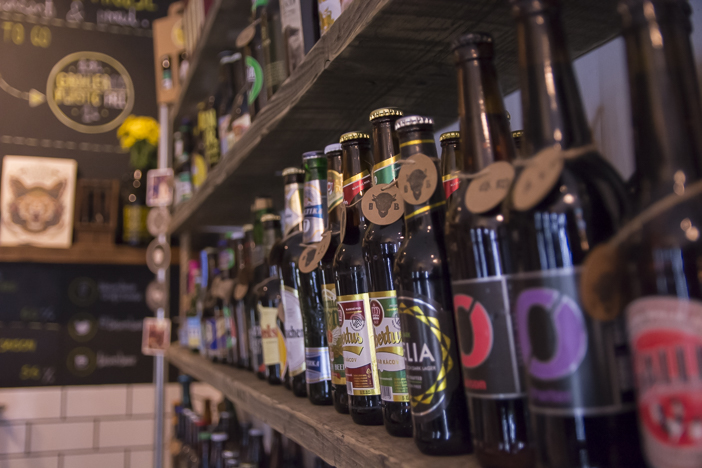 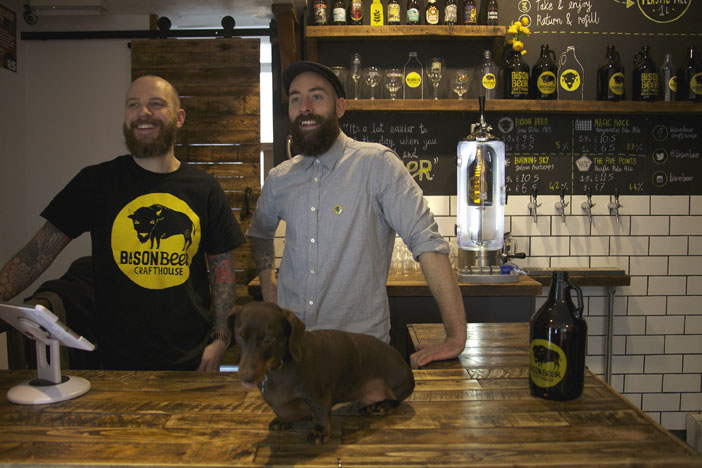 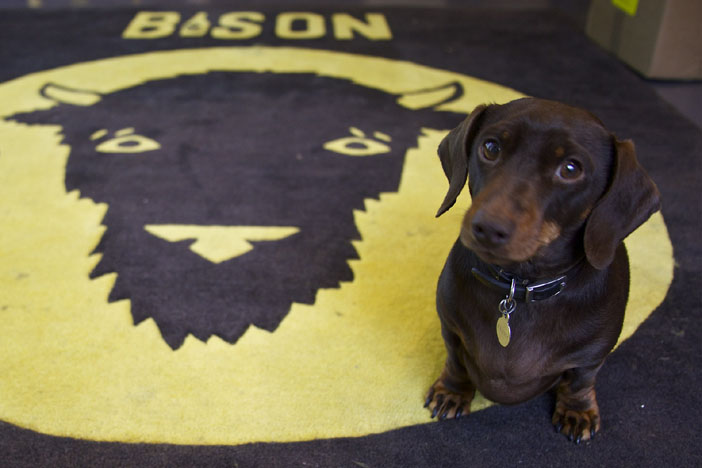 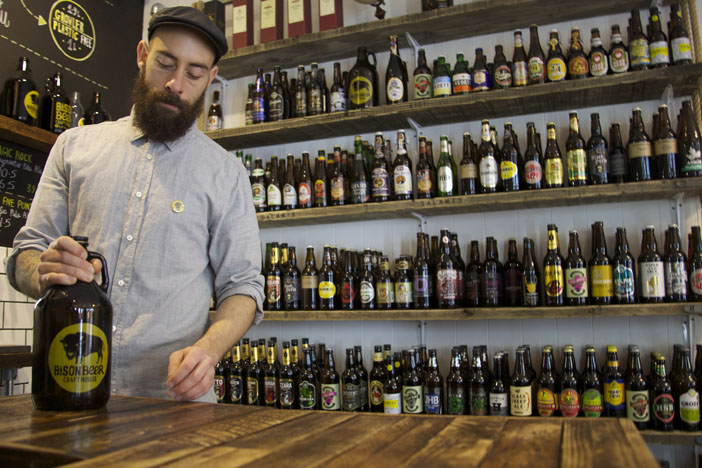 Would you have any idea what we meant if we said the SOURCE spent last Saturday sparging and vorlaufing in The Fishbowl? Allow us to elaborate.

The recently opened Bison Beer Crafthouse on East Street is now running Saturday afternoon beer making courses upstairs at the Fishbowl pub. Sparging, to put it technically, refers to the process of mixing hot water with malted grain until it smells like freshly baked Hob Nobs. Vorlaufing is filtering the malty mixture back through the grain to extract the sugars. All this is done in a container called a mash tun… so if you ever wondered where the Mash Tun pub got its name, there you go. Our mash tun was literally a picnic cooler with a tap on the side.

To complement the hands-on beer production, the course includes some sample brews from the Bison Beer shop across the road. Almost certainly the city’s hippest offie, it has a resident dachshund called Henry and stocks a treasure chest of exotic beers arranged in geographical order, from South America to the Far East via darkest Sussex. Some of them are worth buying for the labels alone. We had a soft spot for a Belgian one called ‘Saison’, which all agreed exhibited a full-bodied bouquet of marijuana leaf.

Lunch is also chucked in. It’s provided by the Fishbowl kitchens, with a choice between fancy fish and chips or burgers – in a glazed brioche, naturally. The food was great, but as lunch is not served till around 3pm we’d recommend a big breakfast to soak up the booze. You also get to take away five litres of your own concoction so you can finish the process at home, which takes about ten days. We haven’t tasted ours yet, but we’re presuming it’ll be the finest beer available to humanity.

This was only week two of the course, and admittedly there were a few teething problems. We didn’t get any handouts or the Brew Bible we were promised, although we’re assured this’ll be rectified soon. And it would have been good to fill the downtime between stages with, say, a blind taste test or some sort of quiz. At £90 it’s also not cheap, but we can definitely recommend the Brew School as a novel birthday or stag do alternative. If you’re going to be in the pub anyway, why not learn something useful while you’re at it?

A magazine journalist and former BBC minion, Gaz's words can be found in publications ranging from The Radio Times Guide To Films to 1001 Songs You Must Hear Before You Die, as well as on his blog The Wine Ninjas . He plays drums in a psych band, and once fell into a frozen lake in Transylvania.
← PREVIOUS POST
BrewDog Take Over The Blind Tiger
NEXT POST →
Demob Happy Review
Mailing List
Recent Posts
Website developed in Brighton by Infobo
Copyright © Brighton Source 2009-2020
Bison Beer Brew School Review - Brighton Source