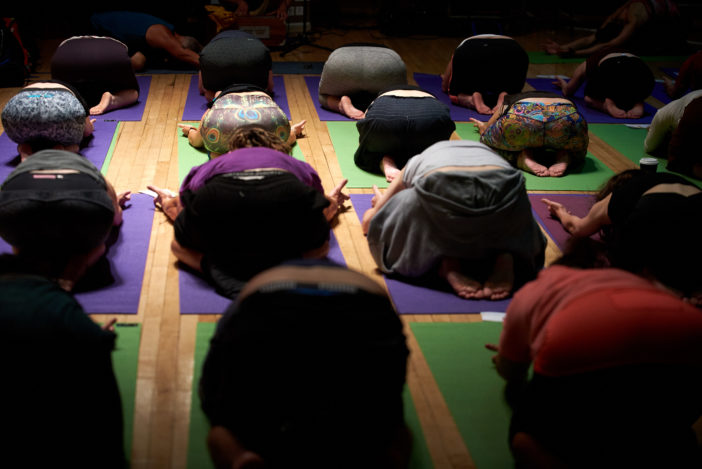 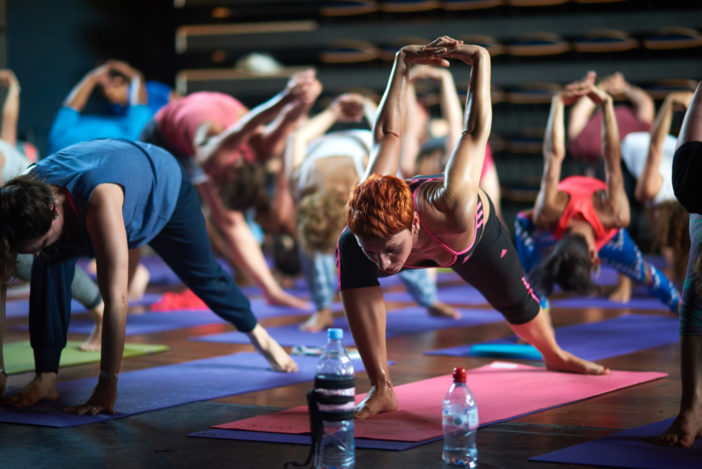 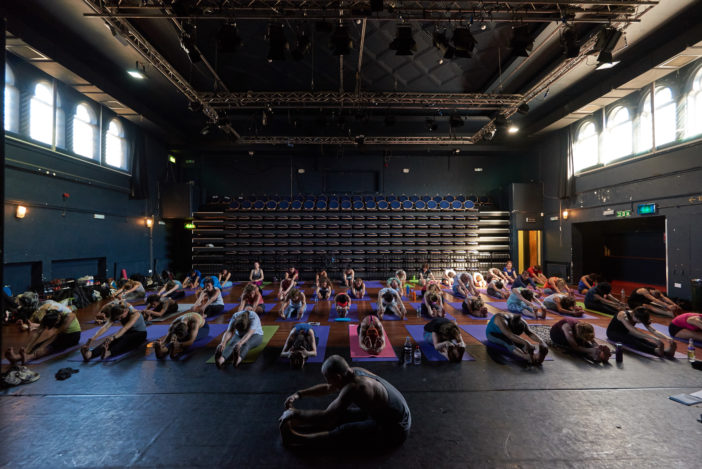 Wafting in through the doors of the Corn Exchange, hundreds of yoginis and curious types gathered for the third annual Brighton Yoga Festival. The new venue, and the sheer numbers attending, are testament to the interest in this essentially Indian and ancient practice. But would the Vedics recognise their teachings in the gathered crowds?

Over the years and continents, yoga has come a long way. From it’s origins as a scholarly, philosophical and scientific activity over three thousand years ago in the hill country of India, the ideology and techniques known to us as ‘yoga’ have been continually spread and developed and now permeate the culture of modern western society. And this causes some discomfort among the community, creating rifts between traditionalists and the newer forms and profit-oriented industries that have grown up alongside the practice. So where does the Brighton yoga festival sit? Is it a celebration of Asteya? Or a trade fair preying on the current fashion for flexibility.

Event organiser Davy Jones is clear: “What we really want is to keep the festival free”, he said. “With other conventions like this the entrance fee can mean that those who don’t already love yoga are not likely to attend. This event is a great opportunity for anyone who is curious to come and see what yoga has to offer. Also the profits are going to enable us to fund community projects throughout the coming year.”

And there is certainly a lot on offer. With a packed program of free classes and workshops on everything from yoga history and philosophy to ‘How To Catch The Perfect Man’ as well as every variety of the discipline SOURCE can think of, there is bound to be something in the day for everyone. In fact, if anything, the sheer volume of things to do is the least ‘yoga’ thing about the event.

“The cost of the venue is certainly a factor. We are a registered charity with a goal to fund community yoga projects through the year and we need to cover our costs.” So, in addition to the knowledge sharing and participation in group asana practises the overwhelming sense of being at a trade fair does permeate the halls. We are in a land of £5 festival-style food and the organisers have a need to push merchandise on the attendees, but none of the people I spoke to seemed to mind.

Jones himself is a testament to the benefits of yoga, after warily starting a class in his late forties, he is now early sixties and absolutely exudes health and vitality. Yes, there were definitely a lot of yoga-muppets with perfectly tousled top knots and the latest lululemon leggings in the place but isn’t that the point? Yoga is for everyone, after all.