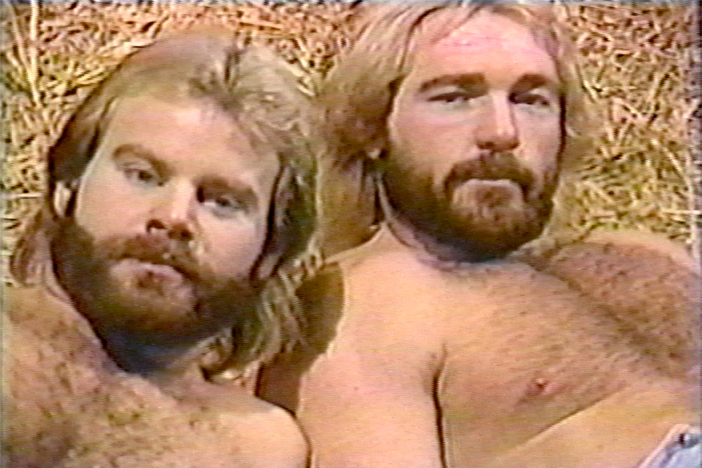 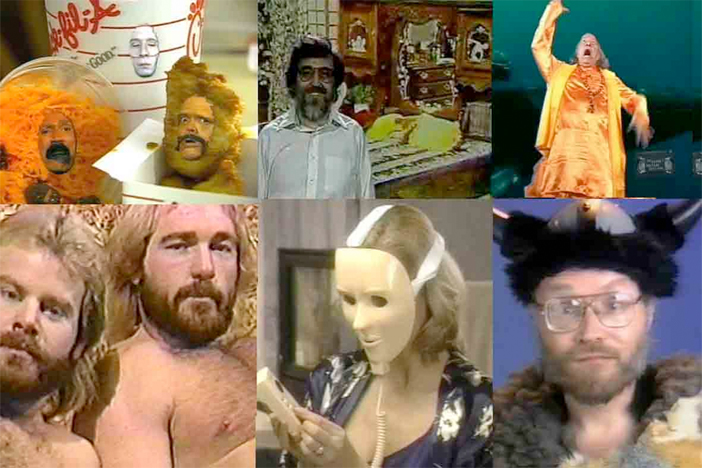 The Found Footage Festival began when some slightly geeky Wisconsin schoolmates started showing funny video clips to their mates at parties. Fast forward twenty years and the fully-grown boys are now touring the UK having delighted audiences at comedy festivals in the US and beyond.

The current incarnation of the FFF features video highlights amassed during a lifetime of rummaging through thrift shops, junk stores and the occasional garbage pail. Even if you don’t share quite the same passion for the forgotten dross of the video age, the resultant footage makes for strangely compelling viewing.

The show opens with a series of hammy reconstructions of workplace accidents taken from an early health and safety instruction video. We watch hammers falling on heads, men tripping spectacularly over non-obstacles and distracted carpenters losing their hands to circular saws. It’s on a par with lo-fi schlock horror, but it’s the patronising subtext that makes it so funny. That and the grisly gratuitousness of showing a man trapped inside a contracting mechanical press mounted with spikes. The howling of the audience suggests things are off to a good start.

Later, as a treat for us Brits, we’re shown a music medley of typically overblown Yankee songs all about America – from low-rent soft rock ballads, through a giant-sized Hulk Hogan straddling the world, to a disturbing troupe of patriotic pre-toddlers with adult mouths. All of this was presumably created in earnest, and that fact is key to enjoying this carefully tended crop of absurd snippets.

Next we move through titillating aerobics videos, Zodiac-inspired crooning and utterly inexplicable dance shows gleaned from public access television. It’s a montage of high kitsch, an ironic celebration of the curious moment in the 80s when the means of video production fell into the hands of the populace. It’s similar to what happened when the first home computing boom opened the doors on a thousand bedroom programmers. Weird doesn’t do it justice.

Imagine, if you will, that you’re a single girl in the 80s looking to find love. What could be easier than subscribing to a mail-order dating video service featuring talking head tasters from an assortment of prospective hunks? Even if you’d got as far as playing the cassette, the parade of goofy freaks contained within would guarantee a premature ejection. As the curators said, it doesn’t seem likely that many women got laid that year.

Weirder still, how about a video of a good-looking chap making conversation directly at the camera? This ‘Rent A Friend’ is considerate enough to leave enough time between his generic questions for the desperate lonely viewer at home to reply. To talk to their television. Nowadays that would seem creepy – if the internet hadn’t already taken the idea to a whole new sordid level.

Nick Prueher and Joe Pickett have worked on several documentaries and television shows (including the not-dissimilar Mystery Science Theatre 3000). Their humour pivots on a deadpan disbelief, helped out with some choice one-liners. The duo’s commentary helps the audience pick up on some of the odder aspects of the videos, but thankfully avoids the sort of shtick that made Beavis and Butt-head so severely unfunny. They’ve done their research too. Having gone as far as hiring private detectives to track down characters from their favourite bits, they’ve almost succeeded in making minor cult celebrities out of these forgotten video stars. Well, they’ve tried anyway.

There’s collectors and then there’s collectors. However, most don’t the chance to travel the world showing people the crazy stuff they’ve amassed. Unless they happen to be John Peel, even record collectors have to make do with trying to impress their ever-diminishing circle of friends. It’s lucky for Nick and Joe that the vaults of the FFF contain so many bizarre retro gems. The concept of going to see a live curated clip show might seem quaintly pointless in the wake of YouTube, but so does buying records. As seen tonight, people still do it, and it’s great fun.

Ben Bailey is the editor of Brighton Source and a freelance writer. He also plays in a few bands and can sometimes be found giving talks on a variety of niche topics. He lives in Brighton and rather likes it.
← PREVIOUS POST
The Black Twig Pickers Review
NEXT POST →
Church Brighton Launch, Fri 13th July
Mailing List
Recent Posts
Website developed in Brighton by Infobo
Copyright © Brighton Source 2009-2021
Found Footage Festival Review - Brighton Source