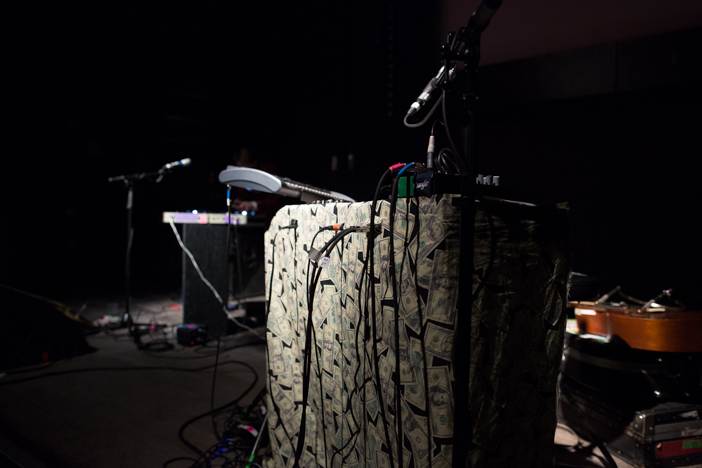 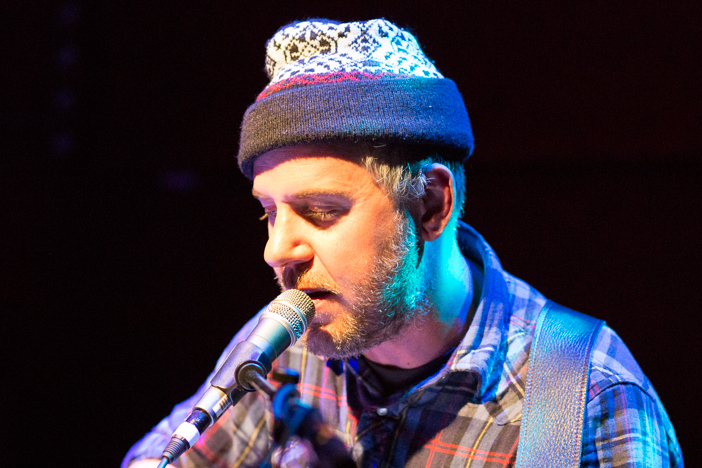 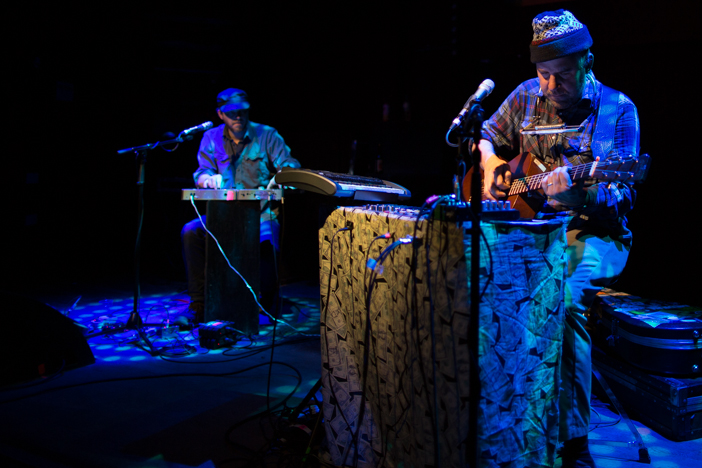 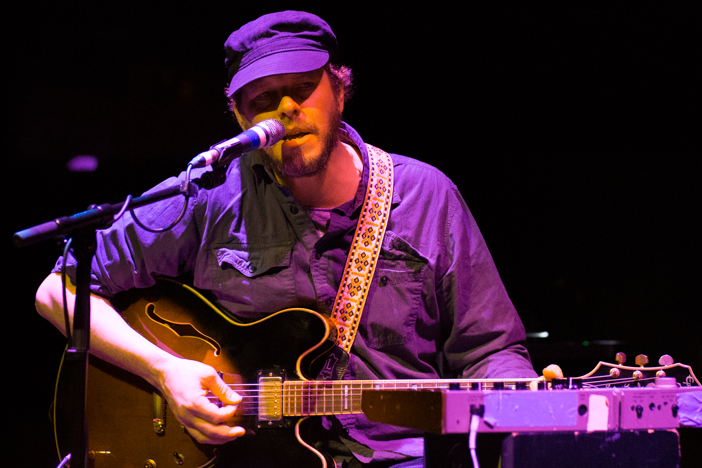 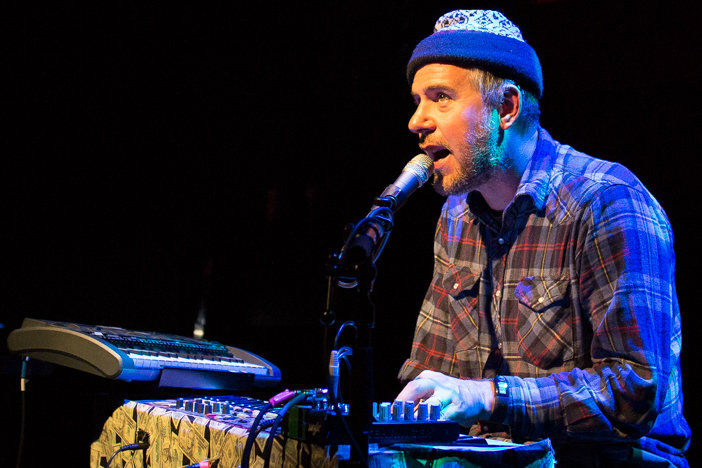 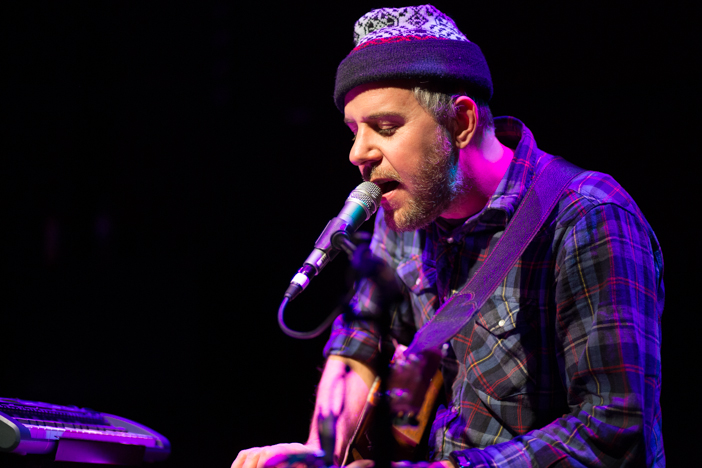 Jason Lytle being the main man of Grandaddy has likely brought most of the crowd along tonight but his solo work really is a treat. This was a really intimate gig due to the lighting, relaxed nature of the performers and the crowd – the sound was also fantastic.

The set is simple with his dollar bill laden keyboard, acoustic guitar and second guitar/backing/synths. Lytle worked through tracks from the new album like ‘Matterhorn’ and ‘Dept. of Disappearance’. Each song ending was interlaced with loops of a clock ticking and snippets of the track ‘Chopin Drives Truck To The Dump’.

Jason’s vocals are super smooth, reminiscent of Ben Kweller or Ben Gibbard from Death Cab For Cutie. He’s a songwriting scholar too – there’s hints of Brian Wilson in the use of major to minor chords with the odd diminished thrown in for good measure.

It must irk him that the Grandaddy song ‘The Crystal Lake’ gets the biggest cheer of the night, especially as his solo work has the same captivating qualities as his former band’s output. However, it was a cohesive performance and the duo seemed to be enjoying themselves. More than a gig, it felt more like they were jamming in a living room with their friends.

Dan is founder of Brighton based web agency Built by Buffalo who made the SOURCE site. After attending many gigs he decided to start documenting them with photos and reviews. When not nerding off about something or other he spends his time taking pictures, wrangling his cats and travelling with his girlfriend.
← PREVIOUS POST
Bronx Review
NEXT POST →
Everything Everything Review
Mailing List
Recent Posts
Website developed in Brighton by Infobo
Copyright © Brighton Source 2009-2020
Jason Lytle Photos - Brighton Source