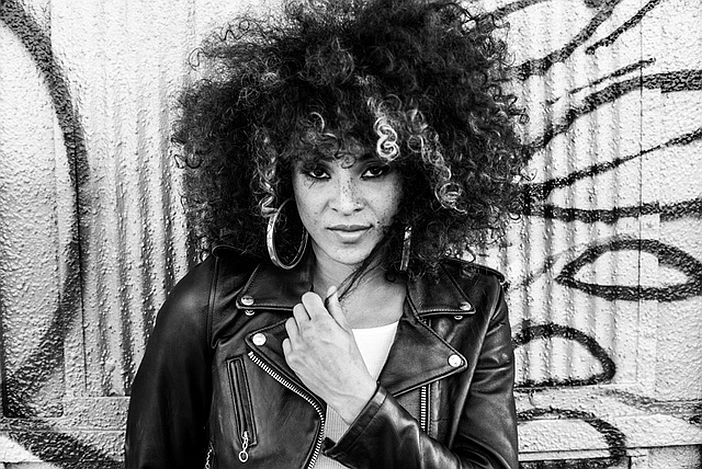 Kandace bounced out in shop-wrecked jeans and trademark wild hair to join drummer Dylan Tracy and bassist Jesse Beadenberg who were already working up a slow groove that grew into a mellow ‘I Thought It Would Be Easier’ that could have been a lost Jill Scott gem.

She was soon showing her jazz chops with a version of Oscar Peterson’s ‘Chicago Blues’, using every inch of the Steinway, emulating Peterson with intricate runs and tickling trills. Despite having a debut album to promote it was her choice of others’ compositions that really stood out.

At only 27 she displays a maturity far beyond her years, both in her song selections and the skill with which she performs them. As with most jazz musicians she borrows from the past but adds her own depth and playfulness to her interpretations.

“Here’s something we’ve been working on…” turned out to be Rag ‘n’ Bone Man’s ‘Human’, seemingly unaware that the song was born not far from the venue, as no mention was made but delivered with a passion that showed how good a song it is. Bathed in a spotlight, a new original, ‘Black Orchid’, was a dark minor key number with Tracy’s mallet drums adding a thunderstorm effect.

Many of the songs began with a spot of classical noodling, almost as if she was thinking aloud on how to proceed. This would then switch to a familiar refrain from the Great American Songbook such as the notoriously difficult ‘Lush Life’, which even defeated Sinatra, but the twists and turns were delivered without a hair out of place.

A 60s Horace Silver Blue Note flavour was evident on a fiery version of the bossa nova classic ‘How Insensitive’ and 70s soul classics such as War’s ‘The World Is A Ghetto’ allowed the drums and bass to stretch out behind Springs’ little girl high note scats and gutteral grunts.

The set ended with her signature song ‘First Time Ever I Saw Your Face’, shimmering cymbals and long, slow bass lines backing a faultless vocal performance of one of the most devastating love songs. After 90 minutes the audience demanded more and were rewarded with a rousing blues version of ‘At Last’.

Perfect for the curious and aficionados alike, we can’t see Kandace being anything but a jazz soul superstar.

Attenborough Centre For The Creative Arts, Tuesday 2nd May 2017