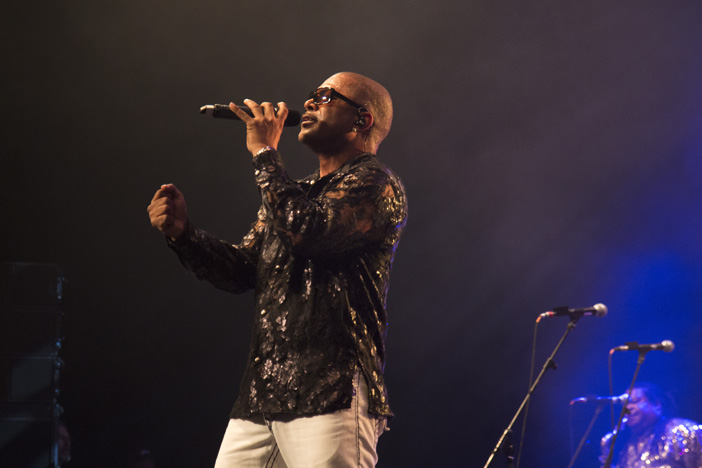 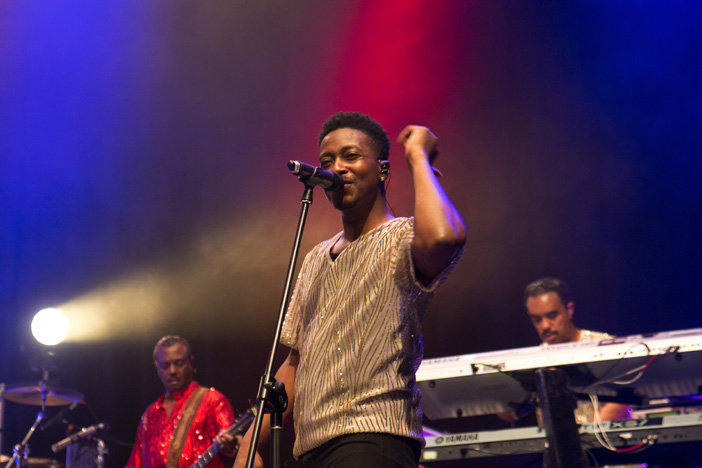 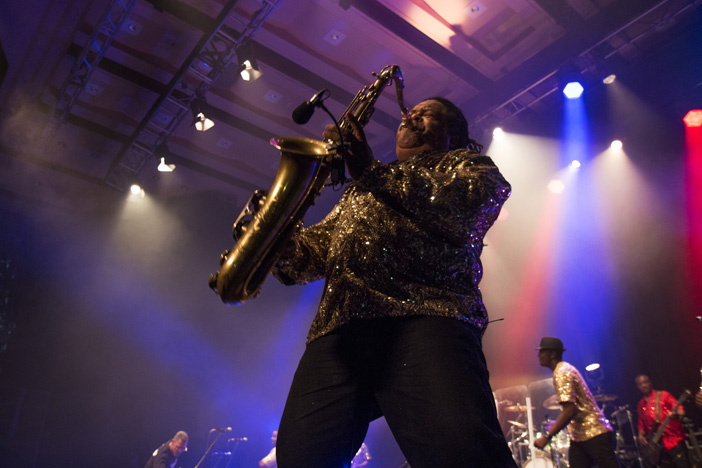 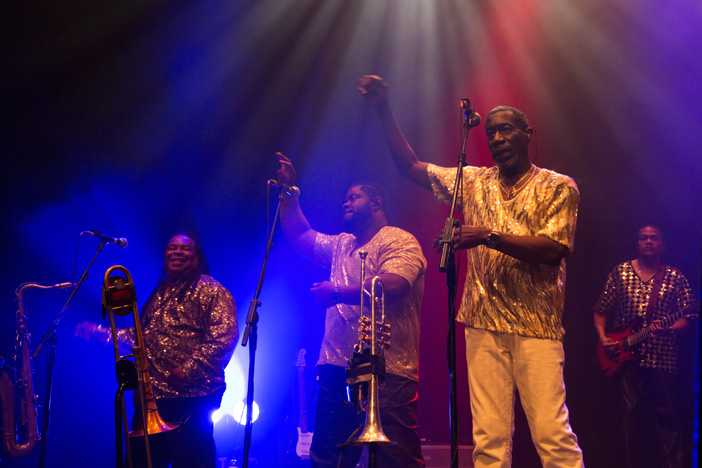 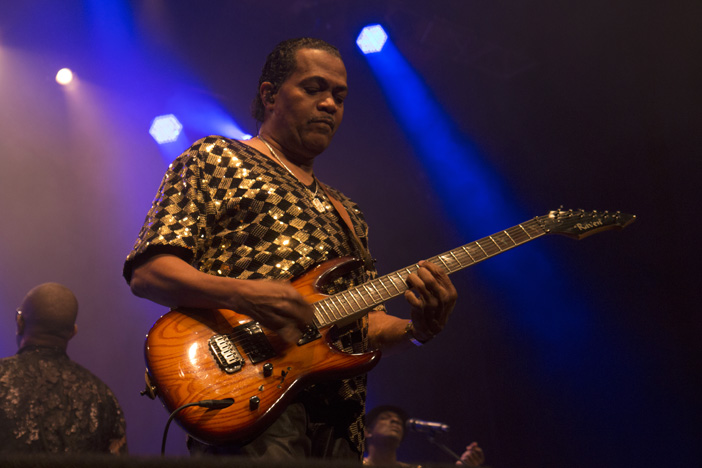 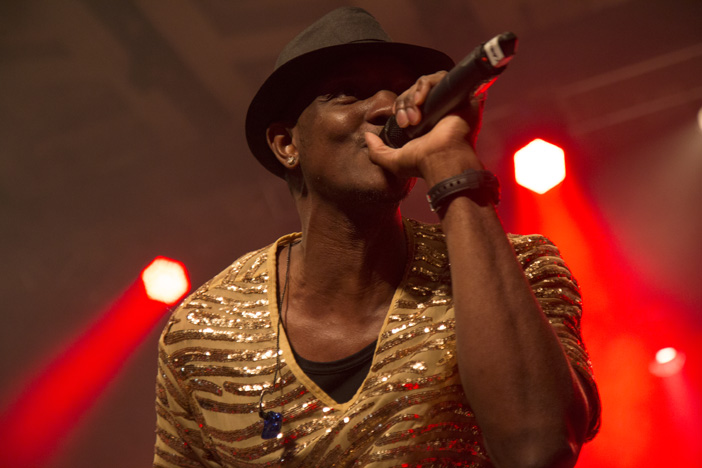 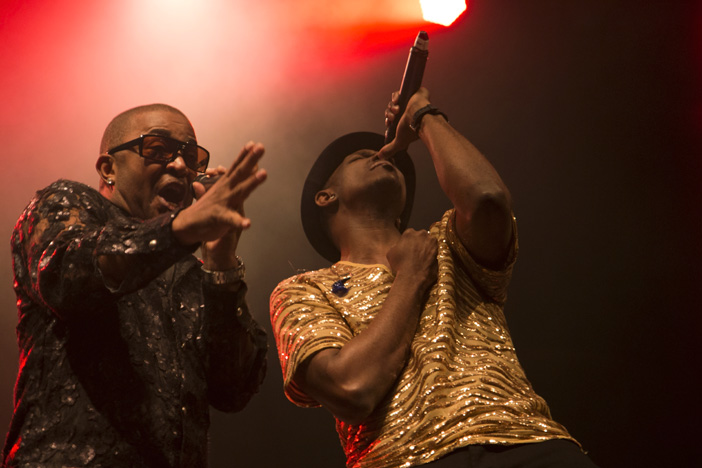 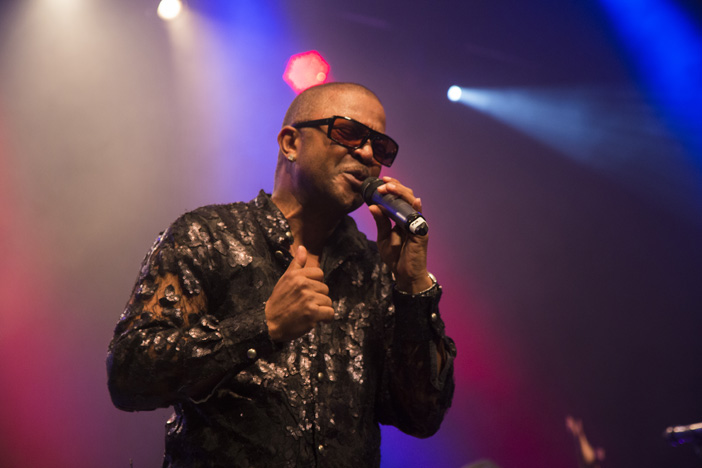 The Dome was packed and full of anticipation when Robert ‘Kool’ Bell, the man who formed the band in New Jersey back in the late 60s, strode out in a red lamé suit. As the crowd cheered he was followed by the latest version of the ‘Gang’ clad in silver and gold.

No time was wasted as they started up with ‘Fresh’ which came with tight choreography and sweet harmonies and was followed by a trio of hits from their early 80s disco heyday. Lead vocalist JT Taylor has been replaced by a trio of singers, including Shawn McQuiller who doubled on guitar and worked up the crowd as he danced across the stage, in shades, during ‘Too Hot’. 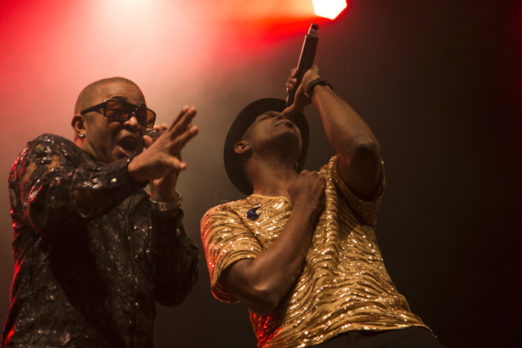 These songs sounded so much better than remembered from cheesy club nights and McQuiller introducing ‘Joanna’ as being “for all the ladies” was a genuine dedication for a classic ballad that had us swaying as Jermaine Byron’s trombone took a romantic solo.

The funk fans’ turn came with a triple threat attack of sax, trombone and trumpet blasting out ‘Funky Stuff’ over Kool’s heavy bass lines. Long-serving trumpeter Michael Ray broke off to strut his own funky stuff, despite turning 65 next birthday. He even turned cartwheels during ‘Jungle Boogie’ which, hearing it live and in full, outside of its Pulp Fiction association, was like welcoming back on old friend. 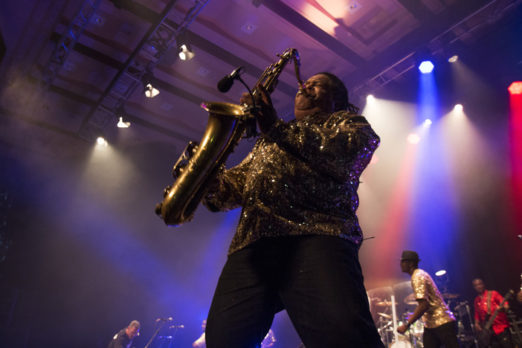 ‘Hollywood Swinging’ and ‘Open Sesame’ proved that this band could easily hold their own against Earth, Wind & Fire and The JBs, with their unique, near discordant brass blasts. The 70s section of the show ended with Curtis Williams’ instantly recognisable synth intro to ‘Summer Madness’, performed by the core of the band as the brass section refreshed themselves.

The rest of the show was a full-on party set with new song ‘Sexy’ borrowing from all areas of their repertoire, standing its ground amongst floor-fillers ‘Ladies Night’ and ‘Get Down On It’; the band proving themselves to be the perfect soul machine. The show ended on a high with the pure joy of ‘Celebration’ that perfectly sums up the night for performers and audience alike. 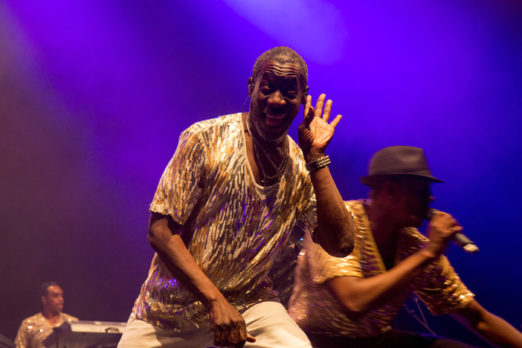 Steve has been a SOURCE contributor since Summer 2010. Favourite quote - "There's no such thing as a sold out gig".
← PREVIOUS POST
Week Four of Brighton Festival and Fringe 2017
NEXT POST →
King Gizzard and the Lizard Wizard Review
Mailing List
Recent Posts
Website developed in Brighton by Infobo
Copyright © Brighton Source 2009-2021
Kool & The Gang Review - Brighton Source