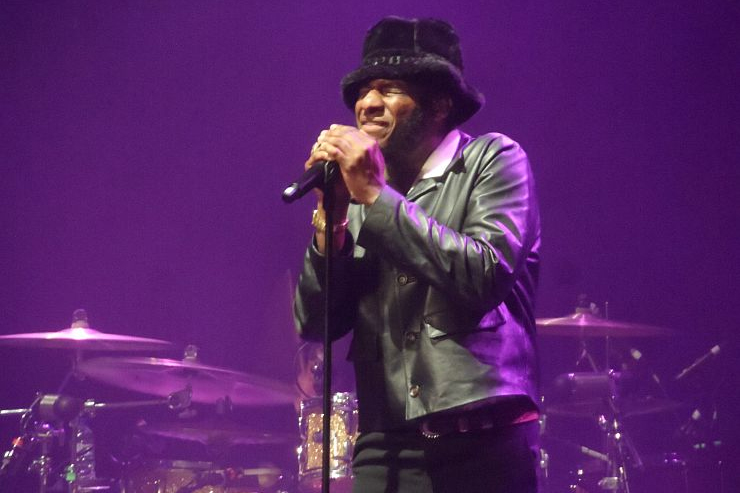 Touring his third solo album, ‘Gold-Diggers Sound’, named after the hotel/bar/recording studio where he hung out in Hollywood, following his two previous Grammy-nominated releases, Bridges’s show at the Dome was neatly sandwiched between two dates at Hammersmith Apollo and Glastonbury on the Saturday.

Opening proceedings was an artist named Kirby, which after a quick Google search looked likely to be the male Texan country soul singer and Bridges’ collaborator, Kirby Brown. This proved to be very much not the case when a stunning woman took to the stage and instantly fired up the crowd with opening number ‘We Don’t Funk’ in the style of Betty Davis followed by ‘I Love Me Too’ which recalled Little Jackie’s infectious song ‘The World Should Revolve Around Me’. Dressed in a black and gold striped basque, thigh-high boots and cape she totally owned the stage with her incredible voice, winning personality and presence. 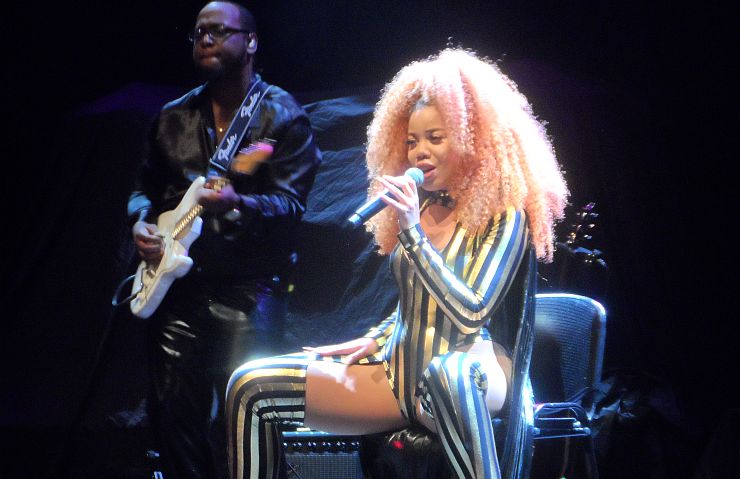 Kirby Lauryen Dockery instantly won over the crowd with her shouts of support for anti-racism and the LBGTQ+ community and a singalong with the Rihanna/Kanye/McCartney hit ‘FourFiveSeconds’ which she proudly announced she had co-written. Quite an achievement for a support act whose self-stated “black girl magic” will surely lead to greater things.

After the interval a black curtain dropped to reveal a huge Leon Bridges, Fort Worth backdrop with a panther lying under a red sun. The band came on with the 1976 African Funk classic ‘No Condition Is Permanent’ by Marijata blaring out and the drummer whipping up the crowd. There were screams of excitement as Bridges strolled on, dressed all in black aside from some white embroidery on his boot cut trousers. The band are tight with the male and female backing singers adding depth to Bridges’ vocal on opener ‘Shy’.

The tempo increased on ‘Steam’ with a soulful afrobeat sound augmented by a punchy sax solo from the keyboard player and African guitar licks. Bridges pronounced, in true soul singer style, “I love all women but this one’s for all the brown skin girls,” as the band eased into a bluesy arrangement that quickly gets halted with Bridges stating he’s tired of that version and they start again with a much dancier arrangement that sees the singer covering the whole stage, expertly working the crowd. 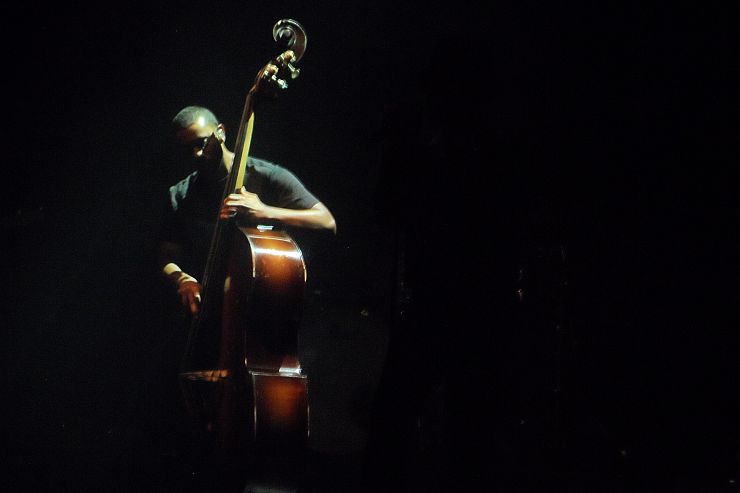 It’s a ballad-heavy, slower-paced set but on ‘Flowers’ there’s a rock ‘n’ roll rhythm that perfectly suits his voice and on ‘C Side’, from his collaboration with Khruangbin, we are treated to a 1970s Isaac Hayes/Curtis Mayfield type arrangement, complete with synth strings and wah-wah guitar.

There’s a very theatrical moment when the bass player switches to double bass under a spotlight with Bridges in silhouette singing ‘Blue Mesas’ with a soft husky voice with low key backing vocals. On ‘Beyond’ we get a Texan Country twangy guitar sound where everything just clicks into place with the backing singers’ harmonies and Bridges’ unhurried delivery backed by a slow, solid drum beat. 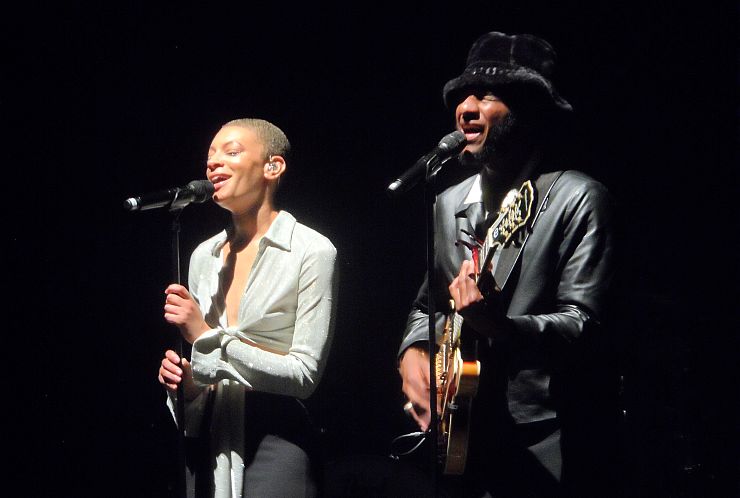 In true showbiz style, the best was left to last with a three-song encore that begins with Bridges’ first hit ‘Coming Home’ delivered with doo-wop harmonies, a crowd pleasing ‘Texas Sun’ with Bridges on acoustic guitar and finally, switching to electric, he was joined by his long time backing singer Brittni Jessie for a heart-melting country gospel version of ‘River’. A perfect way to end that left many audience members in tears.