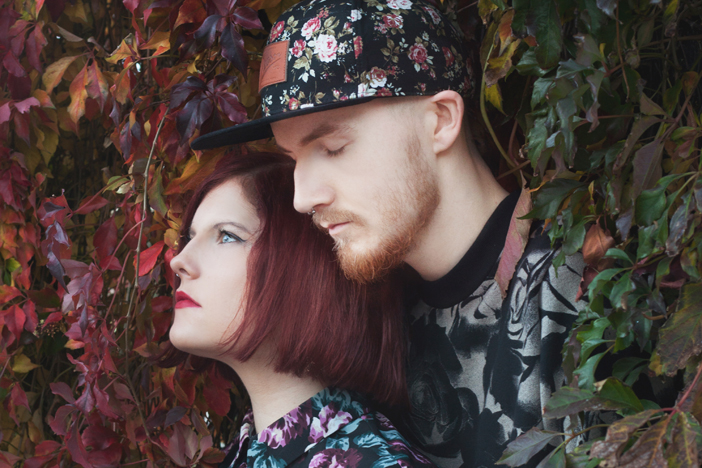 Though the first few months of the year are often quiet ones for gigs, it also seems like a good time for bands to put out EPs – at least judging by the number that have come our way. Here’s the SOURCE round-up of recent Brighton releases.

Kanzi
‘Kanzi’ (Animal Records)
Released on the same Parisian label as Bloum, these Brighton boys have already found a wide audience for their soft, song-based electronica. With spacious synths backed by drum machines and occasionally the real thing, this four track debut is too diverse to be disparaged as chillout music. Instead, Kanzi’s sound is warm and almost meditative – with singer Peter Myson’s falsetto vocals floating breezily above his brother’s samples. Having already supported the likes of Emancipator and Simian Ghost, the band is now down to play a homeshow at The Great Escape in May.

Howls
‘No Living’ (A Wolf At Your Door Records)
Perhaps they had to get a rail-replacement bus; maybe they received a hefty water bill. Whatever the reason, Brighton metal-punks Howls are clearly in a mood on this, their second EP in a year. That’s tough luck for them, but good news for those of us who enjoy a dose of livid, larynx-lacerating hardcore. It certainly does what it says, and the hard gigging hardcore three-piece don’t mess about. If anything inspires you to smash your fist through a window, get a panther inked on your neck and loiter outside the Prince Albert smoking roll-ups, it’ll be this.

Krak Krak
‘Burnt At The Stake’ (Sonic Anhedonic Records)
Six tracks of unforgiving and brutal garage rock, but heavier than even that suggests. Featuring Eighties Matchbox B-Line Disaster’s Rob Ling on drums, Krak Krak are basically a metal band stripped of all the things that usually makes the genre so farcical – only with more distortion. As with Rob’s previous band there’s a hint of glam beneath the noise, occasional bluesy guitar lines discernible amidst the aural barrage. Released on the local label set up by Vincent Vocoder Voice, this EP came out at the end of last month and we still can’t work out what to call it. A good thing.

Seadog
‘Transmitter’ (Bleeding Heart Recordings)
Several years in the making, this EP marks the rebirth of the band now that mainstays Mark Benton and Max Numajiri have settled into a stable line-up. Evoking bands like Midlake and Mojave 3, Seadog are sailing for the sweet spot between indie and folk – with a sense of gentle melancholy and plenty of harmonies. Already available as a download, there’s a 10” vinyl edition of the EP due this spring. In the meantime you can catch them on March 28th at the Dome’s Studio Theatre – alongside The Galleons and Early Ghost.

Cousin
‘Music To Polish Your Rifle To’ (Fcking The Night Records/Barely Regal Records)
They call it slacker math rock, but don’t let that put you off. Reconciling the discipline of post rock with a kind of stoner vibe, Brighton three-piece Cousin make a virtue of an oxymoron by blending sudden changes and funny timings with a loose and sometimes jangly guitar sound. It’s a deceptively easy listen, especially for an instrumental record with a seven minute song, but there are melodies to be had in these picked arpeggios. The EP is out next week, after which the band are off on a tour across Europe, ending back in Brighton at Shakespeare’s Head on April 23rd.

Sea Bed
‘Rosso’ (DEPF Records)
Brighton doesn’t produce all that many house duos, so it might be reassuring for some to know that both members of Sea Bed (pictured) started playing together in local indie band Tiny Dragons. When that group disbanded, singer Lizzie Massey and producer Jim Corbin reworked their sound from the bottom up, listening to plenty of Berghain techno and UK bass along the way, until they arrived at this, their debut release (out April 6th). Described as ‘a twisted sort of club music’ Sea Bed’s sound is an eerie take on four-to-the-floor house with a smudge of Disclosure thrown in and topped off with latenighty vocals that add an almost jazzy touch.

Ben Bailey is the editor of Brighton Source and a freelance writer. He also plays in a few bands and can sometimes be found giving talks on a variety of niche topics. He lives in Brighton and rather likes it.
← PREVIOUS POST
Jon Gomm, Tues 24th Mar
NEXT POST →
Alasdair Roberts Review
Mailing List
Recent Posts
Website developed in Brighton by Infobo
Copyright © Brighton Source 2009-2021
Locally Sourced EPs - Brighton Source