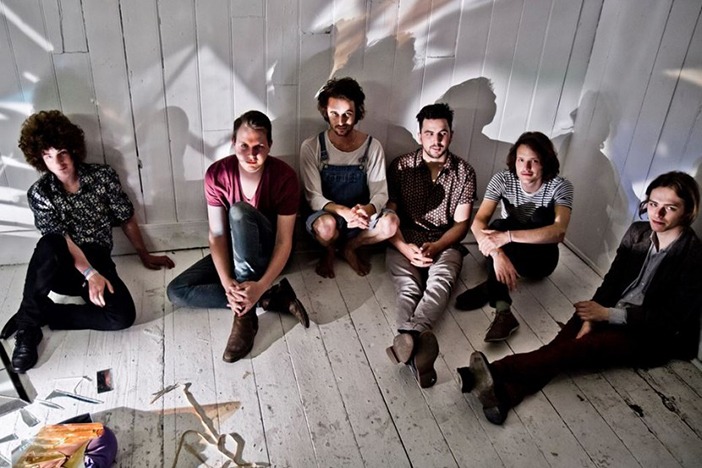 May is undoubtedly the best month to be in Brighton. As well as the Fringe, Festival and Great Escape, there’s hopefully some great gigs from this lot below!

Town of Cats could possibly get away with calling themselves ‘Nine-Piece of Extraordinary Sounds’. Covering genres such as ska, hip hop, latino, funk, reggae and jazz, these cool cats have been playing together since 2013, which explains how they’ve got such a tight-knit sound. Want to find out what all the fuss is about? Then head down to their album launch on Saturday 14th May at Bleach.

Vanessa Forero is a British/Colombian who now resides in Brighton. She composes, writes, produces and sings what can only be described as ‘Latino folk’. Having written and performed with Beth Orton at her UK show, Vanessa decided she would go it alone, and the result is her debut EP, ‘From The Uproar’, out now.

This blazing feast of pan-Atlantic sounds from Voodoo Love Orchestra is the first track from Kemptown Carnival’s 2016 compilation album. Available only as a downloadable reward from the carnival’s crowdfunding campaign, the album features 16 tracks from top local bands (including Mountain Firework Company, Swing Ninjas and Normanton Street), many of which will be getting the crowds going on the streets of Kemptown come June 4th.

Political six-piece, The FreeDub Press explore topics that are usually left unspoken by the mainstream media, using bouncing reggae and ska to sweeten the pill. Their new EP ‘Losing Control’ can be downloaded from their Bandcamp page for free. They will also be playing the Dover Castle on Saturday 13th May.

Time For T (pictured) write smooth and warming folk tunes about life, love, and the local sights of Brighton. Their new single, ‘Rescue Plane’, came out on Monday 9th May and they celebrated with a launch at The Prince Albert on the same day.

Edward Sansom was previously a solo loop-pedal artist, who has now turned his hands to fronting a full band. He performs melodic pop, taking inspiration from the likes of Bowie and Gaz Coombes. Edward and his band had their EP launch gig last week at The Hope & Ruin.

Hot Moth are a young math rock three-piece based in Brighton. They fuse catchy riffs with complex beats and melodic vocal lines. Having now finished their EP, ‘Small Fires’ (produced with Mark Roberts), Hot Moth are now beginning work on their debut album.

Introducing the hugely talented Ellie Ford. If you don’t already know her, get to know. She combines harp and guitar with soft vocals and haunting melodies. ‘July’ was the first single release from Ellie Ford’s debut album ‘The Other Sun’, recorded at Broadoak studio with producer Harvey Summers and her band.

Story Bird is a unique band, led by Linda Ronald. Having performed at Brighton Fringe Festival and Brighton Price last year, an opportunity to record at Paul Weller’s Black Barn studio arose. The result is their self titled album, which is out now. They will playing The Alternative Escape this month.

Tenderhooks are a Brighton five-piece who write cheeky rock tunes with a hint of Madness. The lead singer is also an actor, which explains the fantastic video that accompanies their fanciful release, ‘Brighton Is Falling’. Watch it here.

Jolé (aka Joshua Oliver) is back with ‘New Start’, a somewhat appropriate theme for this Brighton traveller. In ‘New Start’, he explores more of a subtle lo-fi pop sound than his last acoustic number, ‘Nothing Has Changed‘.

Rising Brighton indie band, The DuBarrys, write heartfelt synthpop, and ‘Catch The Rider’ is the perfect song to end this month’s Locally Sourced round-up. The track has been produced by Ben Mason (The Kooks, Arctic Monkeys). They are definitely ones to watch for 2016.