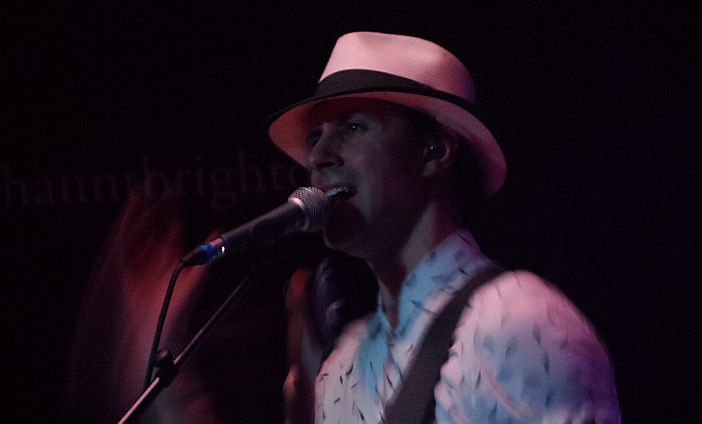 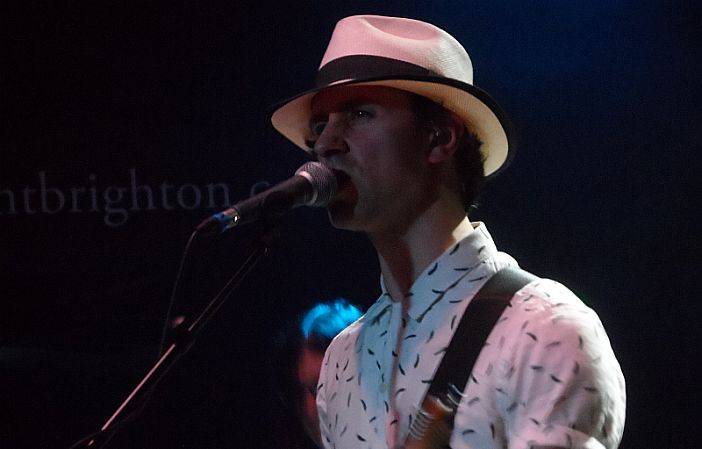 At first glance this seemed like a strange pairing – Geordie art-rocker meets Canadian jazz folkstress, but the Maximo Park frontman is a big fan and so Devon Sproule finds herself opening for Paul Smith’s latest project on their European tour.

A Brighton regular, often with husband Paul Curreri, Sproule was last in town supporting Giant Sand at Brighton Dome. Tonight she was playing solo, in familiar knee length socks, to a tiny amount of people but gave her all nonetheless. Sometimes screwing up her face to wring out a nuance, she used astonishing breath control to hold notes or combine phrases. A fine example of this was The Fan, her soft vocals skipping effortlessly around upper octaves like vintage Joni Mitchell. Her short set included a gentle cover of Mary Margaret O’Hara’s Body In Trouble and ended strongly with new song In Front Of Your Loved Ones that featured a stomping chain gang rhythm. A spellbinding performance that won over those wise enough to arrive early.

As Maximo Park gear up for a sold out tenth anniversary tour of their debut album, singer Paul Smith has just released his second solo project, Contradictions. This and selections from first album Margins make up the set with a loose link to liquid featuring in several: Deep End, While You’re In The Bath, Before The Perspiration Falls.

With a voice as distinctive as Smith’s comparisons to his band work are inevitable but tonight he mostly shows his gentler side with Fluid Identity the first number to offer a bit more oomph with powerful drums and police siren guitar solos. He plays guitar on every song, swapping licks with lead guitarist Paul Rafferty, even managing a Pete Townshend windmill at one point.

The lyrics are as esoteric as ever and following a spot of North East banter with a fan from Sunderland he introduces All The Things You’d Like To Be with stories of his childhood and grandfather. This and Before The Perspiration Falls are highlights, with great hook lines, wry lyrics and strong backing vocals from bass player Claire Adams, who later duets on Quick.

There was a definite early 80s indie feel present throughout but without the punch that made Maximo Park stand out on their earlier work. With a number of Park t shirts being worn, the fans were only allowed one song, I Haven’t Seen Her In Ages from their third album. Not their greatest song but it was probably the best received with the audience finally becoming animated after a show that did feel slightly repetitive.

Steve has been a SOURCE contributor since Summer 2010 and has also written for Latest 7 magazine. He moved to Brighton in 2006 after working in London at the Royal Albert Hall, Our Price Music and Teletext. Favourite quote - "There's no such thing as a sold out gig".
← PREVIOUS POST
Queer Crossings Review
NEXT POST →
Alvvays Review
Mailing List
Recent Posts
Website developed in Brighton by Infobo
Copyright © Brighton Source 2009-2020
Paul Smith & The Intimations / Devon Sproule Review - Brighton Source