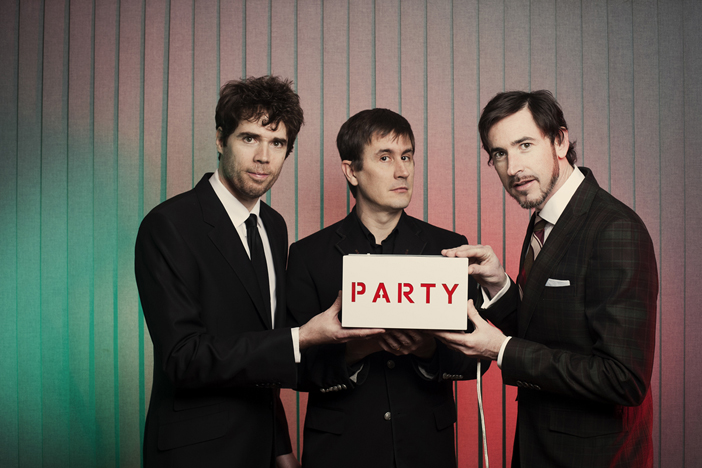 In recent years The Mountain Goats have made a successful transition from cult, to cult favourites, to cult classics. No longer a lo-fi solo act, they have grown with their audience to become a four-piece with challenging lyrics over what is broadly unchallenging indie folk.

Tonight John Darnielle and his travelling band are here to sing to us about professional wrestlers and their relation to our own personal struggles. Twenty seconds into chunky opener ‘The Ballad Of Bull Ramos’ it’s clear that the addition of saxophonist-clarinettist-pianist Matt Douglas to the line-up has immeasurably improved the band. ‘Foreign Object’, everyone’s favourite from the new album, confirms they’re on form tonight, as we thrash about to a chorus about stabbing someone in the eye.

It’s fair to say the Mountain Goats have been a lesser force the past few years, but it’s testament to the emotional hold their music still has on their audience – and just how much they’re smashing it tonight – that these new songs grip us all as much as the more established tunes like ‘Damn These Vampires’ and, of course, ‘This Year’.

After a return to Darnielle’s roots with a solo interlude featuring a cover of The Grateful Dead’s ‘Ripple’, we’re back in business and dancing again. John thanks us for being quiet during the quiet ones and loud during the loud ones, and the audience is incredibly respectful, even sycophantic towards their man. Darnielle has achieved the status of someone who commands automatic respect from fans and half-fans alike.

Most of us are here to hear favourites, to sing along to the songs we have sung under our breath at moments of mute internal crisis, and as the set wraps up we aren’t left disappointed. Firstly, a novel and buoyantly upbeat version of ‘Gameshows Touch Our Lives’ and then the classic that everyone has been waiting for, ‘No Children.’ So embedded as a singalong showstopper has this song become, that Darnielle doesn’t even need to remain onstage, instead circling mic-less through the crowd. The rest of us willingly take up the slack, gleefully filling the room with lyrics of contempt and mutual distrust.

This moment sums up the evening: we all knew what was going to happen, we all went along with it, we all had a lot of fun and went home smiling.

Sometimes an article is a bit of a team effort, and those are tagged SOURCE Writers. If you’d like to be part of that team, hit the Contact link at the top and get your work on this website.
← PREVIOUS POST
Locally Sourced, Dec 2015
NEXT POST →
Alternative Christmas Light Switch-On
Mailing List
Recent Posts
Website developed in Brighton by Infobo
Copyright © Brighton Source 2009-2021
The Mountain Goats Review - Brighton Source