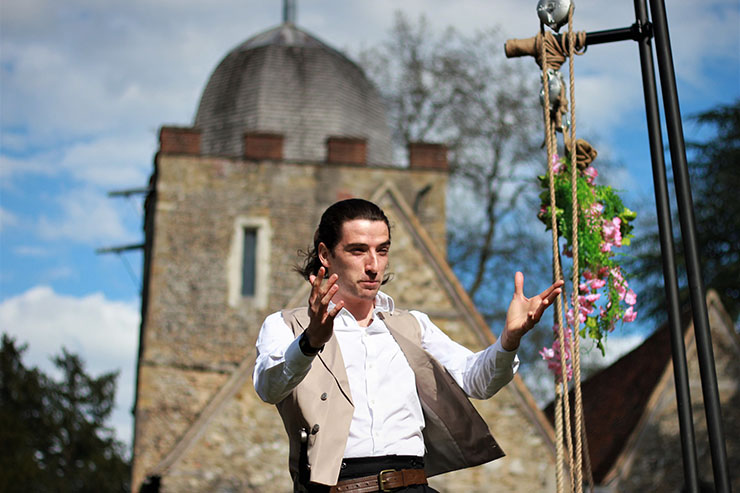 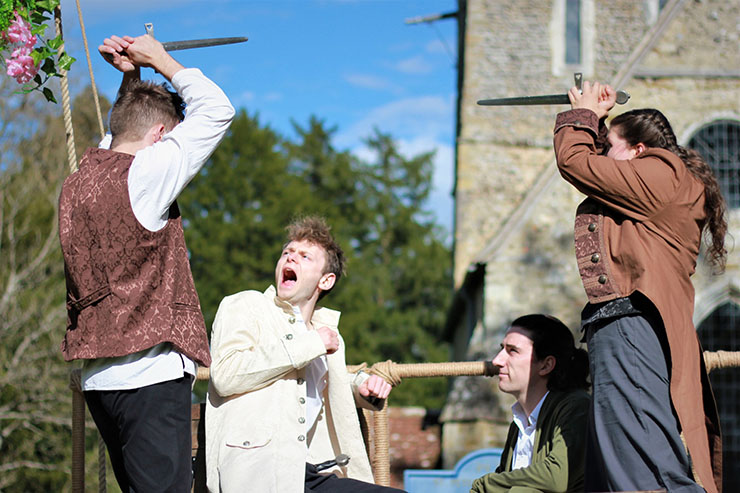 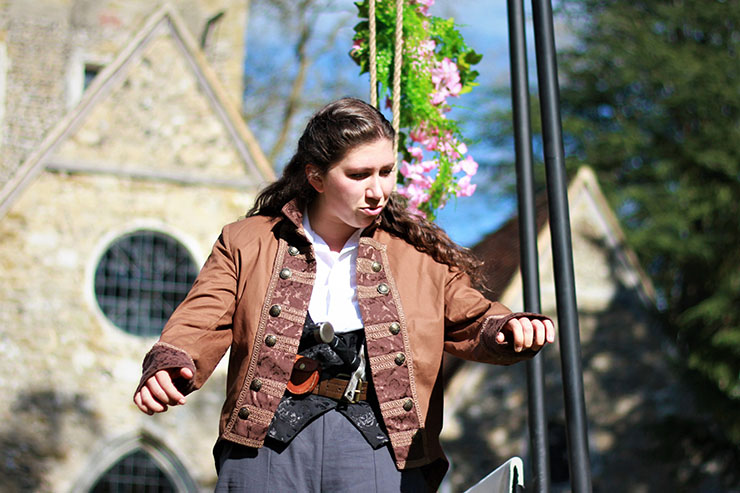 Imagine that you crash land on an island during a vicious storm.

You are a bit on the posh side and your daughter is quite cute too. But then you find out that you are not alone. There’s a strange being hanging around just out of sight. And various other airy fairy freaks too. So who’s in charge round here – and what’s going to happen next?

That’s how Prospero and his daughter, Miranda, kick off the Tempest – just about Shakespeare’s last major work – with the (apparently) strange Caliban lurking around. Prospero, of course, used to be the head honcho in Milan until a decade ago when he was ditched by his brother and cast off to sea. Despite this, he still hopes to one day to get back for a second term.

In my Penguin edition, the Tempest only runs to 75 pages. So you could easily read it on the fast train from Brighton to London. And you would still have time to peek at the planes taking off from Gatwick to mainland Europe, North African, USA and Latin America. And those locations are significant. They were all popping up in Shakespeare lifetime. So the Tempest, despite its relative brevity, remains steeped in contemporary themes: racism, slavery, colonialism, disability, gender bias and the subjection of indigenous people.

Shakespeare was always a lively playwright and, despite the existential angst, often included songs and dance to keep the punters happy. That was also a great feature of this production at Preston Old Church by the Sussex-based This is My Theatre group. Their small but highly experienced team of actors managed to play the entire cast with accurate mannerisms and rapid costume changes. They conjured the feel of a stormy sea with a model boat and a cast that leant back and forth with the swell. It’s totally convincing!

Under Sarah Slator, artistic director, This is My Theatre have built up a solid reputation for creating accessible but quality adaptions of classical plays in interesting venues, often in rural areas. Preston Old Church, at the north end of the park, provides an evocative and dramatic setting that we all enjoy. Nevertheless, as on previous occasions, the poor acoustics are a problem. The actors’ words can vanish upwards or rebound off the wall in unintelligible form. This is not the fault of the company or the actors. But it’s frustrating and distracting when only 30-40% of any sentence is audible. We know it’s a great script. It’s one of the bard’s best plays. We want to hear it!

We’re definitely keen to see further creative productions from This Is My Theatre. This was another rousing performance with ingenious and convincing props and discrete costume swaps to denote different roles.. It shows how a relatively small company can produce high-quality live theatre with a handful of actors, a big imagination and loads of flair. Watch their site!

Words by Mike Aiken
Photos by This is My Theatre

Mike lives in Brighton. This is a full time occupation. He's also a researcher, writer and activist. Any time left over he spends hanging around cafes and pubs listening to people on their phones. He loves theatre that pokes into difficult places. You won't find him on Facebook.
← PREVIOUS POST
Skank Review
NEXT POST →
Rebel Boob Review