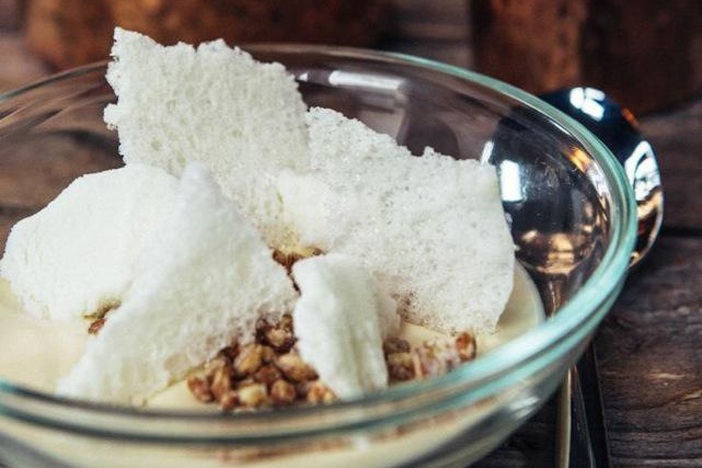 THE PLACE
Walking into The Set is a bit like walking into Art Republic if it had opened a restaurant on the side – we spot at least two Dave White paintings on the way in (the oversized fox and rabbit – know ‘em?). Tucked away at the top of Regency Square in The Artist Residence hotel, The Set comprises an informal fish burger joint – The Set of Scales – immediately as you walk in, with a more upmarket restaurant to the back. The interior design is swanky hipster – think old uncomfortable school chairs and Edison lightbulbs – but thankfully the restaurant feels cosier (with only twenty covers) and a glimpse of the rooftop herb garden via a mysterious ladder almost feels Narnia-esque.

The Set has definite similarities with 64 Degrees, it’s small and you can choose to sit on stools and nosey at the chefs while they work. We loved the jobs list and recipes scrawled in marker on the tiles behind the kitchen counter. It might be serving elaborate food, but the vibe is informal, not fussy.

THE MEAL
The Set’s trio of owners hail from the Gingerman Group and Cocktail Shack and as you would expect, the concept is ambitious. Diners can choose from three four-course set menus for around £30. You can opt for the wine flight or, like we did, go for the house infused fruit spirits which went down very well. Each menu has been designed to work as one, so it’s not encouraged to swap dishes out – you pick a menu and stick to it (although we discovered there is some room to manoeuvre if a dish really isn’t your thing).

We opted for the hake and beef brisket menu which began with a radish, satay, nectarine and soy starter. The food is served beautifully (latter stages of MasterChef style) and the portions were surprisingly large considering there are four courses. Each dish divided opinion on our table. Some found the satay and pickled nectarine combination a refreshing change, while another found the salty satay paired with salty soy and pickled flavours a little too much.

Next up was a chunky piece of BBQ hake with smoked aioli, pulled ham and chicory. The fish was beautifully cooked and tender, and the ham complemented the clean fish well (white fish and ham, who knew?!). The Beef Brisket came with a frothy, creamy oyster sauce, large ribbons of cucumber and watercress and a tempura spring onion which was pretty tricky to eat. Again, opinion was divided. Some found this a really fresh pairing, while others felt beef brisket belongs firmly with BBQ not cucumber. Finally, the dessert, a cereal milk, spelt granola and milk ice cream concoction. It was just like eating cereal with some nice ice cream on the side. Gimmicky maybe, but if you like the dregs of milk at the end of your cereal, you’ll love this take on it.

In addition to the four courses, the waitresses brought out several complimentary snacks which were arguably better than some of the dishes on the menu itself. A deconstructed mini caesar salad, warm chicken nuggets and deliciously sharp and sweet mini frozen lime sherbets. The nuggets were so good, packed with tender, shredded chicken and with a beautifully smoked ketchup that we have spent many a miserable weekday lunchtime hankering after them since.

THE VERDICT
For all its fancy pants presentation and food combinations that won’t be for everyone, there’s something really endearing about The Set. We’d go back again when the menu changes to chance our arm at some new dishes, and the cheaper fish burger joint looks like it’s worth a punt too. The bold ambitious flavour combinations certainly aren’t for fussy eaters, but if you’re adventurous and want something different, it’s worth a visit for a memorable meal. 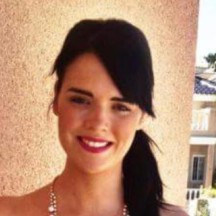 Anna is a scouser living in Brighton. By day she heads up a PR team at one of Brighton's most well known digital agencies. By night and at weekends she's getting to know her new city (mainly by eating and drinking her way around it!). She loves writing, making stuff and walking her pooch. She once sang live on Songs of Praise, but more on that another time.
← PREVIOUS POST
Andy Budd, Unsung Hero No.51
NEXT POST →
The Beat Review
Mailing List
Recent Posts
Website developed in Brighton by Infobo
Copyright © Brighton Source 2009-2021
The Set Review - Brighton Source