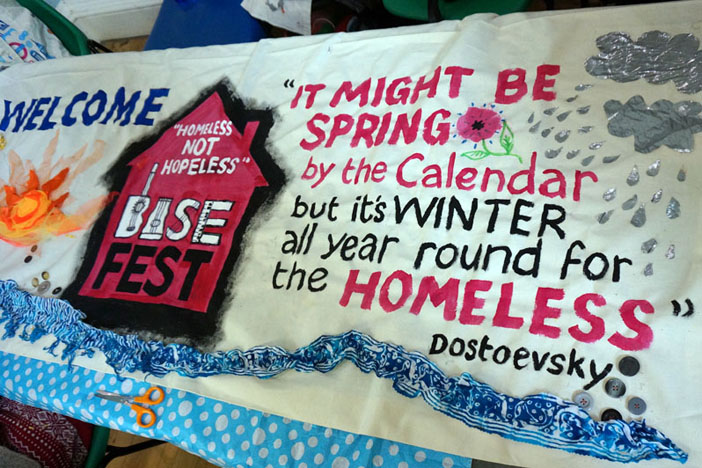 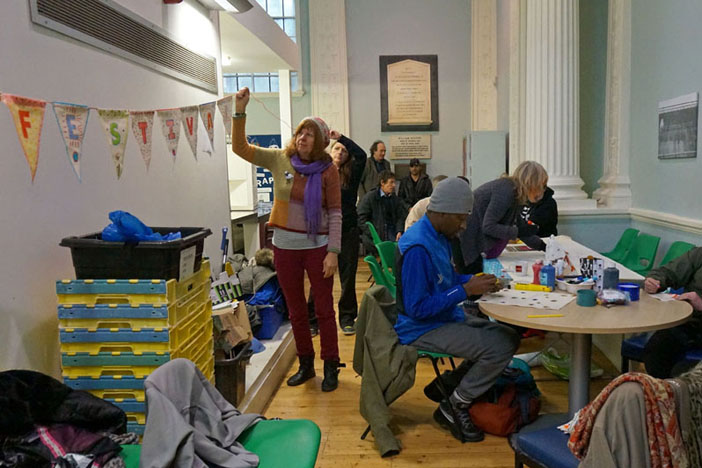 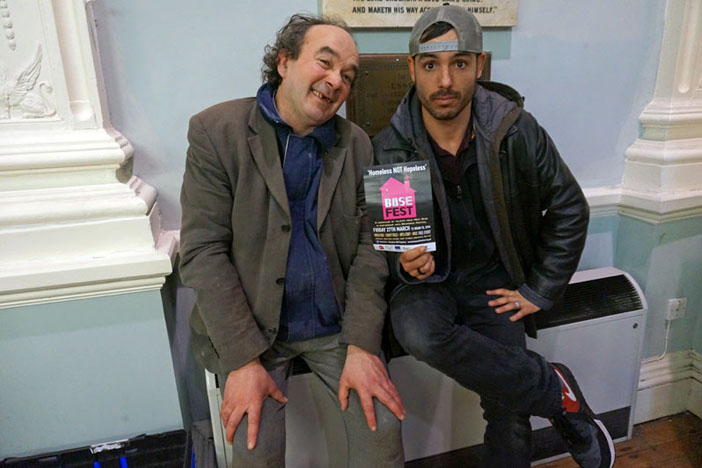 While there are loads of good reasons to go to the inaugural edition of Base Fest – live bands, theatre, exotic food and an outdoor piano doubling as an interactive installation – the most obvious thing is the importance of the cause.

However they’ve been marginalised, vulnerable people have perhaps never had it tougher. But the group behind the well-loved Brunswick Festival have secured European funding for an uplifting new project working with First Base, the Montpelier Place centre for those sleeping rough or facing housing issues.

“The name of the festival came from their desire to remove that kind of stigma that’s often associated with people being homeless – that they’re useless or hopeless,” explains Veronica Stephens, a co-organiser of the festival. “At some point in anyone’s life, something can trip you up and go wrong.

“It’s predominantly men that end up on the streets. I think in terms of priorities in the housing sector, if you’re white, young, single and male you’re not first on the list for social housing.

“The other reason, which we’ve been discussing quite recently, is that while there are homeless women, they tend to be more invisible, so there isn’t the same level of service provision. Quite often women will sofa-surf or sleep in cars or places where they are less visible. A proportion of people will enter the sex industry so they have a bed for a night.

“If they’re not counted they won’t be provided for. The festival is about raising awareness of issues that homeless people encounter and showcasing their talents. We strongly believe that everyone is part of our community.”

Magicians, puppetry, Gambian and Caribbean cooking and ivory-based live art on the lawn are also part of it. “We’ve got a piano that was donated to us,” says Stephens. “It was a bit of a feature of Brunswick Festival. What we’ll do throughout the day is customise and decorate it. Anyone walking by can contribute.”

The idea is to re-enforce the festival’s theme of home, which will be highlighted by a film of interviews, a choir and performance poetry, all organised by the people it will benefit most.

“We’ve been supporting the guys through the whole process of putting on their own mini-festival – fliers, the layout, production, catering. They’ve made a whole load of site décor, so in a way it’s showcasing the huge wealth of skill and talent within that community, which are perhaps hidden or people on the outside are not aware of.

“We’ve worked with night shelters and St Patrick’s, bringing those people into positions of responsibility. Some of the people on our management were originally homeless ten years ago but have stuck with it and are now in secure accommodation.”

All the money will allow the team to expand their vital work throughout the year. “It widens people’s awareness and dispels perceptions,” says Stephens. “For example, older people might not necessarily talk to a homeless person on the street, but now they’ve got an opportunity to.

“It breaks down barriers and encourages social interaction. We hope to run the festival every year.”