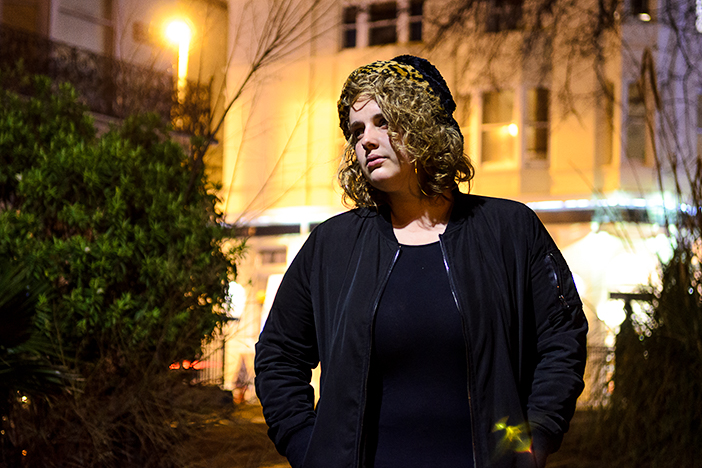 Bobbie Johnson is a Brighton rapper and producer we’ve been following since 2013. After gracing the stage of SlipJam she went on to support Roots Manuva and toured with Rag’n’Bone Man last year. We spoke to her about her deeply honest and open EP ‘You & I’, writing music and advice for young rappers.

What’s the response been like to your recent EP ‘You And I’?
The response has been super lovely. We did a little EP launch as well and so many people came, we couldn’t even fit everyone in the building. I think people take time to actually listen properly and get the concepts and understand what I was trying to get at. It’s a little bit different and not your typical hip hop.

It’s quite lyrically heavy, isn’t it?
Yeah, that’s the type of album I’d listen to more over some hype stuff. I like having to listen to something a few times before you get the whole thing.

How long has the EP been in the works?
I knew I had to make an EP for about a year and a half. I was toying around with loads of ideas, coming up with concepts but not really finding the vibe. Then weirdly over the summer I lost another job, I’ve lost like six this year, and was like fuck it I’m just going to make some music. And to be honest most of that EP got made in two weeks. I spent 15 hours or more a day. I mean wake up at 7am and go back to bed at 3am and spend the whole time making music. Locked in that space.

Where was it recorded? Do you have a team you work with or get feedback from?
It’s just me in my bedroom. Bar two songs everyone is produced by me. Mixed, mastered, everything. I maybe sent it to my manager, my old friend James and Genesis Elijah to make sure they vibed it. They’d be honest with me if it was shit. [Laughs]

When did you first start writing?
Young. Like 11 I think, super young. Starting with three friends, a little crew, we used to spit over grime and d’n’b. I mainly did hip hop. I used to have Aesop Rock’s ‘Daylight’ instrumental on vinyl and that’s the first song I ever wrote to.

Can you remember the first time you rapped in front of other people?
Yeah, I did it in school assembly. [Laughs] It was year 8 or year 9, around 2003. It went down pretty well, although I was born in Hertfordshire so they were probably like ‘nah’. [Laughs]

When did you do your first proper gigs? Or perform your own music?
I started performing properly when I was 14. We did a gig called ‘Rhythms of the World’ which used to be the biggest free festival in Europe with stages all over town in Hertfordshire. I did a half an hour poetry set on a little poetry stage, but I did hip hop using a PA with my CD on. [Laughs] I used to have a different name; Stanza. I remade myself in 2012 or 11, I was doing proper UK hip hop and I wanted to maybe, not move away from it, but I was singing a bit more and everything was getting lighter in my life and therefore I was less angry. It wasn’t until Brighton that I started working a bit harder. As Bobbie Johnson I started doing SlipJam open mic nights about three years ago and then it went from there to be honest.

How do you feel getting on stage? Do you get nervous?
I get really nervous before I go on, but I think past the first or second song I’m absolutely fine. There’s always a part of me that hates it a little bit, a lot of my songs are quite deep. I try to give it my all whenever I go on, sometimes it takes a bit of your soul when you’re putting it in other people’s hands. You’re literally standing up there as a fucking open book and they can read every word.

What hip hop shows have you been to that you’ve loved or taken inspiration from?
The Pharcyde gig was something fucking special, also Roots Manuva at Together The People Festival. It was really special seeing him. There’s been so many, it’s a hard one. Also my mate Mrisi from Rum Com, he just does something. I write with him a bit, while I’m spitting he’ll just be playing keys and it feels like I’m at a gig watching him, it’s something to do with his soul. 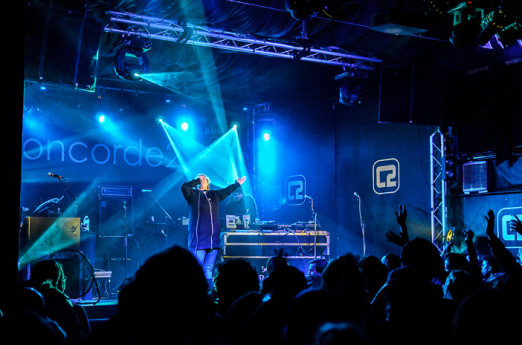 Do you have advice to aspiring rappers who want to get their music out there or play live?
Yeah, just fucking do it. Every single artist regardless of genre is terrified of putting music out. No matter how sick you are, you’re terrified, I don’t care what anyone says. Because that’s a part of you, something you’ve created and put out to the world. We make music to share it, for everyone. That’s why it’s beautiful, it’s a community. You’ve just got to do it. Put it up on Soundcloud, even if you’re getting a few likes and listens you’re taking that first step. Gig wise, say yes to everything for the first year. There’s no other way. It’s about not having that arrogance that you’ll start high up, you’ve gotta start at open mics and, legit, someone will book you at some point. Just keep doing it and working and working and working. You’ve put the work in, you know your worth as an artist. It’s important.

How did working with Genesis Elijah come about and how has he supported your work? How have you built up the team around you?
Gen’s just been there for time, I used to listen to his music when I was like 14 or 15. I met his brother, Terror Slim, selling CDs and starting making music with him. He mentioned Gen was his brother and I was like ‘what!?’ Then Gen started sharing my music and I was like, mind blown. Two years passed and we started chatting, Genesis Elijah starting helping me in lots of ways. I would send him my tracks and tell him ‘can you listen to this and tell me if it’s shit or not?’ [Laughs] He sends me stuff to work on, I do a lot of his backing vocals. He, more than anyone, has filled me with confidence. Also since me and my manager have been working together things have just taken off.

You recently supported Rag’n’Bone Man on tour, what was your favourite show?
That’s a hard one. I did four dates in a week, kinda midlands downwards. I’d have to say Birmingham or Brixton. Brixton just for the fact that it was Brixton Electric and loads of people I knew came. So many different crews, it was slightly stressful. People I hadn’t seen in years came, friends and family too cos he [Rag’n’Bone Man] hits that generation. The sick thing about Rag is that he’ll hit every generation. It was mad, so crazy, I feel so blessed to have supported him.

It was a different experience because usually I’m used to hip hop crowds and hype, going to have a skank and let go. But a lot of the audience was a bit older, you’ve got people looking at you and absorbing what you’re saying. It was a bit nerve racking, wondering if you’re doing shit. Then loads of people come to you afterwards and buy your music, and no-one has bought your music before. Taking photos of you, wanting things signed. It was jokes, every show I managed to acquire some promo people selling my stuff every night. Random people I’d met on the night. [Laughs] It was amazing.

How did that come about?
Rory messaged me. I kind of knew him, obviously I knew his music, but I knew him through Gi3MO, Kong and that from Rum Com. I first met him at a Slipjam in 2014. He messaged me asking if I’d support him and I said yes.

Did he say why he picked you? Had he seen you play before?
He came to a gig that I did and saw me perform there, and perform at SlipJam. I don’t really know why he asked me, I think it’s something different and completely opposite to his style. Maybe he wanted to push something different? Honestly I have no idea. [Laughs] He had shared a lot of my music, he’s supported loads.

Now your EP is done what else have you got coming up?
We’re going to do the whole festival thing again, I’ve got some gigs lined up early in the year too. I’ve got another EP that’s going to come, that’ll be about March time. So I’m going to be writing and recording too. To be honest when you’re gigging all the time, like three times a week, I wasn’t really writing or finding my sound at all. Whereas when I did my EP launch night I found a cohesiveness to create the set and take people on a journey more than just ‘here are my songs’. That’s’ where I want it to go, as much as I love the support slots I want to go beyond that. I want to be headlining. Saying that, I love doing shows with friends and I’ll always gig with QM records cos they’re like my family. I really enjoy their nights.

Has that tempted you to run more events?
I might start running my own nights, because I did that for my EP launch with my manager. It was pretty successful and it was a really nice feeling, it’s nerve racking putting on your own night. It was mad! The love for every artist was mad, it wasn’t just people coming through for me they came through for everyone which is a really nice feeling. People were interacting and watching every act, people fucking knew my bars from the EP. That EP means a lot, it was a deep thing for me. Hearing people spit bars from things I wouldn’t think were as popular I was like ‘fuck me’.

Who are listening to right now?
Normanton Street, every day. Yumi and the Weather, Mrisi and Holly Flo Lightly. I listen to a lot. I listen to Genesis Elijah before I go on stage, get the rage out before a show. [Laughs]

Catch her next show headlining the Green Door Store on 14th March 2017.
Links to Bobbie Johnson’s Facebook and music here.