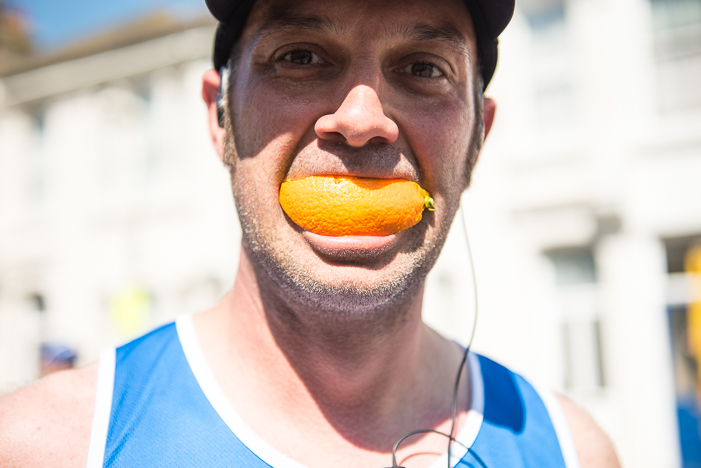 Brighton Marathon From The Sidelines

The strangest thing about the sportiest day on Brighton’s calendar is that the jubilant sense of achievement and celebration in Preston Park is only matched on a completely contrasting day of the year: Pride.

Isotonic fuel and energy gels replace beer, shots and rainbow tattoos for the 42-kilometre run/toddle/walk. You can tire yourself just looking at the map of the route. But it’s undoubtedly a party, even if a communal nervous tension hangs unmistakably in the warm air.

A man dressed as a portly badger, complete with headdress and claws, looks like he might have a hard time keeping cool on a stroll around the park, much less a meandering circumnavigation of the entire city at relatively high speed. Elvis impersonators, various superheroes and centaurs are limbering up, leaving behind a strew of half-empty bottles and abandoned banana skins (swiftly cleared, we should add, by eagle-eyed litter-pickers.) 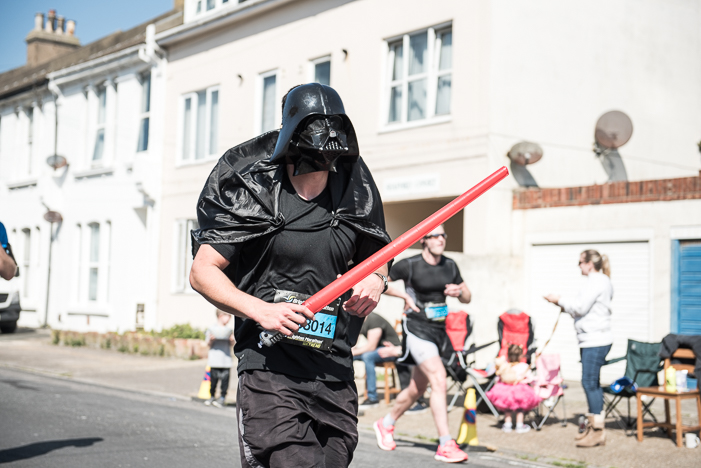 As they head to the colour-coded funnels – the runners are grouped into the rough times they think they might finish in – a playlist straight out of Now That’s What I Call Autotuned Music I Never Want to Hear Again blares from the starting point. Gradually, group by group, they go, out onto the main road, shrills and hastily-made placards greeting them from the crammed pavements. By mile 16, near Hove Lagoon, the standards have been set. Long after the elite athletes have fired past, people are either moving smoothly, grimacing or walking. Or combinations of the three.

Someone’s set up a sound system outside their house, from which ‘Gangsta’s Paradise’, a tune you don’t hear broadcast loudly in Hove too often, reverberates. “Any first time runners?” asks a veteran on the next corner through a loudspeaker. “17th timer,” comes the weary reply. “First and last timer,” quips another. “Fair enough,” encourages loudspeaker man. “One off the bucket list, isn’t it?” The thing is, you wouldn’t think watching people running down roads would be this interesting or exciting. The huge joy of the occasion can’t be easy to visualise for the runners, either: when you’re on your 20th mile on a rural Sussex hill on a freezing December morning, no amount of knowing that you’ll feel like the whole city is cheering you on when you reach the big day will make it any less tediously rubbish. But in this atmosphere, when everyone is momentarily rooting for each other in a world where terrifying wars might be about to break out, it’s brilliant. And it’s irresistibly inspiring: if you’re a runner, it instantly makes you want to be part of it next year. If you’re not, it shows you what any old fleshy body can do – an uplifting realisation even if it’s your idea of fresh hell. 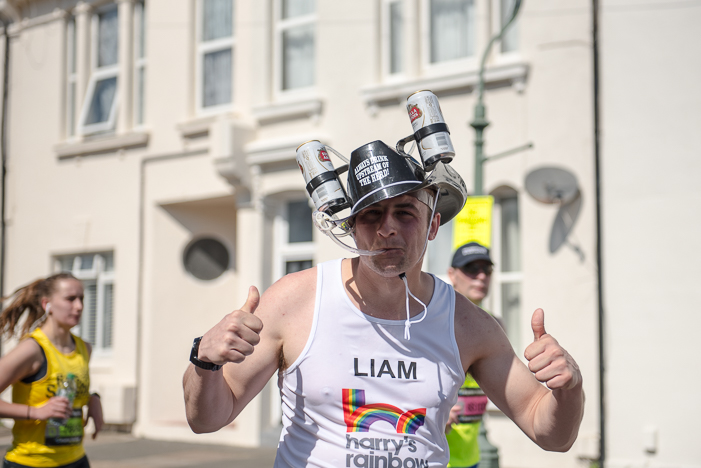 The normalness of everyone is striking: in fairness, none of the runners look like they’ve been living the life of Mark E Smith in his pomp over the last few months, but it wouldn’t be unkind to say there aren’t loads of lithe athletes. There are, though, plenty of people who look like potatoes or pears or people who go to the pub most nights.

If you could measure the serotonin levels at the finish – and the athletes’ village is so vast it would be a wonder if there wasn’t a stand at least offering some kind of endorphin tracker – they’d be off the scale. It would take the staunchest of scoffers not to feel some emotion seeing the finishers saunter, stagger or stumble across the line. This is a day for the city to be proud of, its spoils a medal and a severe dose of cramp for 12,000 people. As baffling as a marathon sometimes sounds, it all makes enviable sense watching on. Hopefully badger bloke didn’t boil. 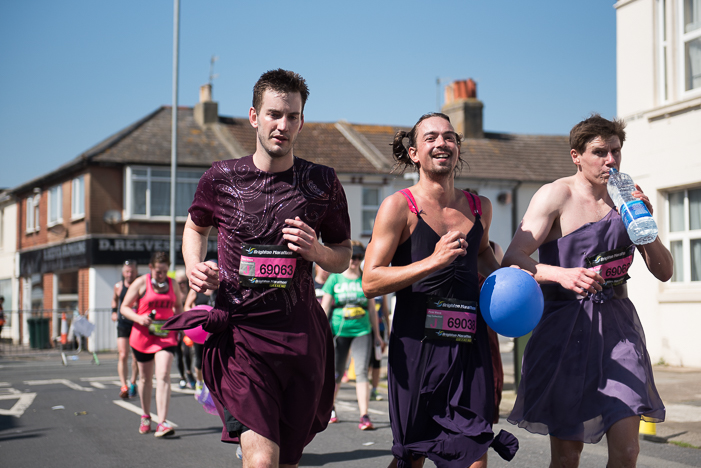