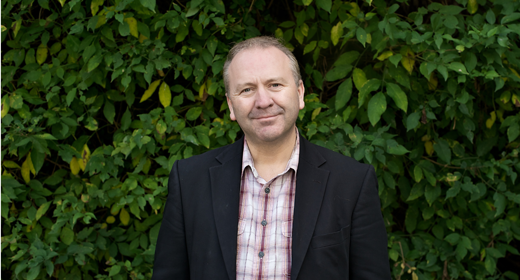 11 years on from The Treason Show starting, how has the climate of satirical comedy changed?
It changes with the winds of the political scene – Blair and Bush going was perhaps a golden age. Now with the coalition it’s like shooting fish in a barrel – it’s almost too easy sometimes. But also there’s other news that changes things. The whole decade since 9/11 was a pretty amazing period of history. The whole Bin Laden thing, the wars – these have been horrendous things that also perhaps need to be lightened up for people to deal with.

How did you deal with 9/11?
We were in rehearsal and I was getting texts saying World War III had started. So for obvious reasons we junked the whole show. We left rehearsals, went into the William IV and watched with everyone else, all thinking the world has just changed immensely. You can’t just go in and take it on head-on and take the piss, it’s just too harsh. But then everybody needed to be cheered up in another way, with silly stuff and lots of songs. You could feel the audience thinking, “What are they going to do?” We did acknowledge it; rather than just do a joke about it I tweaked a song, ‘The Times They Are A-Changing’.

When you’re watching things like that on the news, how soon can it become material?
It’s not an exact science. There’s a phrase, tragedy plus time… (equals comedy). You go by instinct and feel, and just try that line. The thing that still makes me laugh my head off when we look back at a show is the Diana joke reaction. We still get a “whooo!” but it’s become a pantomime reaction now. We’ve moved on from ‘it’s too soon’, but people still think they’d better boo a Diana joke; it’s funny because we’re pretending to be offended. Jokes take on these different phases and I love that journey.

Is anything beyond the pale for satire?
It’s about finding the right angle. With Diana – after she was tragically killed there was this point where it had been a few months and the conspiracy theories were flying around. We didn’t want to have a go at the royals or her kids so it was the press, wallowing in it and glorifying these conspiracies. Just sickening, some of it. So that’s what we had a go at. “Was it MI5 who killed her? Mossad? No, it was the florists!” So you’re still using it as a topical source of material but it’s a safe way of going about it.

Have you ever tried to translate The Treason Show to TV?Yes, but apparently we’re too controversial. A young producer – he was about 12 – came to see us in about… 05 or 07? There was an election on anyway. So we lightened it up a bit to make it more commercial but then it turned out he couldn’t make the April show and was apparently coming for May’s. So we thought, we’re not doing that again for him. It’s a topical sketch show, in election time. We’re going to do a lot of election-based material. He said to us afterwards, “It’s a bit… political.” I wanted to hit him. TV is so sensitive these days it’s just not worth thinking about.

You don’t only play in Brighton, you’ve taken the show on tour nationally.And internationally – we had an amazing run in Berlin. But we have reduced the touring in general; a lot of the venues have made it financially difficult to do it now. And we cut back so we could keep it more of a Brighton show, moving to the Dome. We’re touring next week though; we’ve built up a few venues that we go back to over the years. Places like the unglamorous-sounding Old Town Hall in Hemel Hempstead. We’ll go to places like that and tailor the show to them, and they love that.

What’s getting the best audience reaction at the moment?[Laughs] The Lib Dems. If the think-tank people wanted to see what people really think of the Lib Dems they should come and sit in on The Treason Show. The Coalition is just… it’s kind of become too easy but I can’t help it. People are almost sleepwalking through it and not realising what’s happening. Anything we do with Cameron and Nick Clegg as his lapdog – just big laughs every time. It’s an open goal for us. Basically being Cameron’s fag – people go, ‘Yes!’ That’s exactly what it looks like. I mean there’s obviously more to it than that really, but yes, that’s what everyone perceives it to be.