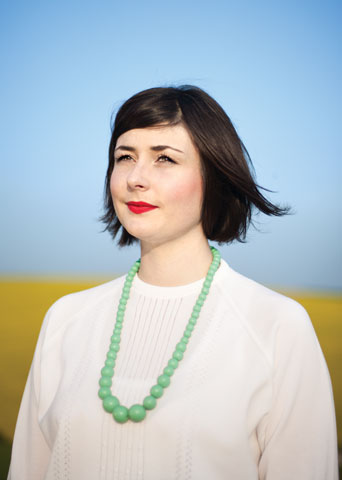 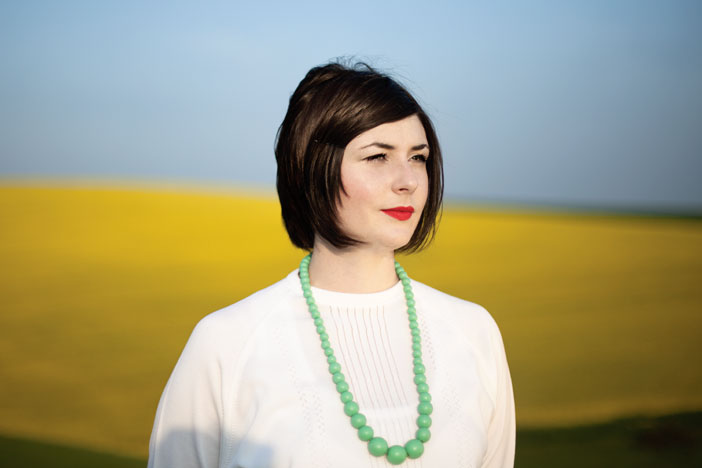 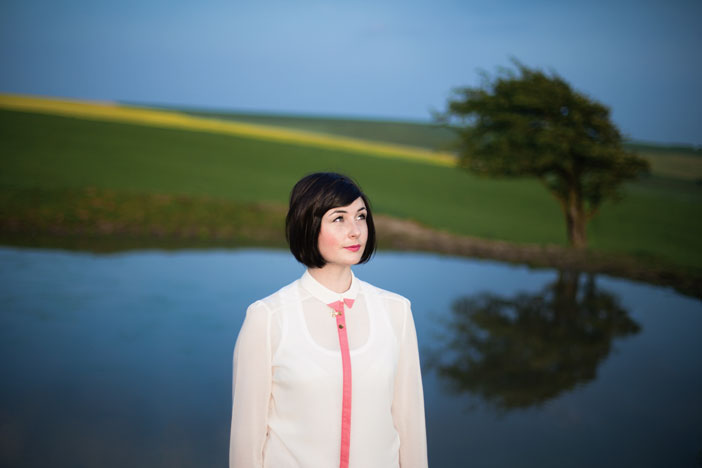 The end of Gloria Cycles was an emotional affair. A packed house at what is now The Blind Tiger saw cheers and tears, and one of the faces that was a little wet belonged to bassist Jen Dalby. But that’s to be expected. Here was a band with an abundance of both great songs and fans. It seemed like they were just one step away from breaking through, but six years at the indie coalface proved just too much. Half the band moved from music to photography (singer Kenny Mc Cracken now regularly shoots the SOURCE covers) and it’s taken until now for the rhythm section to return. First up, drummer Jack Hannan has a new single, ‘Hey!’, with his rap band Mok.

However Jen was the Kim Deal to Kenny’s Black Francis. Like the Pixies, when Gloria Cycles’ female bassist took to a rare journey to the mic the place lit up. For the Cycles it was the heartfelt ballad ‘If I Wanted To Tell You’, where Jen’s backing vocal added a fragility to Kenny’s raw passion. But, as special as her vocals were, we never expected to see her take to the spotlight. With her new solo project, Jennifer Left, though, she revels in it. Kind of.

“I miss the bass because I could hide behind it,” she admits. “I feel naked now. I never know what to do with my hands so I’m always clinging on to the mic stand. I just really feel quite weird. But I’m getting there. There was a while when I couldn’t even open my eyes. I was like, ‘You’re looking at me, you’re really in the room.’ But I’m getting over that. It’s just practice, but if you’re gonna do it you’ve got to do it.”

The first single is ‘Black Dog’, a jaunty, grown up piece of Parisian café pop that will have you whistling along with the hook from first listen. But the rhythmic jazz guitar hides a darker subject matter hinted at with the title.

“It’s about my sister,” Jen explains. “She has a few little demons in there. I love her but she’s bonkers and she’s sometimes got quite a stubborn temper. So this is me being a big sister, saying, ‘Chill out, nothing’s as bad as it seems. Don’t beat yourself up.’”

It’s a very different kettle of fish to Gloria Cycle’s ska-tinged power pop. The new project came about when Tim Bidwell – producer of Kate Walsh, Fink and Peggy Sue – said that he loved Jen’s voice and would like to make an album with her. She admitted that she probably couldn’t write an album on bass so they drafted in their mutual friend Ewan Wallace from Bonobo’s band. Jen made him a CD of the things she liked, including Feist and Sarah Blasko, and lots of swing and jazz, from Glenn Miller to Billie Holiday via Django Reinhardt.

“It’s mainly from working in the Hand In Hand for seven years,” she explains. “Sunday nights in there is where the Django Reinhardt style of music came from. But I’m not sure Ewan even listened to the CD – none of that really comes across in the music, but when we started there was swing in it.”

Actually you can hear little hints of all of those artists in the first couple of songs released. ‘Black Dog’ is backed with ‘Hushabye’, a breathy ballad with gentle glockenspiel licks that sounds just as timeless as the a-side.

The songs come together in a rather unusual way. Tim and Ewan get together and thrash out some ideas that they email to Jen, who “paces around” her living room before recording vocals and melodies in GarageBand to send back.

“I write down lots of poems – observational stuff – and try to fit it in where I can,” she says. “If I can’t think of any words I’ll just go ‘shoobedy doobedy doo’ and we’ll see what words fit it afterwards.”

It seems to be working, as Jen has a whole album ready to release and she’s already got a bevy of great gigs under her belt. Supporting Turin Brakes at St Bartholomew’s Church was a highlight.

“You always see all the skagheads hanging about outside, and there’s bars on the windows,” she says. “I walked in texting and looked up and, wow, I wasn’t expecting that. It’s beautiful.”

Also special was her very first gig that saw one of Jen’s heroes Sarah Blasko come up and say how much she enjoyed it.

“I thought, ‘Oh my god you’re Sarah Blasko,’” smiles Jen. “I didn’t let her know I’d twigged in case she thought I was a freak.”

When Jen played the very first SOURCE New Music last year the crowd was so enthusiastic that they demanded Jen come back out for an encore, despite the fact she had no more songs to play. They happily danced away to the first song of the set for a second time though.

“Yeah, I need to work on that,” she says. “Well, there’s two new songs that are ready to go – they’ll be up and running for the next gig so maybe I’ll hold one back, in case.”

But we have to ask, what happened with Gloria Cycles. Did Jen jack it in because she wanted to go solo?

“I actually didn’t want to do music anymore,” she says. “We were together six years – they were like my brothers, in each others pockets the whole time. I got a little bit tired and negative and just thought ‘Right, career hat on now. I’ve kind of done that and had a wonderful time but thank you and goodnight.’”

Once life settled down she realised that she missed music and that was when she decided to give it another go. Only not hell for leather this time.

“That band was committed,” she laughs. “Boyfriends and girlfriends came second – it was the four of us together no matter what. But we still get slammed on tequilas and reminisce about all the tomfoolery, so yeah, it’s fine.”

For all Jen’s wishes to go easy this time, we think that she’s going to get pretty busy soon. On the day of our interview two 6music DJs picked ‘Black Dog’ to play on their shows.

Selfishly we just want to put off the farewell gig for as long as possible – we’re not quite ready for another one.

James Kendall was the co-owner and editor of SOURCE. He’s been a music journalist since 1992 and spent over a decade travelling the globe covering dance music for DJmag. He’s interviewed a range of subjects from Bat For Lashes, Foals and James ‘LCD Soundsystem’ Murphy to Katie Price and the Sugababes. He’s a keen photographer and has work featured in The Guardian.
← PREVIOUS POST
June 2012 Issue
NEXT POST →
May 2012 Issue
Mailing List
Recent Posts
Website developed in Brighton by Infobo
Copyright © Brighton Source 2009-2020
Jennifer Left Interview - Brighton Source