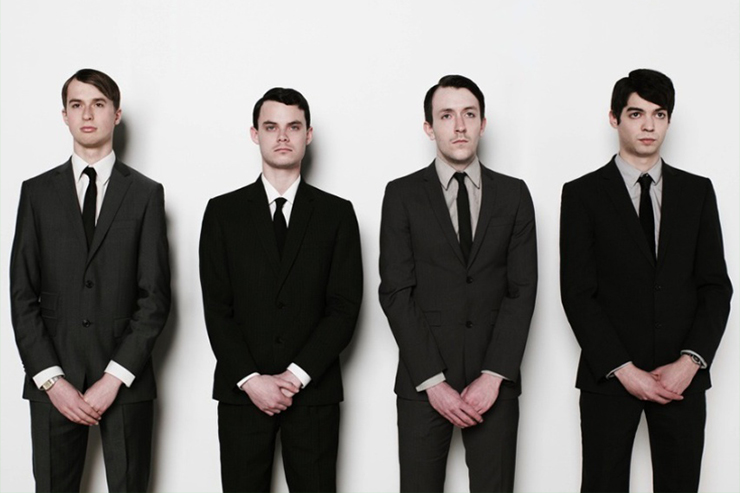 Mirrors
(2008-2012)
Summoned away from the SOURCE office for a family crisis in 2011, I grabbed office-fave ‘Lights And Offerings’ from my desk, jumped in a hire car, then spent three weeks driving franticly through rural Devon from hospital to hospice, the car’s sole CD my sole entertainment. Few albums could have withstood such repetition, but this was no ordinary CD. Mirrors’ solitary LP was like finding that your favourite 1982 synth band had, at their peak, made another heretofore undiscovered record. While the album showcased their sophisticated pop noir songwriting, Mirrors’ live shows were sublime, delighting in a modernist Kraftwerk-esque aesthetic. Grey-suited, in the shadows, their atmospheric analogue synths swirled about, whilst Ally’s wide-legged power stance combined with his beatific expression, eyes closed, led us to speculate as to what was going on under his keyboard. The SOURCE team was hooked and frittered away hours doodling the band’s name on our pencil cases, so enraptured were we by their glorious melodies. That they never found international success is one of the great unsolved mysteries of our time, whilst the album remains an enduring synthpop classic.

Where are they now?
Mirrors inevitably split soon after, but the former members continued to write and produce. Ally Young went on to form Viva Brother and Lovelife, while lead singer James New, after songwriting for Dua Lipa amongst others, released a solo album in 2018.