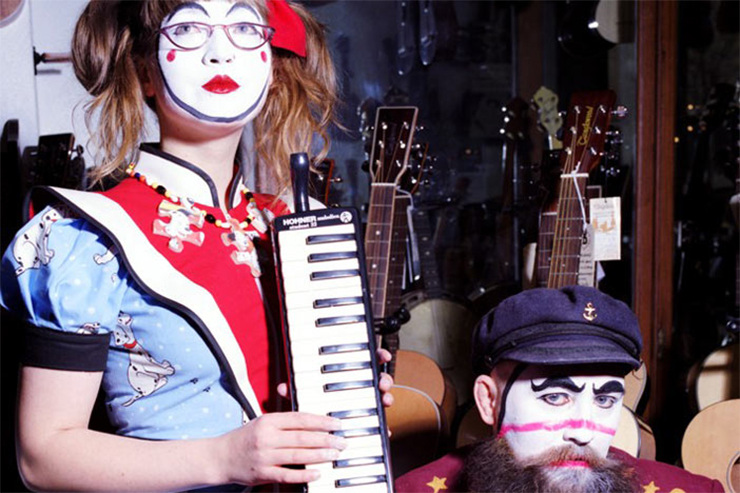 The Bobby McGees
(c. 2006-2015)
Back when the ukulele was still a novelty instrument, The Bobby McGees came up with a winning blend of plinky-plonky antifolk that was both funny and affecting. For a few years in Brighton they were everywhere. They later added double bass and clarinet to the line-up, but the core of the band was a singing couple with ukes. Jimmy played the lewd Scotsman to Eleanor’s English Rose, his gruff brogue providing a foil to her prim and pristine vocals. It was twee as hell, but they knew it – and often slipped in and out of character while sending up and celebrating geeky aspects of indie-kid culture. Jimmy’s knack for banter came into its own when he won The Weakest Link in 2010 while giving Anne Robinson a dose of her own medicine. However, The Bobby McGees’ lyrics were so close to the bone that it sometimes felt like you were watching a domestic dispute unfold on stage, so it seemed sadly inevitable when Jimmy and Eleanor split up and the band followed suit.

Where are they now?
Eleanor designs and sells retro dresses from her shop Dig for Victory on Edward Street. Jimmy went travelling and seemingly went AWOL somewhere in Vietnam.