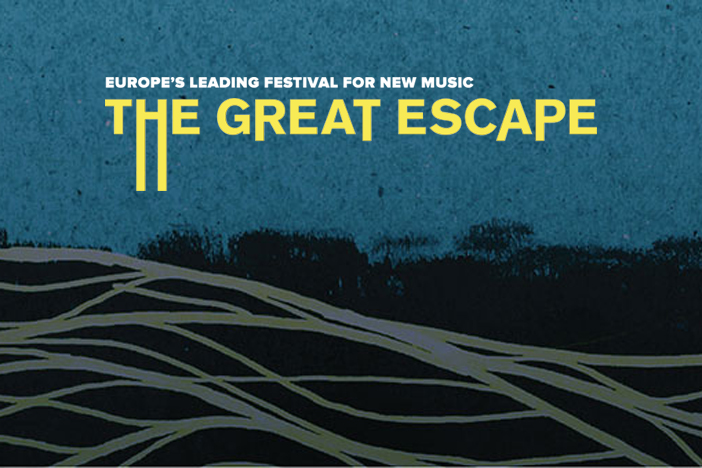 Ones To Watch At The Great Escape

Like the English Channel, The Great Escape’s artists have been arriving in waves over the past few months. There are now over 400 of them; surely only fools would attempt to listen to them all? Ahem, well to help you separate the wheat from the chaff (and let’s face it, there’s a lot of chaff), here’s SOURCE’s ‘ones to watch’ playlist. Highlighter pens at the ready…

Shamir
Coaltion: Thu 14th, 9:00-9:30pm
The Haunt: Sat 16th, 8:45-9:15pm
Shamir’s ‘On The Regular’ should have been a summer anthem, if it weren’t released in the winter. Nevertheless, it seemed totally new – androgynous and catchy as hell – and his two TGE shows look set to provide possibly the biggest queues of the weekend.

Girl Band
Corn Exchange: Sat 16th, 6:45-7:15pm
Ireland’s Girl Band actually played TGE last year, but they’ve since refined – or maybe brutalized – their sound to better encompass the rhythms and rough shards of noise that make them increasingly thrilling. Like a punch in the guts, in a good way.

Blanck Mass
St George’s Church: Fri 15th, 10:30-11:00pm
Benjamin Power of Fuck Buttons, aka Blanck Mass, headlines an amazing schedule at St George’s on Friday, but we can only guess as to how his expansive, dark, often beatless black scree will translate into the half hour he’s been allotted.


https://www.youtube.com/watch?v=BYtJzBerwSs
Awesome Tapes from Africa
Dome Studio Theatre, Sat 16th, 11.30pm-1.00am
Not a live band, but a DJ set spawned by a blog showcasing curios picked up in African markets. For lovers of Ye Ye Fever, we reckon. How could this not be a winner?

H.Hawkline
Dome Studio Theatre: Fri 15th, 9.15-9.45pm
This Cardiff songwriter’s LP was produced by the majestic Cate le Bon, and her influence is splashed all over it. In fact, it’s almost like playing an undiscovered Cate le Bon LP at the wrong speed. This, we reckon, is a good thing.

Sudakistan
The Hope and Ruin: Thu 14th, 9.00-9.30pm
If you’re into Swedish/Latino garage punk (and let’s face it, who isn’t?) then look no further. From what we’ve heard of them, we’re expecting a smashed-open pinata of fuzz and bongos. For fans of Goat and Thee Oh Sees.

AK/DK
The Hope and Ruin: Fri 15th, 9.45-10.15pm
The Brighton-based synth abusers’ debut LP came out this year. Oscillating within a similar spectrum to Add N to (X) and Battles, they should make a few waves (sorry) when they hit The Hope on Friday’s prime-time slot.

The Lytics
Komedia Studio Bar: Thu 14th, 8.45-9.15pm
Green Door Store: Sat 16th, 2.30-3pm
By the time Saturday rolls around, you might be in the mood for some laid-back flow. Hip-hop crew The Lytics’ samples glow with old-school, West Coast sunshine; even though they’re actually from Canada.

Jack & Eliza
Upstairs at Patterns: Thu 14th, 10.00-10.30pm
Their name sounds like something from Christopher Guest’s folk spoof ‘A Mighty Wind’, but these guys’ harmonies are sweet enough to mark them out from the crowd of indie-folk also-rans. ‘Hold the Line’ and ‘Secrets’, in particular, resonate with a warmth reminiscent of Real Estate.

The Magic Gang
The Green Door Store: Fri 15th, 9.15-9.45pm
Watch out for rousing slacker-rock choruses, crowd surfing and teenage hormones as these local kids play to their home crowd. Also expect not to get in, unless you turn up early.

Pinkshinyultrablast
Sticky Mike’s Frog Bar, Sat 16th, 9.30-10.15pm
There can’t be too many Russian bands taking their cues from Cocteau Twins and Slowdive. Pinkshinyultrablast do, and they do it well. Despite their daft name.

Virginia Wing
The Basement: Sat 16th, time TBC
If you’re adventurous enough to veer onto the fringes of the Great Escape path, you’ll find some fine bands on the Alternative Escape. Saturday’s Fire Records showcase, for example, looks ace. Virginia Wing are on the bill. They sound like Broadcast. They’ve also played with Hookworms and Soft Walls. You shouldn’t need any more info than that.

Sometimes an article is a bit of a team effort, and those are tagged SOURCE Writers. If you’d like to be part of that team, hit the Contact link at the top and get your work on this website.
← PREVIOUS POST
Ten Fringe Shows You Should Probably Go To
NEXT POST →
Rhythm Junction, Fri 29th May
Mailing List
Recent Posts
Website developed in Brighton by Infobo
Copyright © Brighton Source 2009-2020
Ones To Watch At The Great Escape - Brighton Source