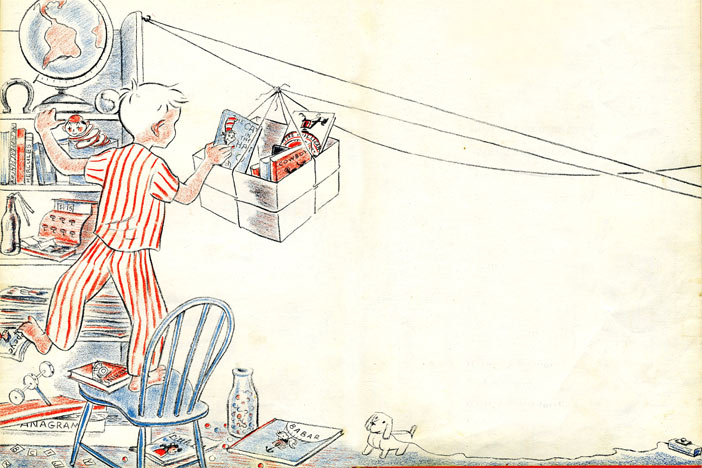 Six Of The Best Children’s Books

In celebration of children’s author Michael Rosen’s guest directorship of this year’s Brighton Festival we choose the books that sparked our imagination as kids. When we do this again in 20 years time it will be Best Children’s Apps, of course.

A Little Princess
by Frances Hodgson Burnett
At boarding school, pupil Sara Crewe lives a high life of celebrity status and fur-trimmed bonnets. Tragically, dear Papa loses his fortune and dies in India, leaving evil headmistress Miss Minchin to banish Sara to the attic to live with rats and the lower orders, without even her lady’s maid to button her dress. Combining mis-lit and period drama this one’s a guaranteed tearjerker, despite the relatively happy ending. Steer clear of the sugar-coated film version – her dad’s dead, DEAD, he doesn’t suddenly reappear at the end for fuck’s sake. (RK)

The Faraway Tree Series
by Enid Blyton
These tales of mystical woodland folk held generations of children spellbound with fantasies of climbing the branches to the transient lands above. They’re as full of alarming adventures with sociopathic goblins as Blyton’s writing is crammed with casual racism. The frankly awesome ‘Land Of Take-What-You-Want’ fuelled an avarice in us that, despite the book’s easily pleased wartime children being satisfied with a spade for Father and some hens, no doubt paved the way for our sense of entitlement, the crushing disappointment of real life and inevitable subsequent shoplifting career. (RK)

Forever
by Judy Blume
Pre-internet, there was no Vice Guide To Double Penetration to hand, and lusty 20th century teens had to rely on finding specialist magazines in the hedge for sexual guidance. Little wonder then that Judy’s sex-manual-cum-cumming-of-age-romance between goody-goody Katherine and eager Michael and his BFF Ralph, was passed round the classroom quicker than chlamydia at a West Street under-14s night. The characters – who sidestep the traditional rites of passage like pissed up fingering by the youth club bins – seem implausibly sensible to our modern eyes, but thankfully the advice within made us think twice before dousing anyone’s testicles in Moustache aftershave. (RK)

A Big Ball Of String
by Marion Holland
You really can’t choose what captures your imagination as a kid. This simple story from the Dr Seuss stable is about a boy who collects up scraps of – you guessed it – string to make – yep – a big ball. Simple times. “With a BIG ball of string, I could do ANYTHING,” says the enthusiastic, poetic story. But the words were just a tiny part of what conjured up adventures in our mind. The 1950s pencil illustrations are so evocative we felt like we were there tangled up with him. (JK)

The BFG
by Roald Dahl
Aged eight, it doesn’t seem bizarre that your rather tall mate can catch ‘dreams’ in his ears, sharing out the good ones by ‘blowing’ them into children’s bedrooms. Nor is it peculiar he’s adamant on whipping out the remaining members of his race to avoid eating ‘snozzcumber’. Like any good friend, you call in the Queen, King of Sweden and Sultan of Baghdad to resolve the situation. Yes, this is the heart-warming story of how Elizabeth II, Carl XVI and Saddam Hussein rally together to help a Jimmy Saville-like figure silence his paedophile-ring with vegetables that make you fart. (TLB)

The Warlock Of Firetop Mountain
by Steve Jackson and Ian Livingstone
Part story, part game this was a book in which YOU were the hero! Interactive and non-linear, it allowed you to make the character’s choices for them, and – because cheating was almost mandatory – required you to use a dexterous finger-bookmarking system to ensure you could always backtrack. Despite all that, it was total fun. What it lacked in plot (a wizard has some treasure, you want it) was offset by the quirky details and eerie atmosphere. It was an instant hit in 1982, kickstarted the bestselling Fighting Fantasy series and acted as a RPG gateway drug for a generation born before computer games were any good. (BB)

Sometimes an article is a bit of a team effort, and those are tagged SOURCE Writers. If you’d like to be part of that team, hit the Contact link at the top and get your work on this website.
← PREVIOUS POST
September Culture Round Up
NEXT POST →
July 2013 Issue
Mailing List
Recent Posts
Website developed in Brighton by Infobo
Copyright © Brighton Source 2009-2019
Six Of The Best Children's Books - Brighton Source