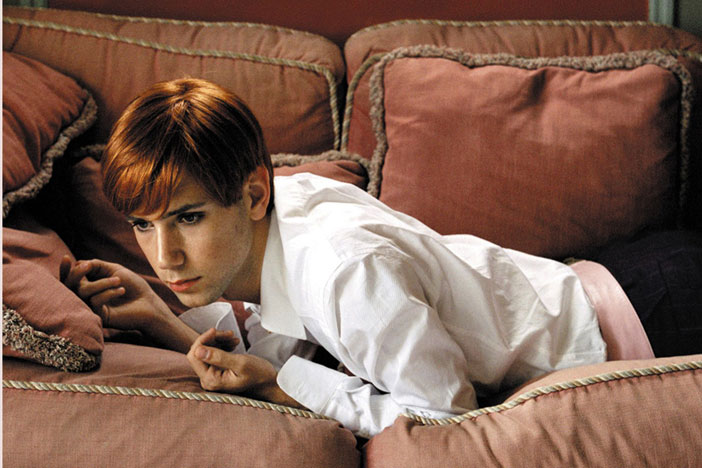 Hip hop is possibly the most difficult genre to cover, which might explain why there are so many god-awful versions knocking around YouTube and Spotify (in fact you don’t need to head much further than these six before you’re in the world of novelty). Once you’ve got over the lack of melody the next hurdle is the macho bravado in the lyrics – hard to pull off over an acoustic guitar without your tongue in the side of your cheek. And a misplaced tongue can very much ruin your flow – just ask 50 Cent.

Ben Folds ‘Bitches Ain’t Shit’
From the title right through to its very core, ‘Bitches Ain’t Shit’ is a hugely misogynistic song, but its unpleasantness is exactly why piano man Ben Folds chose it. One of Dre’s dullest productions, Folds adds tender melancholy, suggesting that Snoop and co have real regrets about their behaviour. But stories of murder also gain an element of ridiculousness coming from Folds’ geeky, white mouth. “The shit she be doing ain’t shit,” he deadpans, claiming that, “that’s some real conversation for your ass.” A beautiful dichotomy between the lush melodies and unpleasant lyrics, Ben’s grandmother apparently loved it until she listened to the vocals. (JK)

The Gourds ‘Gin And Juice’
Before the likes of Hayseed Dixie made a career it, The Gourds’ bluegrass reimagining of Snoog Dogg’s archetypal g-funk track turned the original’s relaxed hedonism into a moonshine fuelled alt-country hoedown. The Gourds’ recording first appeared in 1998, becoming an early file-sharing hit, although, thanks to the internet’s pre-Google uncertainty and its lengthy jamming section, it was often misattributed to stoner favourites Phish. Oh well, pop quiz! Can you name any other Gourds song? At all? (SH)

Tricky ‘Black Steel’
Originally about a prison break, Tricky’s rock-riffing take on Public Enemy wisely concentrates on the powerful concept in the flawless first verse. “Got a letter from the government the other day/Opened it, read it, it said they were suckers,” exclaims the impotently furious protagonist before ending up in the clink as a conscientious objector. That Martina Topley-Bird was a teenage girl when she sang about being drafted to the army matters not. She’s almost as angry about the situation as Chuck D, as the tough beats clank like the bars of a locked cell. (JK)

Tori Amos ’97 Bonnie And Clyde’
’97 Bonnie And Clyde’ was one of the most harrowing tracks on Eminem’s breakthrough ‘The Slim Shady LP’, telling a grisly tale of Shady roping in his daughter Hailie to dispose of her murdered mother’s corpse. Amos reworked the song from Kim Mathers’ whispered perspective on her brilliant, conceptual covers record ‘Strange Little Girls’, stripping the recording down to just piano, Bernard Herrmann strings and flickering drum machine. Grim stuff, but no more disturbing than Eminem’s deeply troubled original. (SH)

Tiga ‘Hot In Herre’
Nelly’s best song by a country mile, ‘Hot In Herre’ was already kinda camp before electro jock Tiga added it to his ‘DJ Kicks’, one of the many excellent exclusive tracks for the mix series. The Neptunes were absolutely at the peak of their considerable production powers when they made the original, so Tiga – who also tackled Public Enemy’s ‘Louder Than A Bomb’ to lesser success – didn’t have to do too much. But the cold synth stabs complement the gayest vocal a hetero fella can deliver straight-faced. You couldn’t go to a party without hearing this in 2003, thank god. (JK)

Nina Gordon ‘Straight Outta Compton’
In these days of relentless swearing and casual violence it’s easy to forget just how shocking NWA’s ‘Straight Outta Compton’ was at the time of its release in 1988. So to hear the song that sent shockwaves through provincial Britain re-interpreted in the delicate stylings of Nina Gordon is something of a bombshell too. Hearing the line “Goin’ off on a motherfucker like that, with a gat that’s pointed at yo’ ass” delivered in a sweet and earnest folky manner is something quite special. (DH)

Listen to both versions on Spotify: Hip Hop Covers
More Six Of The Best: Click Here6best

Plus, one that got vetoed

Duran Duran ‘White Lines’
Routinely hailed as one of the worst albums ever made, Duran Duran’s, ah, notorious tribute effort ‘Thank You’ contains one of the most baffling hip hop covers of all time, with their Beck gone Brummie take on ‘911 Is A Joke’. It also contains one of the best, as Melle Mel, Grandmaster Flash and The Furious Five are all roped in for this enthusiastic race through ‘White Lines’, performed with understandable joy by men who’ve conquered their own coke demons. (SH)

Sometimes an article is a bit of a team effort, and those are tagged SOURCE Writers. If you’d like to be part of that team, hit the Contact link at the top and get your work on this website.
← PREVIOUS POST
Holy Vessels Interview
NEXT POST →
Jonathan Cenzual Burley
Mailing List
Recent Posts
Website developed in Brighton by Infobo
Copyright © Brighton Source 2009-2019
Six Of The Best Hip Hop Cover Versions - Brighton Source