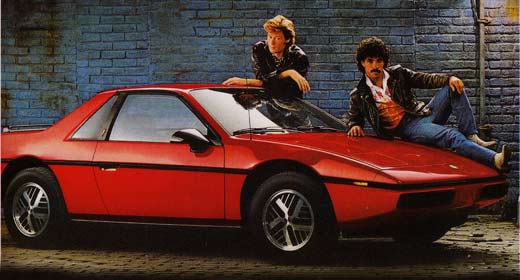 Six Of The Best: Yacht-Rock

Though the term ‘Yacht-Rock’ was coined in recent years, it refers to a genre of music dating from the late 70s and early 80s, characterised by high production standards, layered vocal harmonies and a smooth, warm overall sound. In their heyday its main exponents, bands like Steely Dan and The Doobie Brothers, were hardly lauded by the critics; but in more recent times, thanks to bands such as Neon Neon and Grovesnor updating the sound for a new millennium, and the wonderful internet-based comedy series ‘Yacht Rock’, the genre has started to receive some of the attention it has always deserved. If you are new to this world of smooth then these 6 songs could be your first ports of call (Ouch!).

Steely Dan – FM (1978)
We have to start with these guys. As we’ll discover later, many bands had certain songs that could be labelled ‘Yacht-Rock’, but the Dan are one of the few who sailed the seas of smooth across their whole career. This song, written for the film of the same name, is one of their many great tunes. The film’s soundtrack almost acts as an unofficial Yacht-Rock compilation, featuring other classic smooth acts such as Boz Scaggs and the Doobies.

The Alan Parsons Project – Eye in the Sky (1982)
Though they were by no means a Yacht-Rock band, this particular song certainly ticks all the right boxes: vocal harmonies, damped guitars, electric piano and a killer chorus. The subject matter, which at least in part references Orwell’s novel Nineteen Eighty-Four, is hardly typical of the genre, but that just adds to its charms.

Little River Band – Reminiscing (1978)
Having recently featured on the Monsters vs. Aliens soundtrack, these New Zealanders make the list here with a romantic little number. They would be worth a mention on the strength of the video alone – six grown men in lovely waistcoats singing together in a weird, darkened gentlemen’s club. It was a sad day when the music industry decided that ugly blokes with beards were no longer allowed to be popstars.

Hall and Oates – I Can’t Go For That (No Can Do) (1981)
I almost left this one of the list because it could quite happily feature in a list of the six best songs of all time. You know you’ve written a pretty special track when both De La Soul and Simply Red (RIP) feel the need to sample it (though, obviously, De La Soul aren’t quite as cool as Ginger Hucknall). A recent collaboration with Chromeo has done their credibility no harm and should finally mean they can live down that photo on the cover of The Silver Album where they famously appear looking like moderately attractive women.

10cc – I’m Not in Love (1975)
Again, hardly a classic smooth band, but part of what makes Yacht-Rock interesting is that it’s a genre comprising songs principally, rather than bands. 10cc are of course better known for their prog (and they do attempt to ‘weird things up’ here by adding an ethereal multi-tracked choral backing) but this is a tune that’s dressed in a tailored white blazer, shades on, watching the sunrise after an all-night cocktail party aboard a boat called ‘The Satin Bordello’. Awesome.

Doobie Brothers – What a Fool Believes (1978)
This was co-written by Kenny Loggins (with Doobies singer Michael McDonald) and the story of its conception forms the first episode of the aforementioned Yacht Rock series. The opening scampering piano chords signal that something great is on the way, and by the time he has finished singing the first chorus you are in no doubt that McDonald is king in the land of smooth.