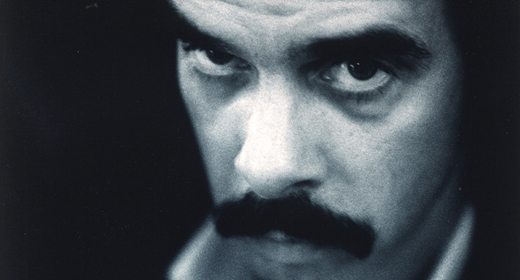 Six Of The Best Rock Moustaches

Unlike its arbitrarily acceptable companions the goatee and sideburns, the moustache has a chequered reputation in the sartorial history book. To the culturally bereft it remains the facial domain of the Scouser, the Iraqi and the homosexual, but there’s so much more to the moustache than that. Here’s six soup-strainers that have helped give rock a stiff upper lip.

NICK CAVE
Something of an arriviste on the moustache scene, Nick made up for his lateness with a dramatic Zapata number, dyed an inky black to match (and possibly distract attention from) his retreating hairline. Worn with elegant panache, defiantly sidestepping any hint of post-modernism or irony, Cave’s is truly a ‘tache for all seasons. Whether he’s in towering troubadour on-stage mode or bumbling around the entrance to the Marina Cineworld shepherding his kids into some Disney flick, he always looks the absolute business. (NC)

FREDDIE MERCURY
We don’t like the assumption about the moustache as a gay facial announcement -indeed Freddie’s was quite tame when compared with a lot of the Tom Of Finland handlebar depictions he could have aped. But for such a towering rock icon as he was, it’s testament to the discrimination suffered by the moustachioedjust how few of his fans adopted the look. Mind you, these were the fans who all blindly swore he ‘just hadn’t met the right woman yet’, so perhaps their judgement is somewhat less noteworthy. (NC)

KINGS OF LEON
‘Tache fanciers did a double take when Kings Of Leon burst onto the scene in 2003. Not only were they rocking an Allman Brothers / LynyrdSkynyrd hybrid for a noughties indie generation, but they were doing it with proper Hicksville hair and moustaches. These were proper, weedy white-boy jobs too – not for these guys the full and buoyant, this was apologetic moustachery in all its thin, mousey glory. Inevitably though, as they got more commercial the hair got more preppy and they got The Best A Man Could Get. After all, there are inevitable safety issues with the moustache when you’re dealing with sex that’s literally on fire. (NC)

LEMMY
Having been fired from the 60s band Hawkwind for being thrown in prison on drug charges, Ian Fraser Kilminster, or as he’s better known, Lemmy, turned his hand to heavy rock music. Along with his (very loud) bass playing, the genre inherited what is perhaps its most distinguishing ‘tache. Ever since, it’s given all heterosexuals a chance to reclaim the handlebar/sideburns combo from their Village People connotations. Additionally, it’s a good way to take attention away from your massive mole! (TR)

RON MAEL
The scary, starey one out of Sparks was responsible for as many mid-70s migrations to the dusty sanctuary behind the sofa as the Daleks. His moustache bucked the era’s trend for big and bold, instead opting for the toothbrush look as popularised by Adolf Hitler and Oliver Hardy. Still a resolute whisker wearer, Ron’s top lip topiary has developed over the decades – he’s now the proud owner of a pencil-thin gangster model and he remains an exemplary hero of the hirsute. (NC)

PAUL RUTHERFORD
Despite consisting of five hubcap-eyeing Liverpudlians, Frankie only actually numbered two moustaches. Ped Gill’s was OK, but it was Paul Rutherford’s lustrous model that caught the world’s imagination. Paul didn’t really do a lot in Frankie, he danced about and went ‘HOOAH’ quite a lot, but his iconic look of glorious leather man gay stereotyping helped secure the band’s legend as hetero-worrying tabloid superstars. (NC)

WORDS BY NICK COQUET, THE RECOMMENDER

FRANK ZAPPA
Here’s a good example of the moustache being bigger than the man. We’ve all heard of Frank Zappa and we all know what he looked like – a truly lustrous, trademark moustache with accompanying bottom lip brush. Yes siree, Frank Zappa was a true legend, an icon of the era. So let’s celebrate this great artiste then – why don’t we all have a sing-sing of all those hits he had? No? Thought not. You can’t think of a single one, can you? That’s the pure power of the moustache at work right there. (NC)

RON MAEL
Perhaps the riskiest of today’s moustaches is the Hitler stash. Adorned by only the bravest of individuals, this is a tricky piece of facial hair that’s almost impossible to wrestle from its Nazi dictator’s iron grip. However, Sparks’ keyboardist has embraced its miserable association wholeheartedly, often seen motionless and scowling side of stage. Wearing such a moody frown is perhaps the only way to get away with such an infamous mouth brow. (TR)

THE BEATLES
As grainy footage of the era suggests, the moustache was common currency in 1967. The Beatles were no exceptions, each and every one of them opting for hairy handlebars and each and every one of them looking a right tit in the process. This was the Sgt Pepper era, so those stupid chintzy guardsman suits didn’t help, but McCartney in particular looked like an eight-year old boy gone nuts with a Sharpie. It also marks the moment when, for SOURCE, the band became utterly non-essential. But this is coincidental, not the fault of the face fuzz. (NC)

FREDDIE MERCURY
FarrokhBulsara’s teeth perhaps weren’t the most attractive thing about the nation’s beloved Freddie Mercury, so deciding to adorn a moustache mid-way through his career seemingly solved any issues in the mouth department. Killer Queen frontman Freddie has subsequently become one of the most famous top lips since Elvis’ quivering curl. Perfectly brushed and instantly recognisable, it appeared following the gay community’s facial fashions of the early 80s. (TR)

Sometimes an article is a bit of a team effort, and those are tagged SOURCE Writers. If you’d like to be part of that team, hit the Contact link at the top and get your work on this website.
← PREVIOUS POST
SOURCEfest
NEXT POST →
PTMY: November 2009
Mailing List
Recent Posts
Website developed in Brighton by Infobo
Copyright © Brighton Source 2009-2020
Six Of The Best Rock Moustaches - Brighton Source