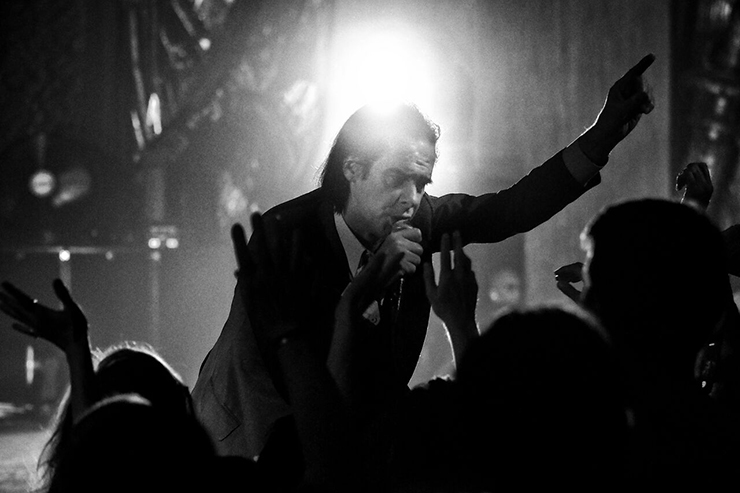 Nick Cave comes to Brighton on a bizarre speaking tour

Nick Cave has announced he will be embarking on a tour of Europe and the UK, but being Nick Cave this is no ordinary tour. The singer will be appearing by himself to chat with the audience, answer questions and perform solo on piano. It’s basically a talk show, presented by Nick Cave, featuring himself as a guest.

The tour follows a similar run of shows in Australia and New Zealand in which Cave ended up taking a host of questions on a weird mix of topics such as Leonard Cohen, grief, artificial intelligence and Palestine – though he also ignored some he didn’t care to answer. It seems he’s open to discussing individual songs (by himself and others), taking requests and giving renditions of classic tunes from across his career.

Nick Cave lived in Brighton for 15 years, providing many locals with surreal stories of mundane encounters with rock royalty. Indeed, few people have ever looked so cool while taking their kids to the library. During those years he became something of a local hero.

However, in 2015 Cave’s son Arthur died tragically after falling from the cliffs in Ovingdean. Two years later the singer and his family moved away to LA, claiming it was too difficult to remain in a city where the public seemed almost excessively supportive. “When I go out in Brighton these days, there’s a sort of feeling that we’re all in this together,” he told GQ magazine in 2017.” And it’s just a little bit too intense for me. It’s too many memories, really.” 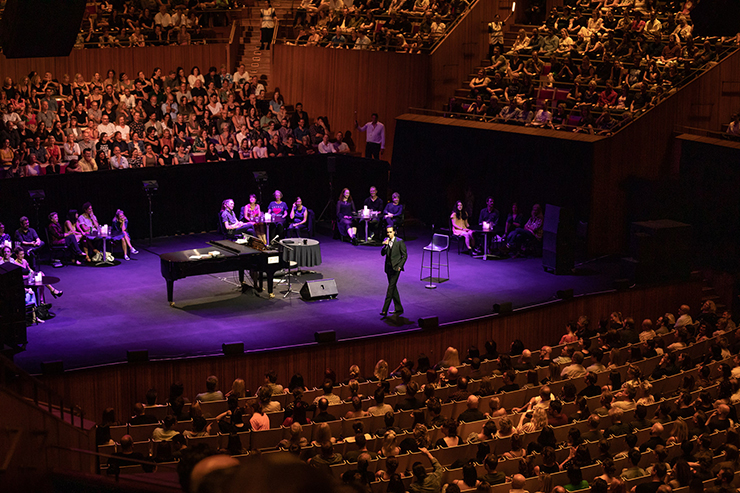 Nick Cave addressed his grief in the documentary One More Time With Feeling and on many of the tracks on his last album ‘Skeleton Tree’. In January he announced that work on an “amazing” follow-up record was nearly finished.

The ‘Conversations With Nick Cave’ tour starts in May in Hamburg and ends at Brighton Dome on Friday 28th June. Tickets for the Brighton date go on sale on Thursday 21st February at 9am. For those lucky enough to get hold of one (and they aren’t exactly cheap) this unusual show should make for a memorable and probably poignant evening.

Ben Bailey is the editor of Brighton Source and a freelance writer. He also plays in a few bands and can sometimes be found giving talks on a variety of niche topics. He lives in Brighton and rather likes it.
← PREVIOUS POST
Sports Team, Thurs 21st Mar
NEXT POST →
Locally Sourced, Feb 2019
Mailing List
Recent Posts
Website developed in Brighton by Infobo
Copyright © Brighton Source 2009-2021
Nick Cave comes to Brighton on a bizarre speaking tour - Brighton Source