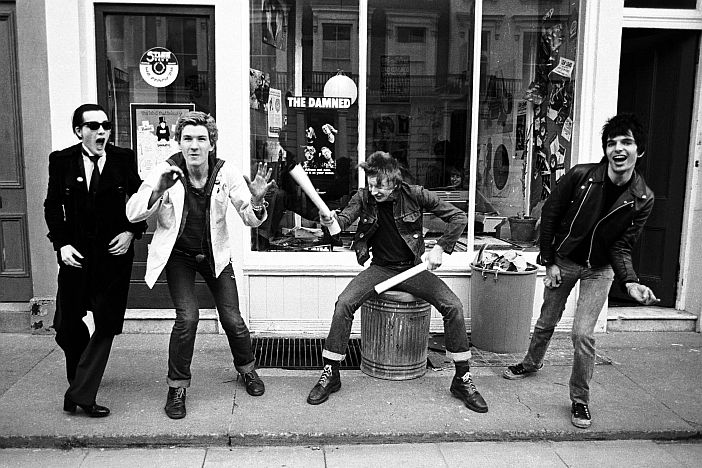 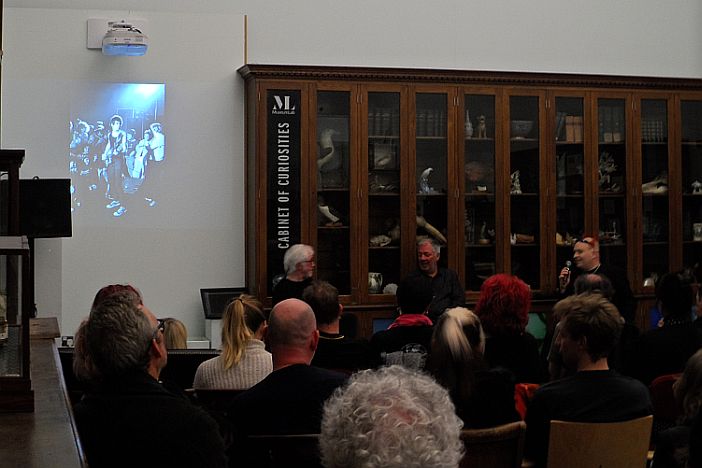 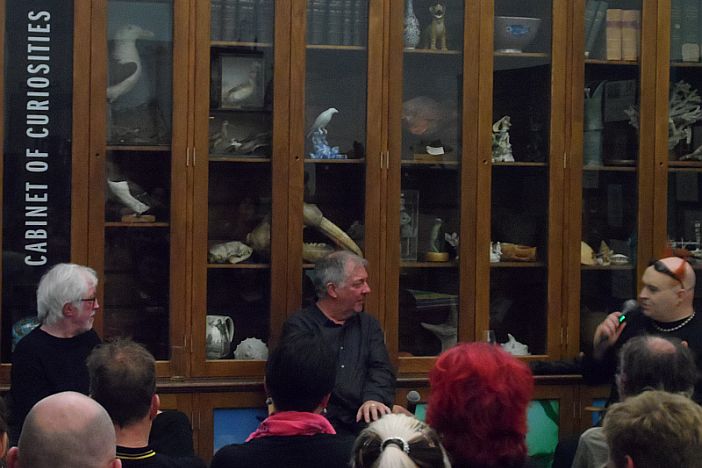 The 40th anniversary of Punk Rock is being celebrated at Brighton Museum with an exhibition of 40 photos shot by Kevin Cummins for the NME and Ian Dickson for Sounds.

Of the two – who hadn’t met before this evening’s Q&A with music journalist Simon Price – Cummins was the more forthcoming and happily rolled out an amazing list of celebrity encounters, from the other members of Joy Division trying to make Ian Curtis laugh during a publicity shoot to having his negatives of Madonna at The Hacienda lost in a darkroom mishap.

Both were present at early Sex Pistols shows, including the legendary Lesser Free Trade Hall gig in Manchester and they each spoke about the importance of Marc Bolan in promoting the first wave of punk bands through giving support slots to The Damned and inviting Generation X and The Jam onto his TV show.

As they were using film in those pre-digital days each shot had to count and due to the cost, black and white was used in preference to the more expensive colour. This was a serious consideration given that buying and processing two rolls of film could cost £20 at a time when they were only earning £6.50 if a photo was used. Some of these now fetch four figure sums.

Both said all the bands were easy to work with and that only The Jam (unsurprisingly) and The Clash were image conscious enough to bring a change of clothes to photo sessions. The exhibition also contains shots of the first generation of fans including a never-before-exhibited Sounds cover image by Ian Dickson, captioned ‘The face of punk’, featuring Clash fan Shane McGowan before he found fame as lead singer of The Pogues.