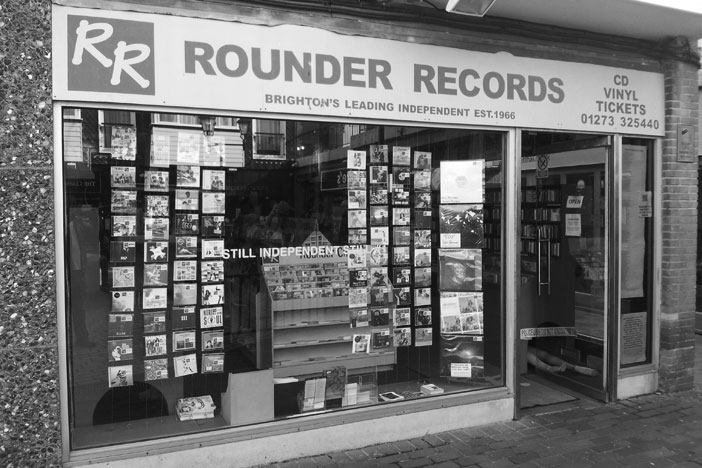 Rounder Records To Close After 46 Years

It is with an extremely heavy heart that we announce that Rounder Records will close on Sunday 29th July after 46 years at the centre of our local music scene. Brighton’s oldest independent record shop just coundn’t make the numbers add up as the music industry feels the pinch of not just the recession but also the move to digital formats. Our concerns about their dramatic sale were confirmed today with a press release.

Primarily Rounder has become another victim of the iTunes/Beatport/Pirate Bay axis. People who previous spent £8 on an imported vinyl 12” – Rounder’s bread and butter customers – either didn’t have that money or had moved to playing 99p digital files from CDJs or off their laptop. Added to that it’s become just so easy not to pay for music that it’s frequently, but perhaps hyperbolically, reported that many of the newest generation of music lovers never even think to pay for music.

“We are closing because we can’t make it add up any more,” they say in a written statement. “We are a business that has been decimated by downloads (both legal and illegal), VAT avoidance by the big online retailers, a double dip recession, and the decline of the high street. Our lease has ended and we have nowhere to go.” 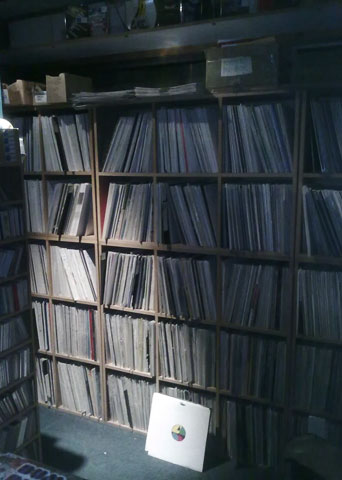 Rounder played a part in the city’s time in the spotlight. In the mid 90s Norman Cook and Damian Harris both worked behind the counter before finding fame as Fatboy Slim and the head of Skint records respectively. They were just two of a huge range of people working in Brighton’s music business who did counter time. Most recently, dubstep DJ Riskotheque and The Agitator’s Derek Meins could be found serving up CDs and vinyl.

“We would like to give heartfelt thanks to all our customers over the years,” Rounder says, “and hope that we have managed to provide you with some special and great music throughout this time. That’s why we have been here – as a place to obtain, hear, find out about, discuss all types of the weird and wonderful world of music, to be a social hub for a musical city, a place where future bands are born, where record labels are started, where local bands can stock their first release, where you can get tickets for gigs, where there’s something playing on the shop stereo that might be your new favourite band. Sadly, in 2012, this is just not financially viable.”

Owner Phil Barton added: “The shop and the staff have always striven to be the best. We are not able to deliver the best anymore and with the deepest regret I have to close the doors at the end of July. Rounder has been a part of my life, and my loyal staff’s lives for so long that having to close is a very bitter pill to swallow. We tried everything to stay open, but the basic economics were killing us.”

On a personal note, it’s possible that SOURCE would not be around now if it wasn’t for Rounder. I was working there when I heard about the editor’s job and certainly I have never been so clued up about music as I was in that year. We’re sure that the shop has weaved its way into the lives of every other music obsessive in Brighton too.

We’ll talk to Rounder and Resident over the coming days about the future of record shops and what we, as customers, can do to protect this important part of our culture. See our follow-up feature on Brighton’s best record shops, now Rounder has gone.

James Kendall was the co-owner and editor of SOURCE. He’s been a music journalist since 1992 and spent over a decade travelling the globe covering dance music for DJmag. He’s interviewed a range of subjects from Bat For Lashes, Foals and James ‘LCD Soundsystem’ Murphy to Katie Price and the Sugababes. He’s a keen photographer and has work featured in The Guardian.
← PREVIOUS POST
Futures, Weds 11th July
NEXT POST →
Kate Nash Review
Mailing List
Recent Posts
Website developed in Brighton by Infobo
Copyright © Brighton Source 2009-2020
Rounder Records To Close After 46 Years - Brighton Source