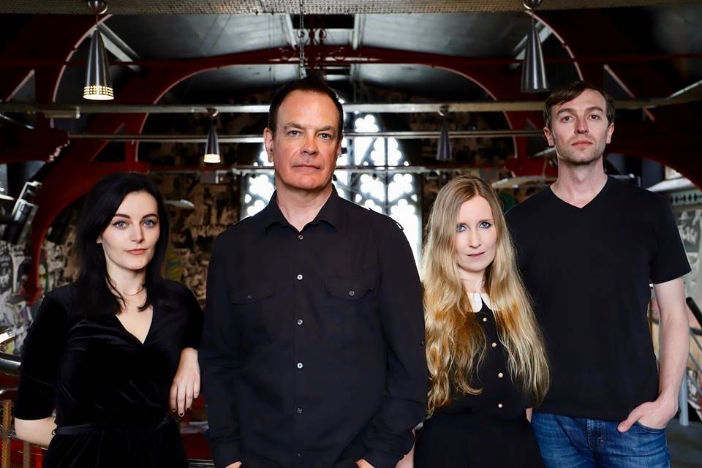 At The Edge Of The Sea turns 10

The Wedding Present’s annual mini-festival At The Edge Of The Sea celebrates its tenth anniversary this weekend, kicking off with a film premiere at the Duke Of York’s. Something Left Behind focuses on the Leeds’ band’s debut album ‘George Best’, a classic collision of broken relationships and breakneck guitars. The documentary screens at 4pm and is followed by a Q&A with band leader David Gedge, former Wedding Present drummer Shaun Charman and director Andrew Jezard.

At The Edge Of The Sea moves on to the Concorde 2 for the rest of the weekend, with Friday night’s bill seeing the band performing a 30th birthday celebration of their early singles compilation ‘Tommy’, with support from awesome post-punk group Desperate Journalist. Saturday’s all-dayer finds The Wedding Present joined by Gedge’s other band Cinerama and a strong bill of past and present friends including Terry de Castro, Helen And The Horns, Young Romance, Salad, The Catenary Wires, Amelia Coburn, Jetstream Pony, Oliver Elf Army, All Flags Are Grey and Vinny Peculiar.

Stuart Huggett grew up in Hastings, writing fanzines and blogs about the town’s underground music scene. He has been a regular contributor to SOURCE, NME, The Quietus and Bowlegs. His huge archive of magazines, flyers and vinyl is either an invaluable research tool or a bloody pain. He occasionally runs tinpot record label Dizzy Tiger, DJs sporadically and plays live even less.
← PREVIOUS POST
Burt Bacharach Review
NEXT POST →
A Midsummer Night's Dream Review
Mailing List
Recent Posts
Website developed in Brighton by Infobo
Copyright © Brighton Source 2009-2021
At The Edge Of The Sea turns 10 - Brighton Source