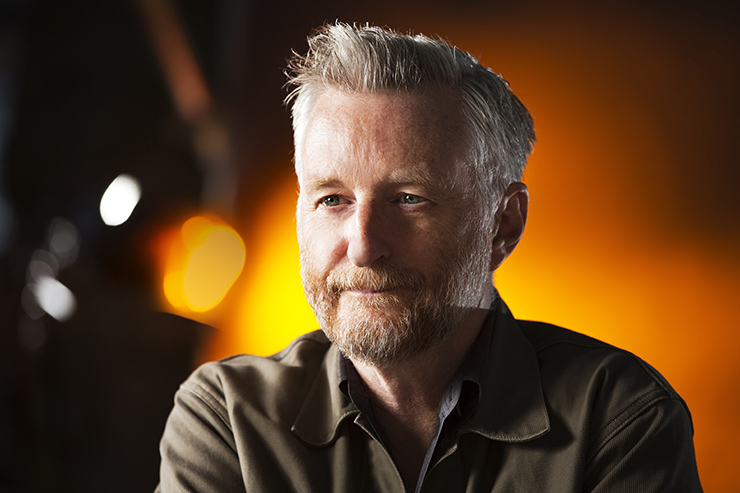 Veteran political and empathetic singer-songwriter Billy Bragg is back on tour bringing his own emotional stamp to the pandemic experience with his newly released 13th studio album ‘The Million Things That Never Happened’.

Both performer and fans are now entering their fifth decade of the back catalogue, growing into maturity together. For many, the first memory of a Billy Bragg gig is an explosive one, his stage adorned with ‘Coal Not Dole’ posters during the 80s miners’ strike and the heartfelt spirit of his debut album ‘Life’s A Riot With Spy Vs Spy’.

The 12 songs on his new release show a softer side and have richer vocals than his early work, but they continue with the country rock melodies he’s adopted along the way. The lyrics are deeply personal and reflective of the last two years. The title track focuses on opportunities missed, “A hug for the crying, a kiss for the dying”, while the sensitive ‘I Will Be Your Shield’ highlights his instinct to physically and emotionally protect others.

Bragg made headlines this week for recently tweaking the words to his 1991 hit ‘Sexuality’ to support trans rights. This climate of inclusion and connectivity will undoubtedly be at the heart of his live performances, alongside a crowd-pleasing bundle of old classics. When the world falls apart some things stay in place.

Sometimes an article is a bit of a team effort, and those are tagged SOURCE Writers. If you’d like to be part of that team, hit the Contact link at the top and get your work on this website.
← PREVIOUS POST
Love Supreme Festival, 1st - 3rd July 2022
NEXT POST →
Laura Marling Review
Mailing List
Recent Posts
Website developed in Brighton by Infobo
Copyright © Brighton Source 2009-2021
Billy Bragg, Tues 23rd November - Brighton Source