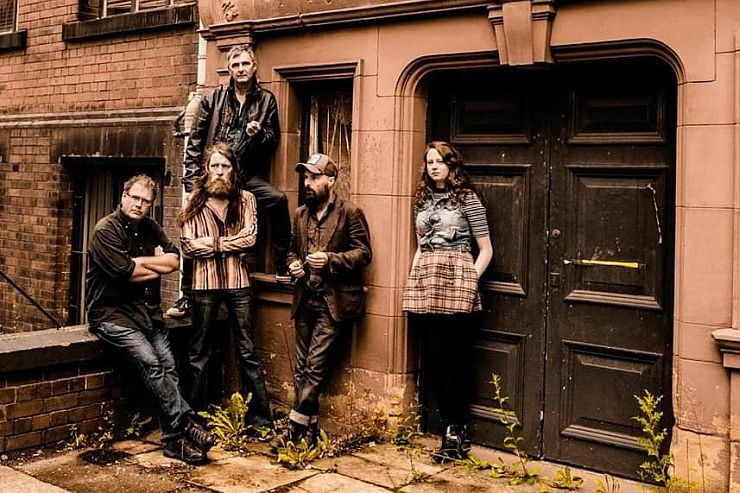 The ten tracks mix indie-pop sensibilities with grandiose arrangements propelled by a swirling Hammond organ, lending some tracks a sixties mod/psych feel. There’s even a cover of Chicago’s ‘25 Or 6 To 4’ which at least equals the classic original, giving it a homespun North West feel. ‘Street Of Flowers’ is a little proggy but in a good way and overall this is a hugely enjoyable album that will have the makings of a great live set. The band retains the classic line-up from their last two albums with the interesting addition of electric ukulele player Tansy McNally.

In support are Oldfield Youth Club, led by Simon Rivers of Bitter Springs, who recently collaborated on the new Mick Jones-produced Vic Godard album as well as working on his own forthcoming solo album. The three-piece is completed by Simon’s wife Kim on bass and school friend Neil Palmer on drums who were all members of well-respected 80s band The Last Party. They’ve released four singles, the most recent being ‘Cutbacks’, a rollicking swipe at how government policies hinder the public’s wellbeing.

Tickets are on sale now from Resident Records or online here.