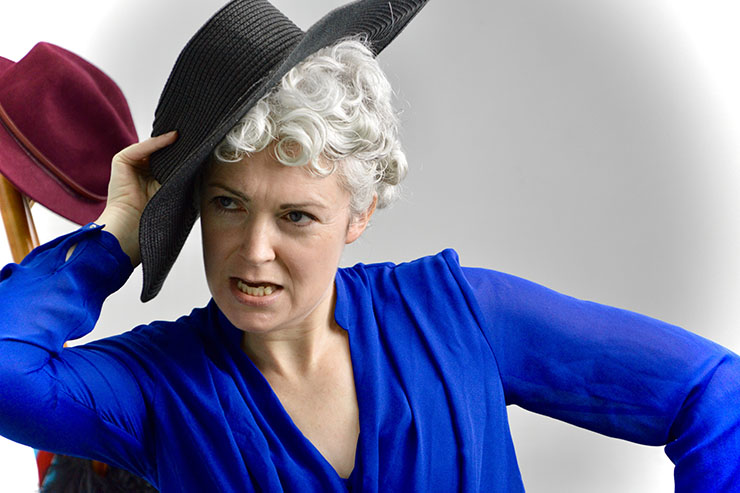 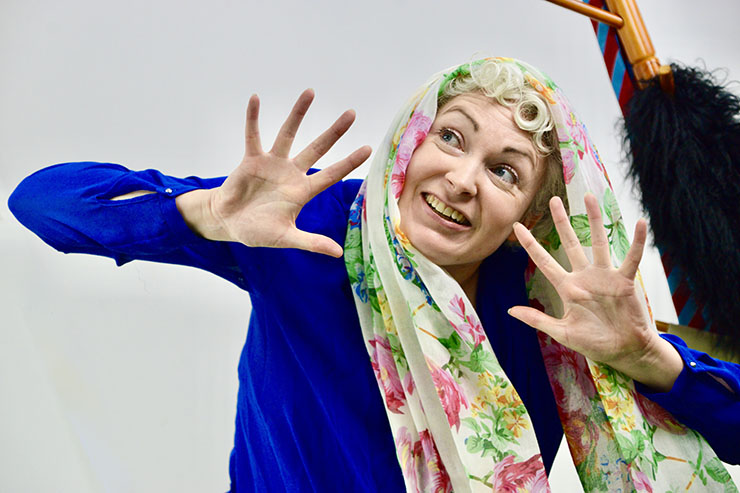 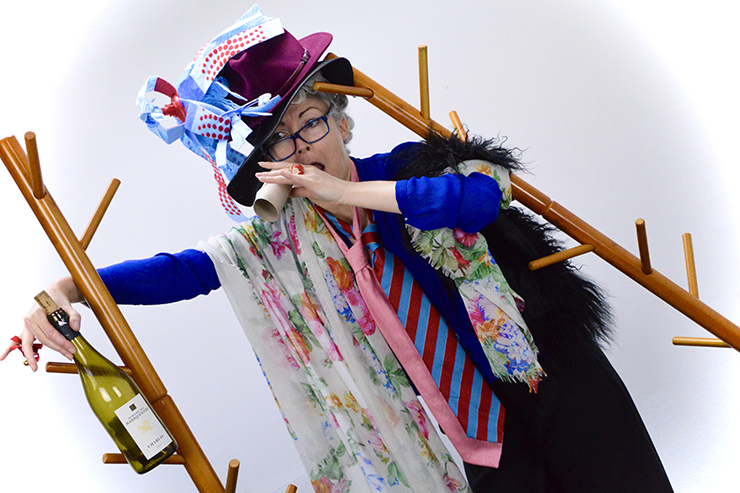 This show is about one woman playing every role in a 60-minute stand-up version of Shakespeare’s famously silly play, Twelfth Night.

The idea for this version of the Bard’s chaotically comedic tale was kicked off by Orla Sanders nearly 18 months ago. It started as a fundraiser for Personal Protection Equipment during the first Covid lockdown. She’s now switched from that virtual platform to the touchy feely – albeit social distanced – world of a black stage at the Electric Arcade bar beneath the Zip wire tower.

Orla has good form as an actor and has performed at the Kings Head, Cockpit and Etcetera theatres in London. She’s rightly proud to subtitle this production as “one actress, 12 characters, 60 minutes and 7,500 words”.

That doesn’t even include the number of lightning costume changes she completes within the show. The distinction between characters is indicated by the change of a hat, a shift in posture, or an alteration in her voice. She swaps a scarf for a shawl, sports a moustache with a finger above her lip, or flips a yellow florescent bike shirt round her waist. A buff cardboard toilet roll cylinder becomes her telescope to spy out to sea.

Of course, disguise, misrecognition and gender swaps are no strangers to aficionados of Brighton Pride, sadly cancelled this year due to Covid restrictions. Yet Shakespeare and others playwrights were teasing with gender-bending and cross-dressing before the terms existed. “Shall we set about some revelry?” His character says. Our William was busy adapting older folk tales about identical twins, or women pretending to be men – causing mayhem to the established order – way back in the sixteenth century. You can always do a lot of mischief in theatre!

The stage design was sensibly simple – so our focus remained definitely on the frenetic action – and with the rapid on-stage costume changes – we couldn’t afford any distraction. Yet, at times, it was hard to catch the words that were spoken at frenetic speed or swallowed too quickly. Maybe there could be a change in tempo from time to time, a few longer pauses in the action, or a deeper embodiment of the crazy characters?

The Electric Arcade has the potential to be an intimate performance venue, with a low ceiling, black stage and a bar in the back corner. There were just under 20 people in the audience – not bad considering the England football team were about to start their own drama in front of half the country’s population. But look behind you, beyond the bar, and you’ll see the sea and the Palace Pier. That’s quite site-specific considering that Twelfth Night includes some coastal namechecks!

Nevertheless, it might be prudent to close the sea-facing door at some point. Guys walking along the lower prom with bomb-blaster music systems, barking dogs, shouting people, and customers occasionally passing through the audience on their way to the toilet distracted at times from the carefully curated music and the actor’s voice.

We really look forward to seeing Orla Sanders and her team back in Brighton soon.

Mike lives in Brighton. This is a full time occupation. He's also a researcher, writer and activist. Any time left over he spends hanging around cafes and pubs listening to people on their phones. He loves theatre that pokes into difficult places. You won't find him on Facebook.
← PREVIOUS POST
The Specials, Sat 4th Sept
NEXT POST →
Blue Orchids & Oldfield Youth Club, Sun 8th August