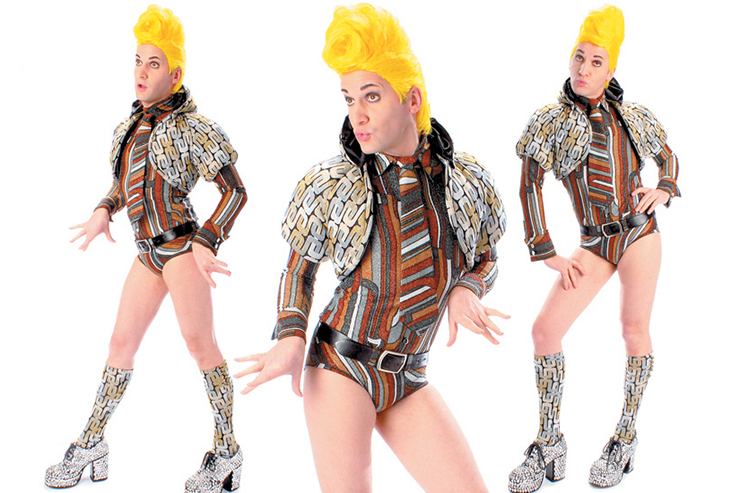 A mischievous gathering drawn up by David Bramwell and Boogaloo Stu is a must-see for reasons familiar to anyone who’s been entertained by either performer over the last decade or so in Brighton. As an attempt at introduction for the uninitiated, though, we could mention Bramwell as the creator of the much-loved Catalyst Club, where the inspired, brilliant and eccentric converge on a dependably eye and mind-opening scale.

Specialists and enthusiasts have brought a succession of extraordinary stories to the club since its inception in 2004, with the freewheeling monologist, writer and musician casting a keen curatorial eye. Among other talents, Bramwell makes shows for BBC Radio 3 and Radio 4, while Stu, too, has polymathic tendencies. As the instigator of Dynamite Boogaloo – an utterly unabashed, end-of-the-world style party baring flesh, outlandish frivolities and an ecstatic stage show – his cultural status is reverential in Brighton and beyond. He’s creating a new piece of clowning, live art and portraiture for this one-off night at Phoenix, with plans to peer into audience members’ souls to do so, soundtracked by a collage of fake orgasms informed by live crowd contributions.