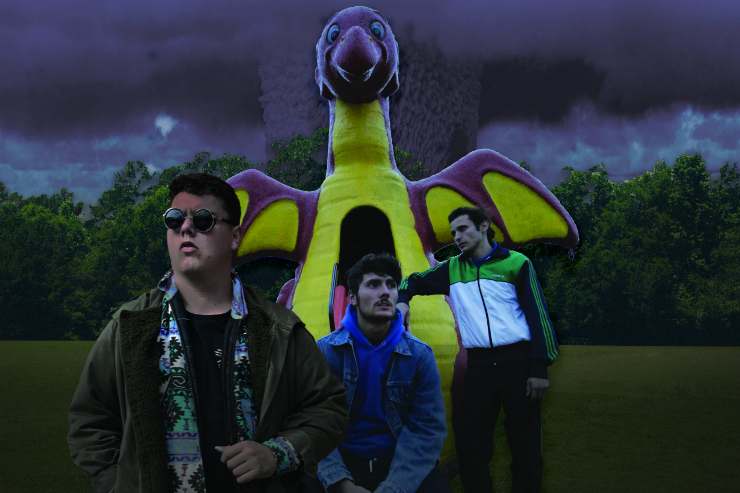 Dr James Rowlins, who founded the ambitious Brighton International Film Festival in 2017, is an expert in French New Wave and film noir, writing a thesis on a stylish classic – Jean-Luc Godard’s ‘Breathless’, from 1960 – and studying and teaching film in California and Singapore. His programme of screenings and talks, which were well-received at venues including Duke’s at Komedia and Hotel Pelirocco in May, is now continuing to inspire throughout the year, with the aim of creating a leading national festival of underground and indie cinema, driven by Brighton-based companies.

This double-bill features intriguing examples of the curatorial aim to choose a spirit of daring originality over hype, beginning with ‘Bleachy Doomsday‘ (above). Produced on a miniscule budget of £3,000. it starts in a carwash and runs for the wastelands of the future many millennials currently perceive, with bright tracksuits (and a colourful dinosaur) throwing light on a pessimistic tunnel-vision of the apocalypse, as seen by a cast under the direction of local filmmaker Toby Hyder.

Unnerving stories with a bucolic backdrop and bloody brutality are also the stuff of ‘Lonely Hearts‘, a trashy horror emanating from the self-described “sick ideas” of Jess Hunt and co-director Sam Mason-Bell. The film traces, in sleazy, comedic fashion, the paths of five young singles, lured to take part in a reality television show in the countryside, but faced with a gruesome (and often partially naked) fate.

Rowlins believes film festivals should aim higher and offer more substance, which might explain why even the intervals will entertain here, packing in two shorter works. Continuing the theme of unusual journeys, ‘Southgate to Brighton’ crosses the M25 in the company of two childhood friends attending a wedding, finding themselves chaperoned by an unwanted acquaintance who brings with him loud Greek music and food. ‘Brothers’, which is also on the bill, sounds a quieter story: its two protagonists live in the woods, almost entirely disconnected from the world.

Visit the festival homepage for more.