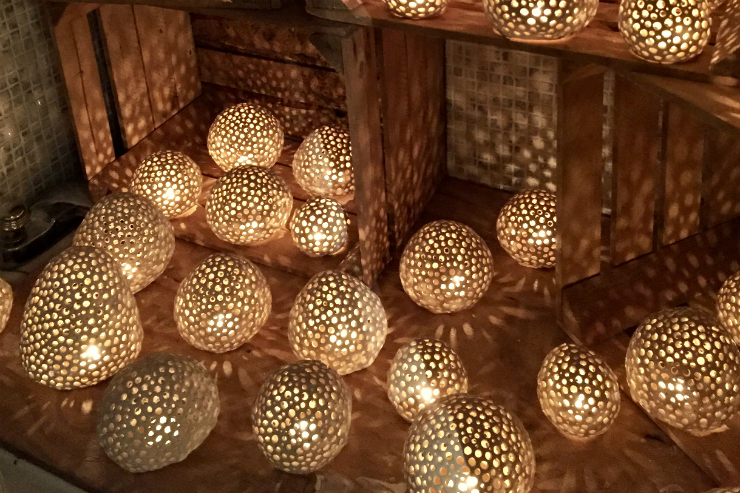 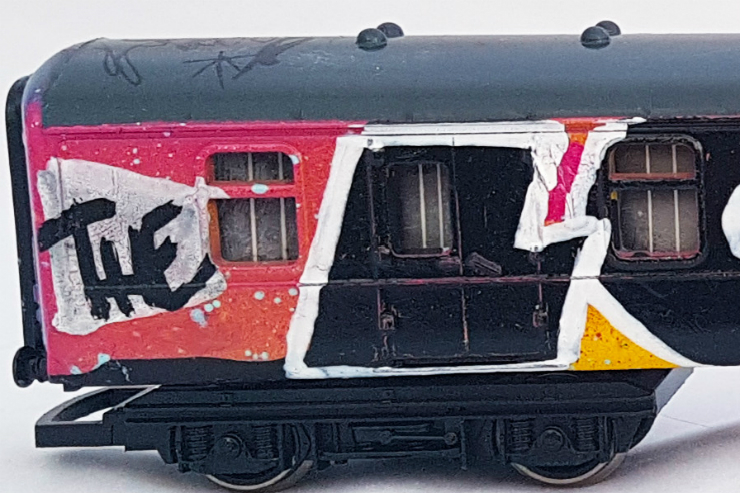 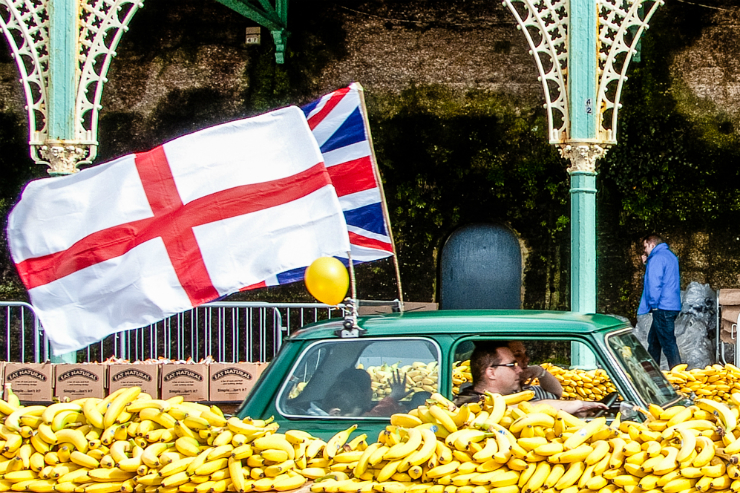 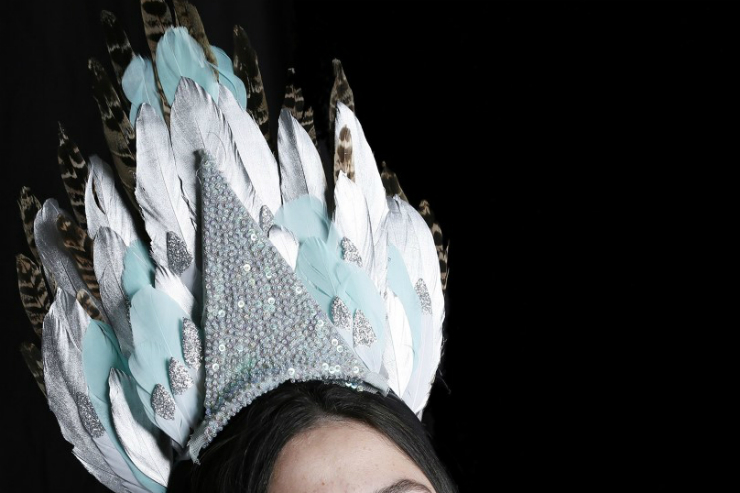 Which Artists Open Houses to see this Christmas?

At the risk of telling you how to spend your hard-earned readies this season – other than on sherry and snuff, of course – one cast-iron way to cut the crap and find long-lasting gifts that are genuinely great is at Christmas Artist Open Houses. Anything you buy supports local artists and their lovingly made work, although these homely exhibitions are always worth noseying around even if you don’t spend a bean. Brighton Source picks ten for starters.

As mothers of boys, photographer Emily Paxton and textile artist Pam Glew admit they have “spent far too long around toy trains”. Partly in response to that, the pair have brought around 40 international graffiti, urban and contemporary artists together to create exhibits on a tiny scale, contributing to a technicolour diorama based on a Hornby train set. Dance fans – particularly those of a 90s tinge – will be intrigued by a train made by drum and bass pioneer Goldie and a block of flats built by The Prodigy’s Maxim, urging people to “love more”.

Best known for his photo books, JJ Waller rarely exhibits his works. An offer by a fellow Whitehawk FC fan to host a show in a mews behind the former Dudley Hotel, though, has persuaded him to go solo for the first time at the festival, laying out his favourite images of the city and large rolls of wallpaper contact sheets (made with artist Deborah Bowness). Waller has drawn on his recent experience of displaying his work as an installation in a traditional bed and breakfast in Blackpool for one of his book launches, and says the show could encourage him to exhibit more often.

In May, this Grade II-listed house, built in 1820, featured a very contemporary group of artists, with the likes of Corpo Sancto, who makes rockstar candles and kimono lampshades, taking part. Karen Wright, the Yorkshire artist and chef who was a contestant on last year’s Great British Bake Off, and Iain Woods, a video artist combining pop performance with traditional fine art, are among the artists this time, as well as Vice illustrator Ella Strickland de Souza.

The increasing popularity of upcycling is demonstrably justified by this exhibition at a secret garden flat in Hove, where clothing, headwear, headdresses, homeware and road-kill taxidermy are among the wonders. Highlights include intricately worked, gloriously colourful furniture, cushions and high fashion from Leftover Threads and a framed sailor described as a “smoking hot rentboy” – one of numerous charmingly original works by Paul Green.

Setting out their space like a grotto in which tackiness is replaced by a dreamlike underworld of decadent art, it’s little wonder the people behind Rugby Road earned accolades for putting on the best Open Houses in the last two May festivals. Every inch of space is used across a forest of Christmas trees and decorations, creating an installation full of cards, baubles, jewellery, ceramic flowers and crochet sprouts. The garden has been opened this year, giving the artists more space to transform.

Amber Elise is an artist, illustrator and muralist who has recently moved to Brighton having been the co-creator of Bristol art gem The Little Shop. There are limited edition prints, greeting card designs, printed textiles and the chance for kids to colour their own T-shirts in Elise’s first involvement in the festival, highlighting the bold, joyful designs of an artist known for screenprinting, watercolour and paper-cut works which combine traditional and digital techniques.

No-one (with the possible exception of animals) uses feathers more expertly than Jessica Christie-Miller, who is hosting a solo exhibition of her pheasant feather wreaths, candle holders, earring designs, festival-style headdresses and decorations made over the past couple of months. Christie-Miller’s background is in fashion styling and window dressing, and the artist, who says she is “extremely excited” about the show, will be answering questions about her artistic process, inspiration and where she gets all those feathers from.

With 44 artists working in “all the media you can imagine”, New England House (probably) has the largest number of exhibitors under a single roof of any house in the festival’s Christmas edition. Up on Level Six, Laura Ryan combines classical figurative drawing skills, exploring “the lightness and brightness of being”. “London Road is a pretty endless source of inspiration with regards to the human experience, although often quite a gritty one,” she says, adding of the show: “I would get the stairs out of the way early and start at the top – then you can enjoy a meander through the building and follow the scent of mulled wine.”

Two excellent local artists are at the heart of this exhibition. Shyama Ruffell takes inspiration from the views out onto her garden to create bright paintings and colourful, durable textiles, using pattern as the constant connection between works entwined with butterfly, insect and botanical markings. Host Kate Strachan is a designer and maker who teaches and has a studio at Phoenix Brighton, specialising in limited edition silkscreen prints on textiles and paper. “We start by choosing groups of pieces that work together laid out on the floor and sofa,” reveals Ruffell of the group show. “Then it’s all hands on deck, a trolley laden with tools, and the up a little bit, down a little bit begins.”

Her Majesty blowing bubblegum, embroidery kits, darkly luxurious baubles, sweary bracelets and screenprinted bags are a few of the highlights at this winningly subversive group show. Shortlisted for Best Open House in previous years, this is perhaps the most eclectic exhibition of all, with more than 30 artists creating everything from artisan candles to signs proclaiming “ho f****** ho”. Look out for stylish art prints reinterpreting classic rock’n’roll gigs by Alex Borg, a variety of Christmas bulbs and a range of skincare and bath salts that are guaranteed to spark joy in a way that tired old Lynx Africa gift box never could.