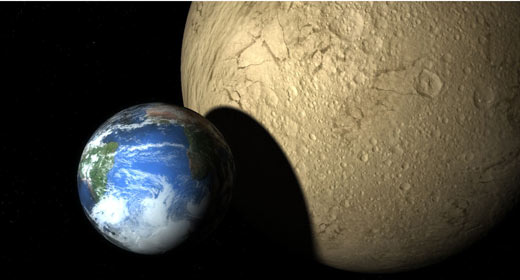 FILM: Melancholia
Duke of York’s until Weds 5th
As well as being the Urban Dictionary definition of where most Brightonians spend their Sundays and the sort of title destined to be bestowed upon some ultra-hip future café in the North Laine, Planet Melancholia is the name of an ominous sphere heading towards the earth in this “beautiful movie about the end of the world”. Written by Palme d’Or winner Lars von Tier, it features a Cannes Best Actress-grabbing performance from demon-battling bride Kirsten Dunst, supported by Charlotte Gainsbourg and Kiefer Sutherland. (BM)

TALK: The Space
Komedia Thurs 6th
Singlehandedly risking a superlative drought among writers agog at the big name line-up it announces every month, arts chit-chat panel The Space pulls yet another blockbuster pair of rabbits out of its headliner hat this time around. Skin – she of the otherworldly beauty and acidic lyrics that gave vocal and visual venom to Skunk Anansie – is joined by Brian Tufano, the cinematographer behind Trainspotting, Billy Elliot, Shallow Grave and Quadrophenia for a Briggy Smale interview. It really is about time we went again. (BM)

EVENT: City Reads 2011
The Old Market until Sun 9th
City Reads is an excellent campaign promoting books across the city for a month, culminating in a weekend of fun from Thursday 6th. Speakers include definitive rum guide author Dave Broom, insights into Bob Marley and The Wailers’ Rastafarianism from cultural historian Colin Grant, dub reggae poet Linton Kwesi Johnson and workshops where you can have the perfect book prescribed for you. Andrea Levy, whose book ‘The Long Song’ is this year’s chosen City Read book, also leads a closing discussion. (BM)

COMEDY: Foster’s Funny Live
Coalition Thurs 13th
Bloody bargain comedy night, sponsored by the champagne-like Aussie beer (any dissenters will be ruthlessly heckled) with an excellent midweek line-up. If you don’t know what Chris Martin and Rob Heeney are like from their regular appearances on TV and radio then it’s probably about time you found out, topping a bill completed by award-winning Middlesbrough magician Pete Firman and Stephen Grant, who you usually have to pay three times as much to see at the Komedia’s Krater Comedy Club. (BM)

BIG LEBOWSKI PARTY •
Northern Lights Sat 15th
With typical Scandinavian idiosyncrasy, Northern Lights, one of The Lanes’ best-hidden gems, hosts the fourth annual celebration of everyone’s favourite dressing gown-wearing stoner loser. After a screening of the film you can see what condition your condition is in by entering the bowling competition, sampling In and Out burgers, Lingonberry pancakes and White Russians, and showing your dudeism in The Lebowski quiz (not for amateurs). Fancy dress is actively encouraged, pissing on rugs is not. (LMM)

COMEDY: Jo Neary and Simon Donald
Upstairs at Three And Ten Weds 19th
If the main comedy fest is the glitzy but high-maintenance live-in spouse, then the Three And Ten’s fringe is the filthy action-packed romp of the sort Simon Donald, of Viz fame, would certainly approve. The writer for everyone’s favourite high-brow comic has brought his beef curtains down as part of a double-bill with the ever-stupendous Jo Neary, who’s bravely recounting her teenage years in a 1980s backwater certain to provide rich weaponry for her brilliantly cringeworthy style. (BM)

CABARET: Lorraine Bowen’s Polyester Fiesta •
Komedia Sun 16th
From self-made instruments and ukulele axe-wielding to Casio organ-pounding and albums with names like ‘Clean Sheets’ and ‘Manhole’, there’s almost nothing local goddess Lorraine Bowen can’t (or possibly won’t) do. In this one, the self-proclaimed queen of kitsch’n’sync (boom boom) branches off into fashion – specifically, a celebration of her passion for a certain fabric that has been maliciously maligned for the past 70 years. A pair of dancers, a comedy scientist and some charity shop vinyl assist. (BM)

THEATRE: Love Letters
New Venture Theatre Sat 22nd – 29th
Ever wondered how the people you fancied but never quite got drunk enough to ask out reacted when you sent them all those clumsy texts? Two Americans read the awkward letters they exchanged during 50 years of frustrated canoodling in this celebration of coyness/cowardice, revealing their reactions as they go. It might sound like a dream for lazy actors, but it’s actually been extremely popular (Elizabeth Taylor once took it on) and won writer AR Gurney a Pulitzer Prize nomination. (BM)

EVENT: LE TIGRE HALLOWEEN PARTY
West Hill Hall Sat 29th
Following on from March’s Ladies And Gentlemen, The Fabulous Stains screening, Riots Not Diets present a second evening of grrrl-powered films and music. Le Tigre tour documentary Who Took The Bomp? gets its first British showing outside London, and after the chairs are pushed aside there are sets from Covergirl, Skinny Girl Diet and Candy Panic Attack. The last party was glorious, so throw in Halloween fancy dress and some White Night stragglers and this should be better still. (SH)

ART: Erotica
Naked Eye Gallery until Mon 31st|
Take a look at the website of Cornish “illuminating erotica” artists Swallow and Bone and you’ll find penises protruding from a swan and, in the award-winning work on display here, a shimmering chandelier from which several throbbing members arc in glowing neon red. Elsewhere in this show, James Hunting explores sensuality and desire through embroidery and Peter Jarrette presents naughty cartoons alongside works in acrylic, oil and chalk pastel by Lucy Porter. Hot under the collar exhibition of the month. (BM)

Sometimes an article is a bit of a team effort, and those are tagged SOURCE Writers. If you’d like to be part of that team, hit the Contact link at the top and get your work on this website.
← PREVIOUS POST
Art: No Walls Gallery
NEXT POST →
Club Review: Blind Tiger
Mailing List
Recent Posts
Website developed in Brighton by Infobo
Copyright © Brighton Source 2009-2021
Culture: October - Brighton Source