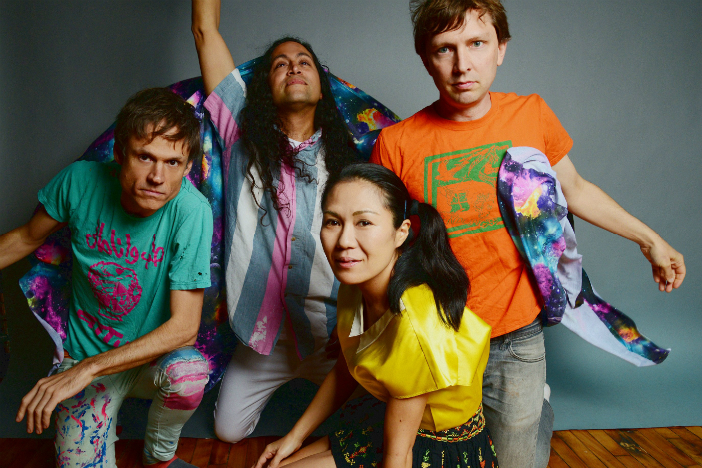 In 2016, Deerhoof – a San Francisco four-piece renowned for carefree, punk-based freewheeling – hooked up with contemporary classical collective Ensemble Dal Niente. The result, ‘Balter/Saunier’, included near-half hour avant-jazz movements and classical takes for the shuffle generation. But if the compositions proved as fresh and frenetically experimental as you’d expect from a collaboration involving one of the most ceaselessly innovative bands around, what was perhaps more surprising was that the merger sounded seamless and familiar rather than an exercise in bright novelty.

There’s huge promise, then, in Deerhoof’s alliance for the Brighton Festival, in which they will be joined in a premiere by Stargaze, the orchestra with whom they first worked in 2015. Back then, they created ‘Deerhoof Chamber Variations’, a cloudburst of chamber pop deconstruction based on songs originally written for Deerhoof by Greg Saunier, the group’s founder. One of the world’s most sublime and energetic drummers, the perennially cheery and wildly creative Saunier has written a series of special compositions for individual musicians, based on tracks from ‘In On The Kill Taker’, the 1993 album with which post-hardcore pioneers Fugazi broadened their horizons to game-changing effect.

Fans and those new to Deerhoof’s 14 albums, as well as their hugely entertaining live set-up, will also witness a rifle through the band’s back catalogue, before Stargaze return for the finale. Even by Saunier’s standards, all the signs point to radical unpredictability, colour and charm in a show co-commissioned by the festival.