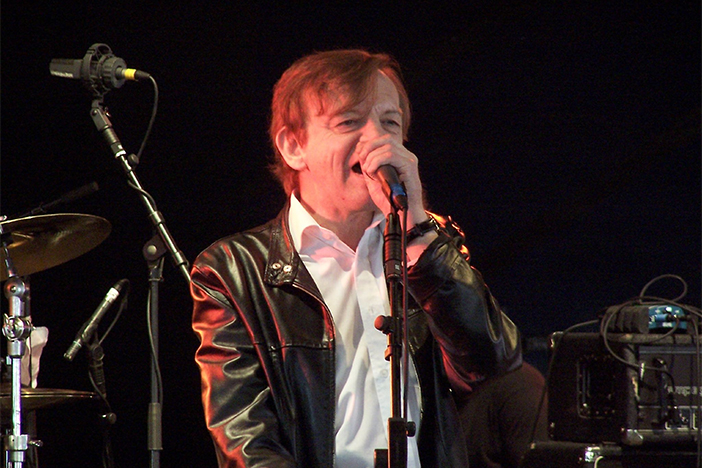 Followers of the Salford-born curmudgeonly frontman Mark E Smith are expecting to hear some new tracks from his band’s yet-untitled album sometime soon in the new year.

Mark E Smith appears to have lost keyboardist (and wife) Elena from the group very recently, after managing to maintain a regular line-up for roughly ten years. Although it’s been reported that MES has taken over keyboard duties it represents the first significant personnel change in a decade.

As usual, there will be prophecies of which songs from their 40-year and 30-album back catalogue will make the final setlist on the night. And as usual, all bets are off. But for what it’s worth we at Brighton Source would love to hear a return of the kazoo-heavy ‘New Face In Hell’.

Fans of The Fall invariably know what they are letting themselves in for – unpredictability. In the words of the late John Peel, The Fall are “always different – always the same”.

And in the words of MES himself: “It’s not repetition, it’s discipline”.

Sometimes an article is a bit of a team effort, and those are tagged SOURCE Writers. If you’d like to be part of that team, hit the Contact link at the top and get your work on this website.
← PREVIOUS POST
Death Valley Girls, Thurs 2nd Feb
NEXT POST →
Glug Brighton Design Event, Fri 27th January
Mailing List
Recent Posts
Website developed in Brighton by Infobo
Copyright © Brighton Source 2009-2021
The Fall, Sun 29th January - Brighton Source