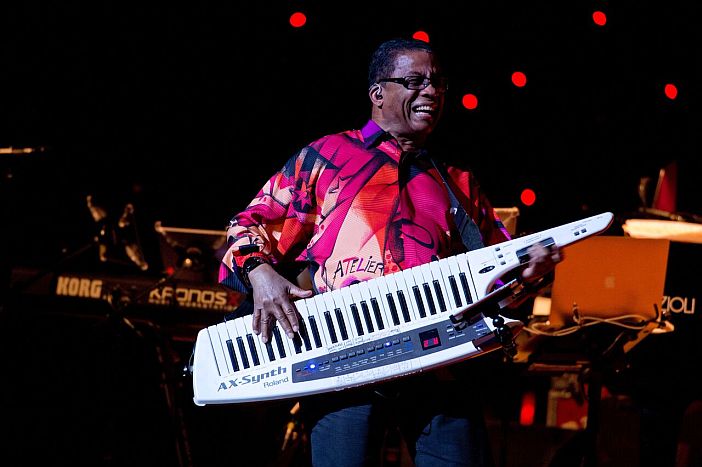 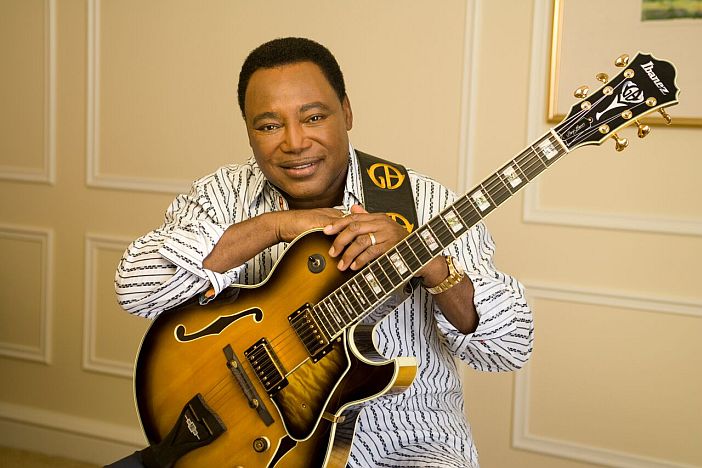 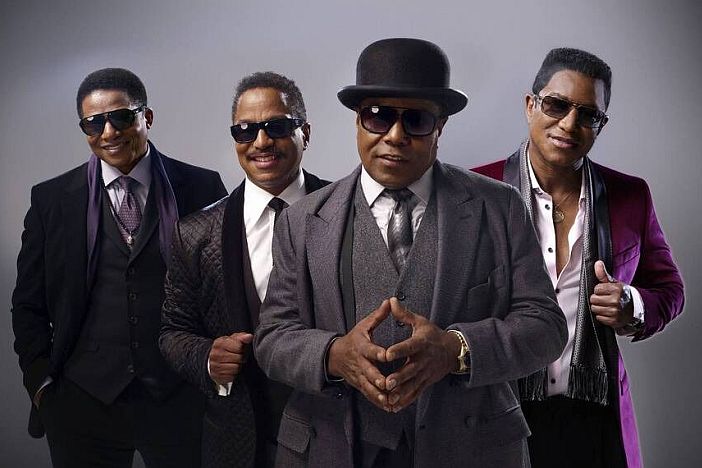 Now in its fifth year and obviously still a roaring success, Love Supreme 2017 have booked two bona fide legends of jazz, in the form of Herbie Hancock and George Benson and a supporting cast of incredibly talented performers that may even top last year’s event.

From early Blue Note cool, through fusion, funk and electro on a groundbreaking tenure with CBS Herbie Hancock has been an innovator his entire career. His compositions from acoustic classics such as Maiden Voyage and Watermelon Man, through The Headhunters and beyond have long been standards. This could be special.

George Benson began as a child singer, earned a reputation as a guitar sideman for the likes of Brother Jack MacDuff, then went global with Quincy Jones-produced disco hits such as Give Me The Night and Love x Love. His 2015 shows at the Dome were a masterful display of technique and style with a cheeky splash of showbiz.

The Jacksons may be missing their major component but they have an incredible back catalogue and 50 years of finely-honed stage craft to deliver what should be an incredible show.

Gregory Porter stole the show at the first two Love Supremes (see here and here) and returns to Glynde a worldwide phenomenon. From singing in tiny New York bars to selling out the Royal Albert Hall his success is a well-deserved tribute to his equally massive talent and personality.

Another LSF favourite, Laura Mvula, like Porter has gone from strength to strength. She has recorded an orchestral album, performed twice at The Proms and recently reworked The Delfonics’ Ready Or Not.

Bad Bad Not Good, Shabaka Hutchings and Yussef Kamaal have all been championed by Gilles Peterson and are very much in the Worldwide mode. All taking elements from the past to make future jazz with an edge, Hutchings has three groups playing this year.

Lee Fields & The Expressions are a perfect fit for this festival with their authentic funk and soul sound, where the much-missed Sharon Jones got her first break. In a similar vein, St Paul & The Broken Bones are an old school Southern soul revue last seen here at The Concorde last year.

No strangers to Brighton, New Orleans’ Hot 8 Brass Band are regular visitors to Coalition and even recorded a video for Sexual Healing marching through the North Laine.

With improved transport links and more names still to be added this could well be the best Love Supreme yet.

For more information and tickets visit the Love Supreme website.