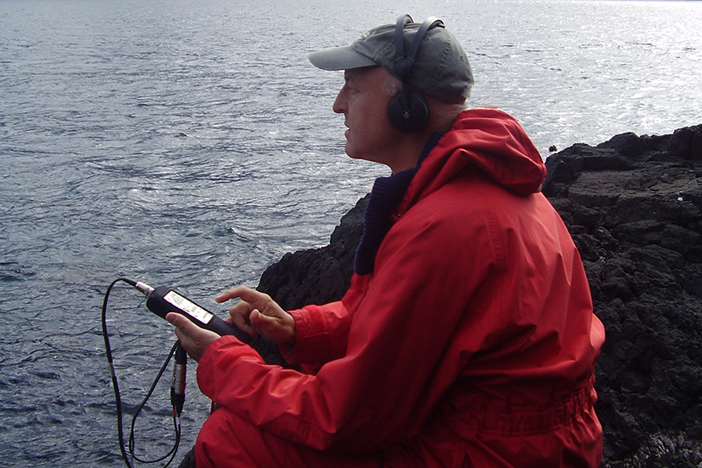 A meditative journey through the seas, Chris Watson’s ‘No Man’s Land’ is an immersive exploration of the depths of the oceans we’ve yet to discover. As one of the world’s leading recorders of life within the wild, his latest expedition is quite unmissable.

Having begun his career in sound recording in 1981 whilst working with Tyne Tees Television, Chris has since gone on to produce stunning and rare sound recordings, capturing animals living within their natural habitats. Whilst spending the last ten years working alongside visual arts students at Leeds Beckett University, he has received widespread recognition for his work in film, TV and radio. 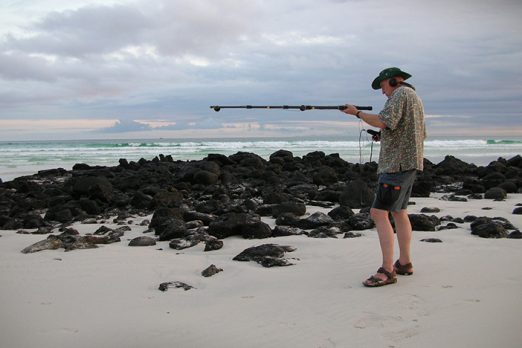 Following on from last year’s collaboration with the National Science and Media Museum for ‘Journey Through The Mirror Pool’, in which the audience is taken on an auditory plunge below Bradford city’s clock tower, this year’s extraordinary installation is hosted by ACCA, the educational arts hub for the University of Sussex.

The experimental art installation takes place in the belly of ACCA’s auditorium, once led inside you are immersed into complete darkness and have the fun of fumbling for chairs and beanbags positioned around the room. Faint mists of blue light guide you through your voyage across coral reefs and sanded seas, until a gentle hue of warm light sails you through to daybreak.

Whilst drifting alongside the gentle shores of Brighton’s coast, you’ll journey through the dark to hear the haunting melodies of humpback whales swimming through the Caribbean, the soulful ballads of seals bathing below the Antarctic Sea, before arriving back to the familiar sounds of starlings roosting under a crumbling West Pier.

‘No Man’s Land’ is a beautiful and tranquil excursion, enlightening us to all the secrets and sounds below the surface of the sea.