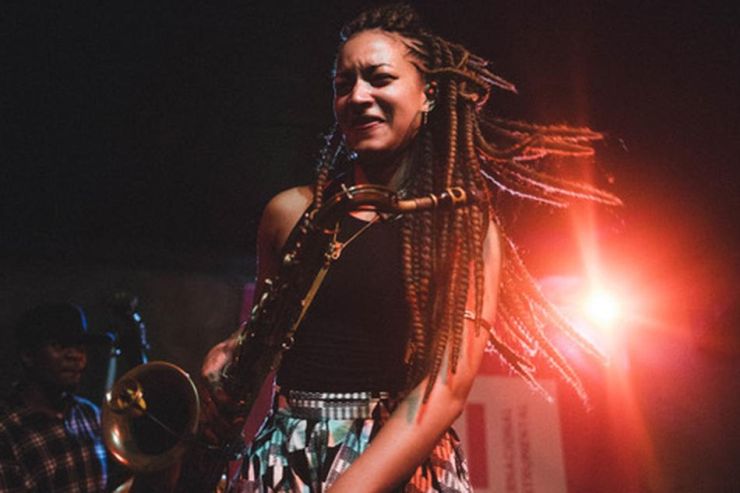 The British jazz scene has exploded over the past few years as evidenced by the continued success of the Love Supreme Festival, amongst others, but more so by the grass roots talents that have emerged as fledgling Tomorrow’s Warriors to become worldwide successes with their own groups.

This is all well and good, and while the scene is open and supportive to all, for some reason this is almost exclusively a boy’s club. There are some great young female musicians, such as guitarist Shirley Tetteh and pianist Sarah Tandy but the woman making the biggest impression at the moment must be North London’s Nubya Garcia.

The tenor saxophonist has won awards and toured the world, playing with man-of-the-moment Joe Armon-Jones as well as leading her own band. She has dazzled crowds at clubs and festivals and her debut EP is now a soughtafter record that’s recently been repressed. Garcia made several appearances in Brighton last year: two incredible sets with Armon-Jones and at the Brighton Festival alongside Carleen Anderson at A Change is Gonna Come and now she’s back with her first headline show. Expect fireworks.