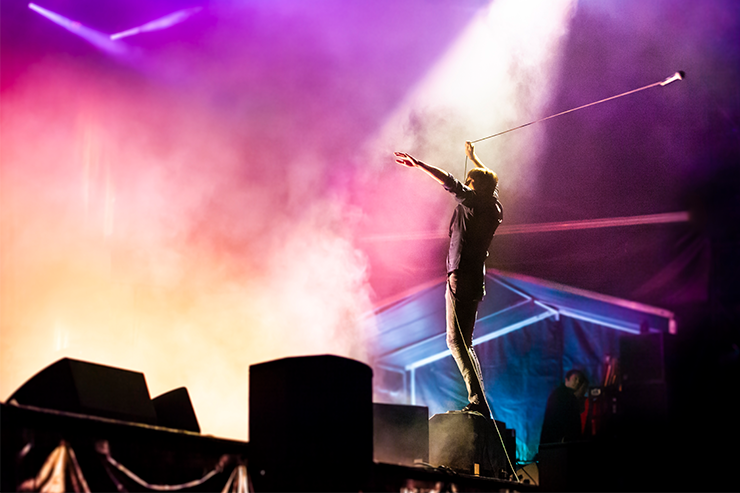 It’s a busy month for music, even in the city’s bistros. Festival punters stopping for lunch on Trafalgar Street should look out for this exhibition of live music photography, which runs until the second weekend of June at French cafe Mange Tout.

One By One Sixty is a collection of gig photographs by Brighton snapper Gili Dailes, taken between 2016 and 2019. The exhibition features well known artists such as Suede (above), Anderson .Paak and Florence + The Machine alongside local and up-and-coming bands.

Since moving here almost five years ago Gili has been shooting shows for artists and several publications, including Brighton Source. Her colourful concert photography strives to capture the emotion and energy of the numerous gigs she attends in Brighton and London. You only have to glance at some of these shots to see she has nailed it. 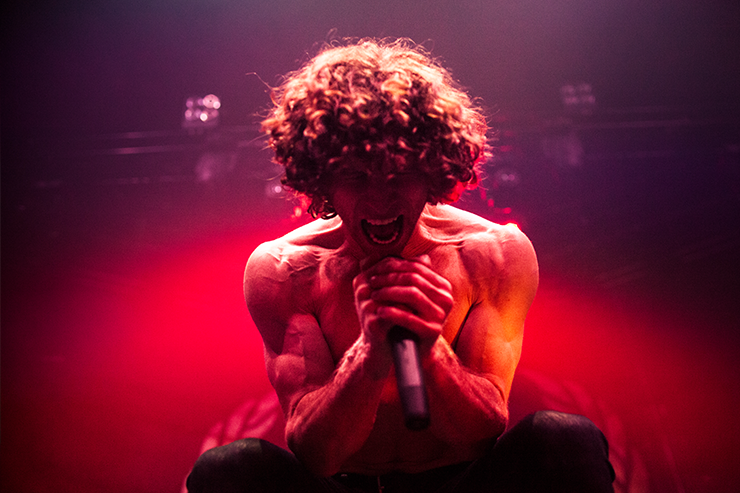 This photo she took of Nothing More’s frontman Jonny Hawkins was recently selected to be published in the second issue of A Music Photography Magazine curated by the renowned American photographer Adam Elmakias. The same photo was later also chosen to be exhibited at lens manufacturer Sigma’s headquarters in Los Angeles.

“Music has always been a huge part of my life and a place I would escape to when things got too hectic,” says Gili. “Photographing concerts is a way for me to contribute to the visual documentation of the music of an era, whilst also making these moments part of my personal journey.” The exhibition runs until June 9th, with an opening launch night on May 8th at 6pm.

Sometimes an article is a bit of a team effort, and those are tagged SOURCE Writers. If you’d like to be part of that team, hit the Contact link at the top and get your work on this website.
← PREVIOUS POST
Six Of The Strangest Hangings
NEXT POST →
Asbo Derek & Philip Jeays Review
Mailing List
Recent Posts
Website developed in Brighton by Infobo
Copyright © Brighton Source 2009-2021
One By One Sixty, May 8th - June 9th - Brighton Source