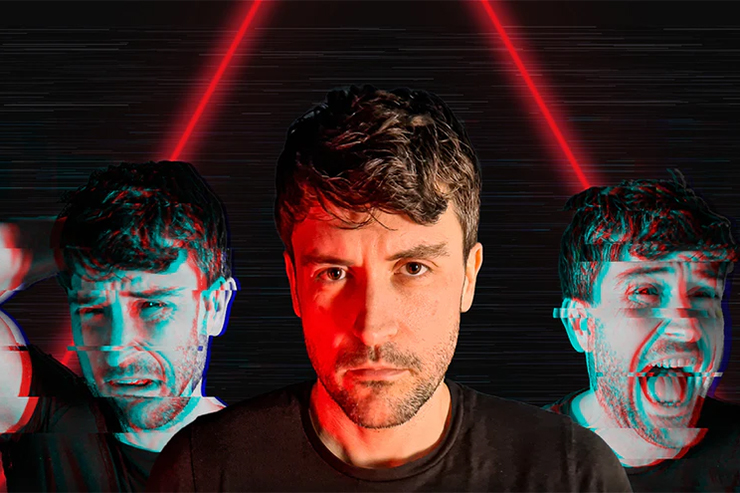 Reach for the Lasers

Have you been spending too many nights on the high-octane local club scene? Pushing 30 or 40 – or even 50 years old? Are you wondering where it’s all going?

This new play, written and performed by Stephen Bowen, takes the lid off the pot. It draws inspiration from Justin Kerrigan’s film Human Traffic – which explored a wild weekend of club culture, drugs and relationships in Cardiff 20 years ago.

Stephen tells us he was keen to delve back into that crazy world in this one-person performance, directed by Gemma Hoare. It delves “into the psyche of a man who doesn’t know when the party is over.” Many of his friends from that period have asked if the fictional character is based on them! The answer is “no”, but Stephen says “it will certainly seem realistic to many hanging around the clubs waiting for the action.”

The play seeks to understand what leads people to do this – and it also looks into the writer’s own past. “I play multiple characters,” he says, and yes, it’s adult content but he reckons people of “all ages will find this fascinating.”

The main character in the play has been rolling round in Stephen’s head for a while now. When he was out at clubs “I saw a lot of this kind of person” and so he was keen “to make theatre that people might not usually see.” We witness this high-octane journey as the character’s life unravels into a downward spiral.

But let’s not forget the sounds! Stephen produced all the electronic music at home – drum’n’bass, garage and house – and has been featured in spots on Radio 1.

Stephen lived in Brighton for 10 years, and studied drama, before moving a few miles north up the A23. In this one-person play he portrays multiple characters, and delves into that ‘human traffic generation’. “Lots of people in Brighton get stuck in this kind of lifestyle,” says Stephen, “and it’s destructive.”

Mike lives in Brighton. This is a full time occupation. He's also a researcher, writer and activist. Any time left over he spends hanging around cafes and pubs listening to people on their phones. He loves theatre that pokes into difficult places. You won't find him on Facebook.
← PREVIOUS POST
Locally Sourced, April 2022
NEXT POST →
Merlin in the Wild Wood