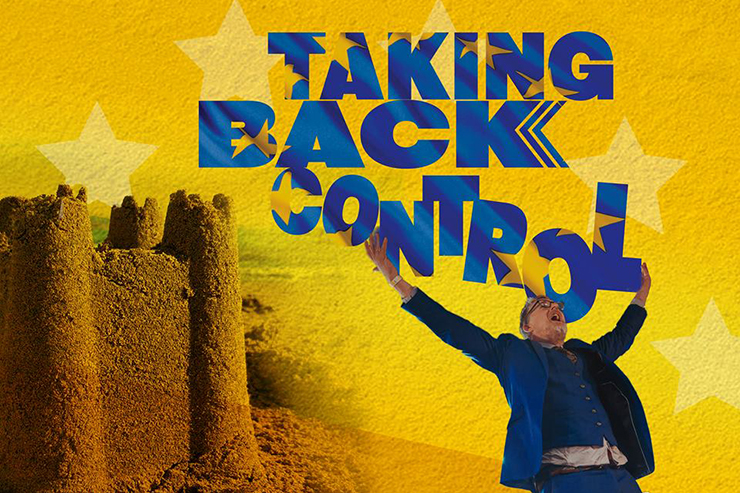 Never mind the lies, what really drove Brexit was the narrative. The leave campaign had a great story, even if it was a myth built on bullshit. Who can deny the appeal of the idea of taking back control? This month Brighton hosts a showcase of international performers in an event that seeks to flip that slogan on its bewildered, news-addled head.

Taking Back Control is a one-off night of poetry and music organised to mark the big day on March 29th. At Rialto Theatre wordsmiths from around the world will be telling a different story, one that might just be more powerful than the one we’re used to hearing. The performers are drawn from an impressive roll-call of countries including France, Spain, Denmark, Lebanon, Canada, USA, Ireland, Scotland and England.

“This time last year I led the creation of the Peripheral Visionaries Festival,” says organiser, Mike Parker. “When I saw that the same date this year was when the UK was doomed to be leaving the EU, I felt that I needed to create a similar event to ensure we continue to stay connected whatever political decisions are taken outside our control. It is more important than ever that we hear voices that remind us that we are part of a diverse international community.”

The event takes place over two stages with the best of Brighton’s Hammer and Tongue poets appearing alongside an international team brought together by progressive arts group Paris Lit Up. The night also features Glasgow’s Mark McG, Bard of Worthing Joe Bunn, and a few familiar faces from Poets Vs MCs such as Sombras – an English/Spanish multilingual rap hybrid.

The show will open with young spoken word artists joining a live stream of performances alongside others at events in Greece, Cyprus, Poland, Estonia, Finland, Ireland, Portugal and other parts of the UK. There will also be music from UpRoar People’s Choir, The Private Sector and The Indelicates.

“The government seems to be turning Brexit into a bureaucratic version of perpetual war,” says Mike. “But leave, stay or delay, we are not going to delay our celebration of the fact that as artists we are taking back control. No one else gets to decide the shape and size of our community. We have always crossed borders. And we always will.”

Ben Bailey is the editor of Brighton Source and a freelance writer. He also plays in a few bands and can sometimes be found giving talks on a variety of niche topics. He lives in Brighton and rather likes it.
← PREVIOUS POST
Doc’n Roll Film Festival, 1st-7th April
NEXT POST →
SK Shlomo + Tilda Allie Review
Mailing List
Recent Posts
Website developed in Brighton by Infobo
Copyright © Brighton Source 2009-2021
Taking Back Control, Fri 29th Mar - Brighton Source