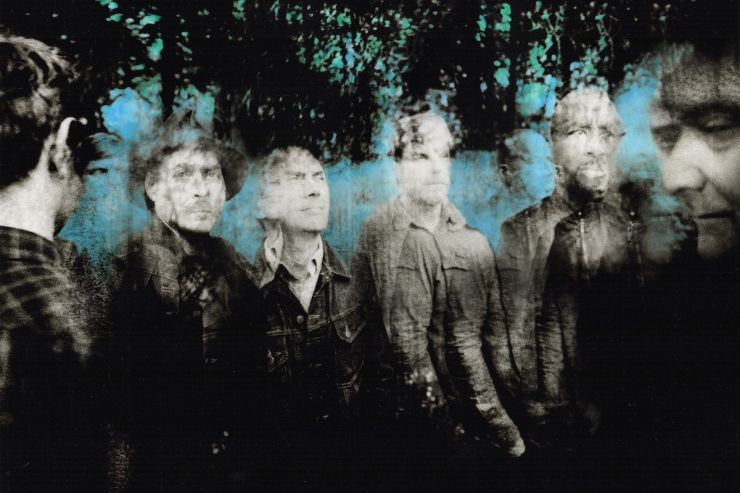 Inextricably linked with French film director Claire Denis, an association continued in 2018 with a score for her latest film High Life, Nottingham’s moody balladeers Tindersticks sound has always had a filmic quality about it. They performed a whole concert of their collaborations with Denis in front of projected film clips back in 2011, which turned out to be an instrumental show as vocalist Stuart Staples unfortunately had laryngitis.

Latest studio album ‘No Treasure But Hope’, their twelfth, features elegant arrangements and on ‘Trees Fall’ Staples emotes a delicate, frailty that recalls Bowie’s final works. Strings seductively shimmer on an album of beautifully-crafted songs that they’ll be performing at their spiritual Brighton home, the Dome Concert Hall.