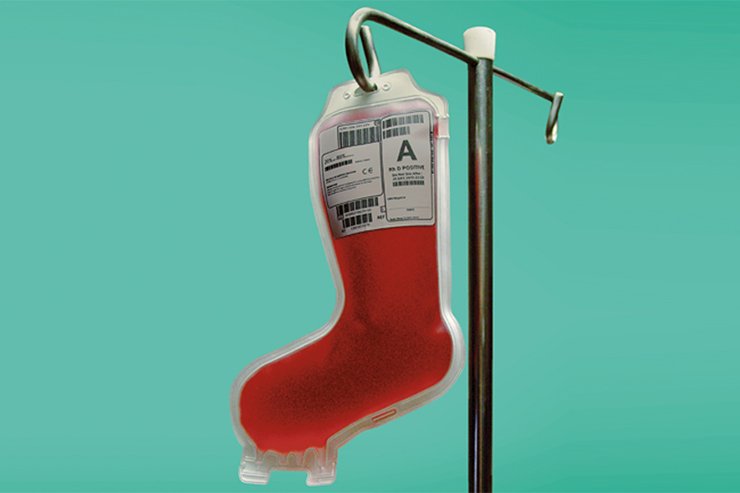 Twas The Nightshift Before Christmas Review

Adam Kay played Brighton Dome on Friday 13th December – the day after the general election, where many (well, let’s face it, it turned out to be more like “the few”) were voting with the future of the NHS in mind. It really was great timing to be at this particular comedy show. Forgive the cheese (there was certainly a lot of that in his routine), but Adam was a tonic!

For those unaware, Adam Kay is a doctor turned comedian, who once kept a detailed diary filled with details of what appears to be the best medical specialisms for comedy: obstetrics (pregnant women), gynaecology (ladies’ bits) and urology (men’s bits) which resulted in a book and a tour. That first book (This Is Going To Hurt) was a bestseller, one guaranteed to make you laugh and cry.

His latest tour involves more of the same, tying in with new book, Twas The Nightshift Before Christmas. It deals with the most wonderful time of year – when people injure themselves and get more drunk than ever and the NHS staff have to be available regardless of what day it is to sort out the mess. Fantastic comedy material, of course. Team this with Adam’s ability to play piano and belt out Christmas classics with the lyrics humorously adjusted and you’ll be howling with laughter.

Such gems as (sung to the tune of ‘When A Child Is Born’) – “A baby boy, pops out caked in shit… and Mary screams, ‘It feels like something’s split’.” The spirit of Christmas interwoven with the bleak realities of life makes a great combination. Consider the musical Christmas tie that fires up its tune the moment Dr Kay is breaking the news that a relative is dying or the suspicious green and red discharge relating to a new use for candy canes – all hospital life is here!

It would be interesting to know what percentage of the audience in attendance were NHS staff that night – one suspects a lot. There was a definite sense of comradery in the air, but even if you’ve never worked for the NHS, chances are you’ve been on the other side and anyway, who doesn’t love a “someone stuck something strange up their penis” story??

The show itself was short and sweet (70 minutes), but with the mix of chat, diary entries and songs it felt like everyone was getting more than enough for their money (a copy of the book was included in the ticket price, along with the opportunity to meet Adam after the show and to have it signed).

A quick glance at the inside cover of the new book will give you a flavour of Adam’s humour, as the reviews listed include: “Hilarious” – The Times, “Hilarious” – Charlie Brooker and “Hilarious” – Daily Express …. You get the idea and to be honest, it is a fair, succinct review!

Sometimes an article is a bit of a team effort, and those are tagged SOURCE Writers. If you’d like to be part of that team, hit the Contact link at the top and get your work on this website.
← PREVIOUS POST
Tindersticks, Sunday 2nd February
NEXT POST →
Triptych Mini-Fest, 16th-18th Jan
Mailing List
Recent Posts
Website developed in Brighton by Infobo
Copyright © Brighton Source 2009-2019
Twas The Nightshift Before Christmas Review - Brighton Source